How to interpret model coefficients from the summary of glm? 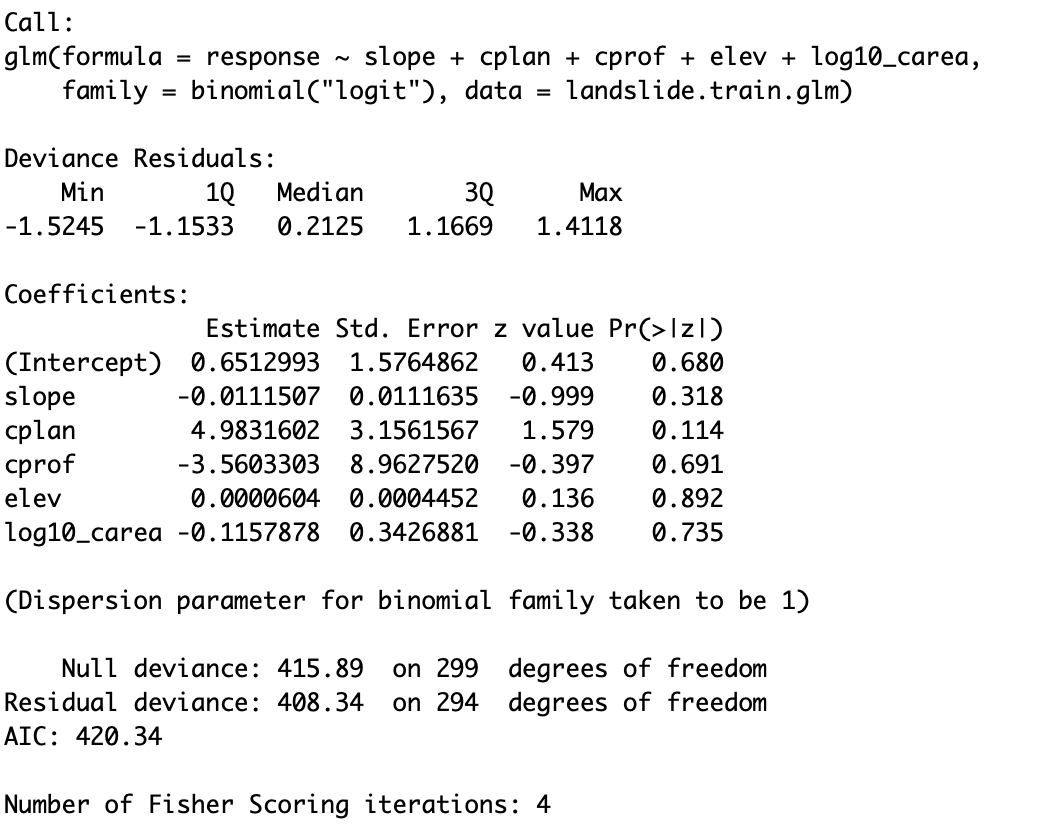 and here is the fitted model for the standardised variables: 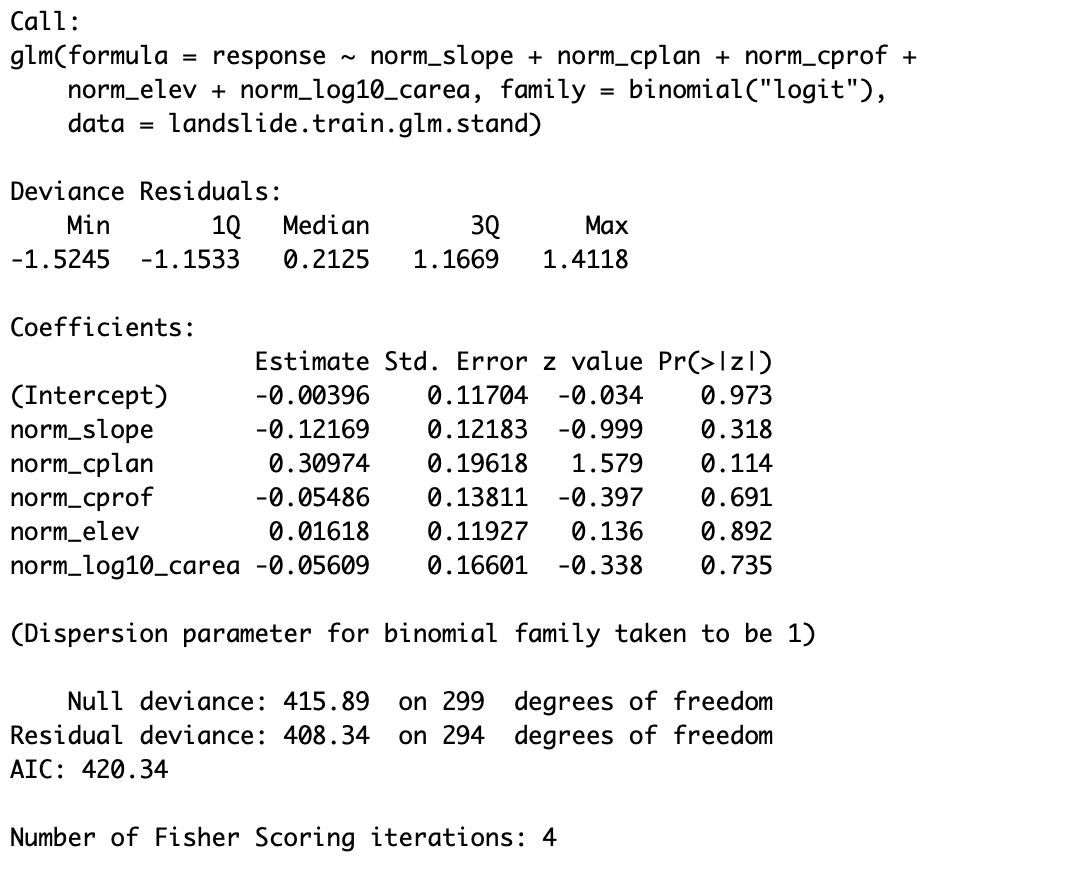 How do i interpret the model coefficients? All these numbers do not really make sense to me.

Any help will be appreciated to explain thank you.

Should i also expect that the residuals and RMSE for the original data and the standardised data to be exactly the same?

The coefficients in the unstandardized model can be interpreted as the expected change in the log of the odds of the response occurring corresponding to a 1-unit increase in the predictor holding constant all other predictors in the model. Log odds ratios are typically challenging to interpret, so sometimes people exponentiate the coefficients, which yields odds ratios. Odds ratios are also challenging to interpret; to get probability differences, you need to use a marginal effects procedure, which is available in the margins package.

3
GLM model validation; Patterns in residuals ? - R
4
How to interpret GLM coefficients?
2
Interpretting coefficients of a GLM as multiplicative
1
How to generate a glm with good residuals vs fitted
0
How to calculate standardized regression coefficients with beta.glm function in r having weights in my model?
0
Model validation with GEE-GLM
0
R summary(glm) - Coefficients: (1 not defined because of singularities)