This issue can be rather confusing because time-series books and notes ofen fail to explicitly differentiate between the general ARMA model (allowing any coefficient values) and the stationary ARMA model (requiring the roots of the AR part to be outside the unit circle). Many texts regard the "explosive" cases as being of no interest, and they also wish to exclude the ARIMA model from the ARMA form, so they will often implicitly assume they are dealing with the stationary ARMA model without mentioning the constraint explicitly. 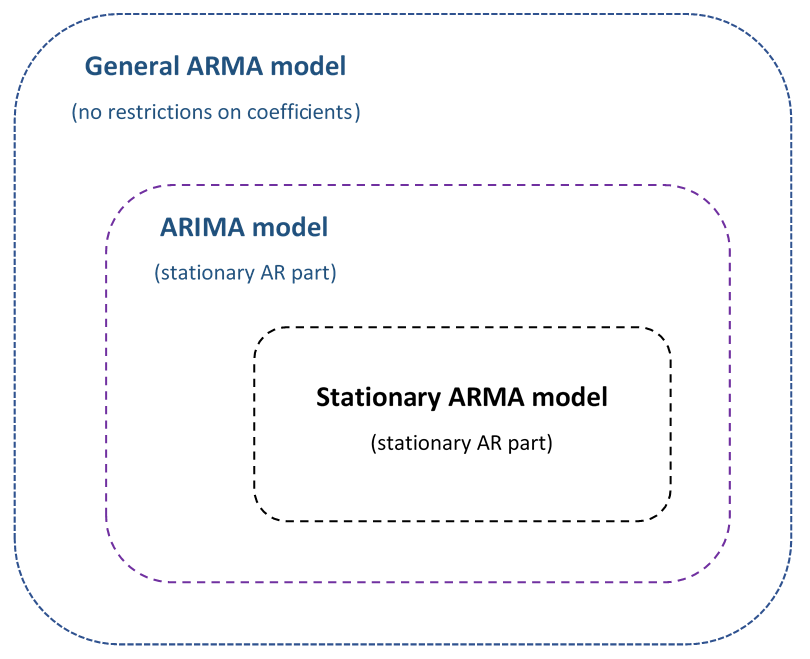 Not the answer you're looking for? Browse other questions tagged time-series arima or ask your own question.

23
What common forecasting models can be seen as special cases of ARIMA models?
4
Selecting between ARMA, GARCH and ARMA-GARCH models
3
Determine the number of parameters of ARIMA models for AIC calculation
2
Vector ARMA, trend and mean reversion
13
ARIMA vs Kalman filter - how are they related
4
How to choose between ARIMA and ARMA model