I have been given the following question,

and it can be then shown that

The following diagram plots and compares: 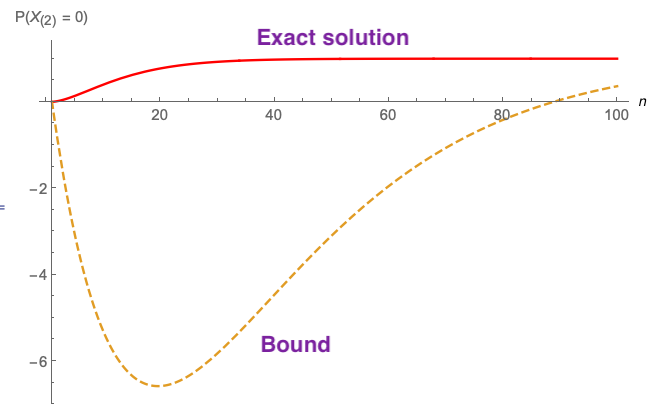 The bound appears useless for any proper purpose - even a drunk monkey could do better by simply choosing 0 than using the bound proposed that is negative over a huge chunk of the domain (and will get worse as $\lambda$ increases).

The quoted probability is the upper bound as the event is the least restrictive event among all events that falsify the statement, and any other events will be at least as, or more, restrictive. For example, one can condition on the one variate left out in the selection process, but that involve making more assumptions on the variate's value. Reducing the cardinality of an event (to its subset) will not increase the probability of that event happening, as shown in this Maths.SE question.

Not the answer you're looking for? Browse other questions tagged self-study poisson-distribution order-statistics probability-inequalities or ask your own question.