How to interpret a vertical/horizontal scatter plot?

This is a scatter plot of observations of the two variables indicated on the axes. How do you interpret it? 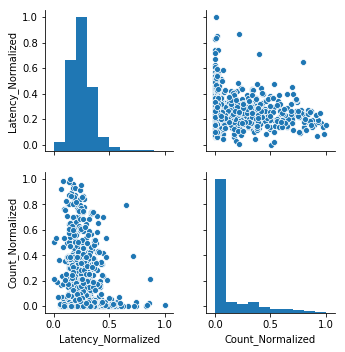 My understanding of correlation/scatter plots comes from this standard explanatory image:

However, I think my plot does not quite resemble any of these scenarios. My plots are reasonably 'thin', or 'concentrated' in one direction, like those of the second row in the picture, however they go straight along one axis (i.e. horizontal or vertical), not in some positive slope direction.

If I were to interpret these as graphs of one variable against the other, I would say that they have no effect on each other, as one increases/decreases, the other one stays pretty much fixed. Is the conclusion here that there is no correlation? Or is there something more to be said?

I agree that the plots suggest no obvious relationship between the two variables. But I want to mention some things.

Firstly, the correlation coefficient r for data like this could still be quite high and significant so I would say it is always a good idea to visualize the data as you did. Consider the following 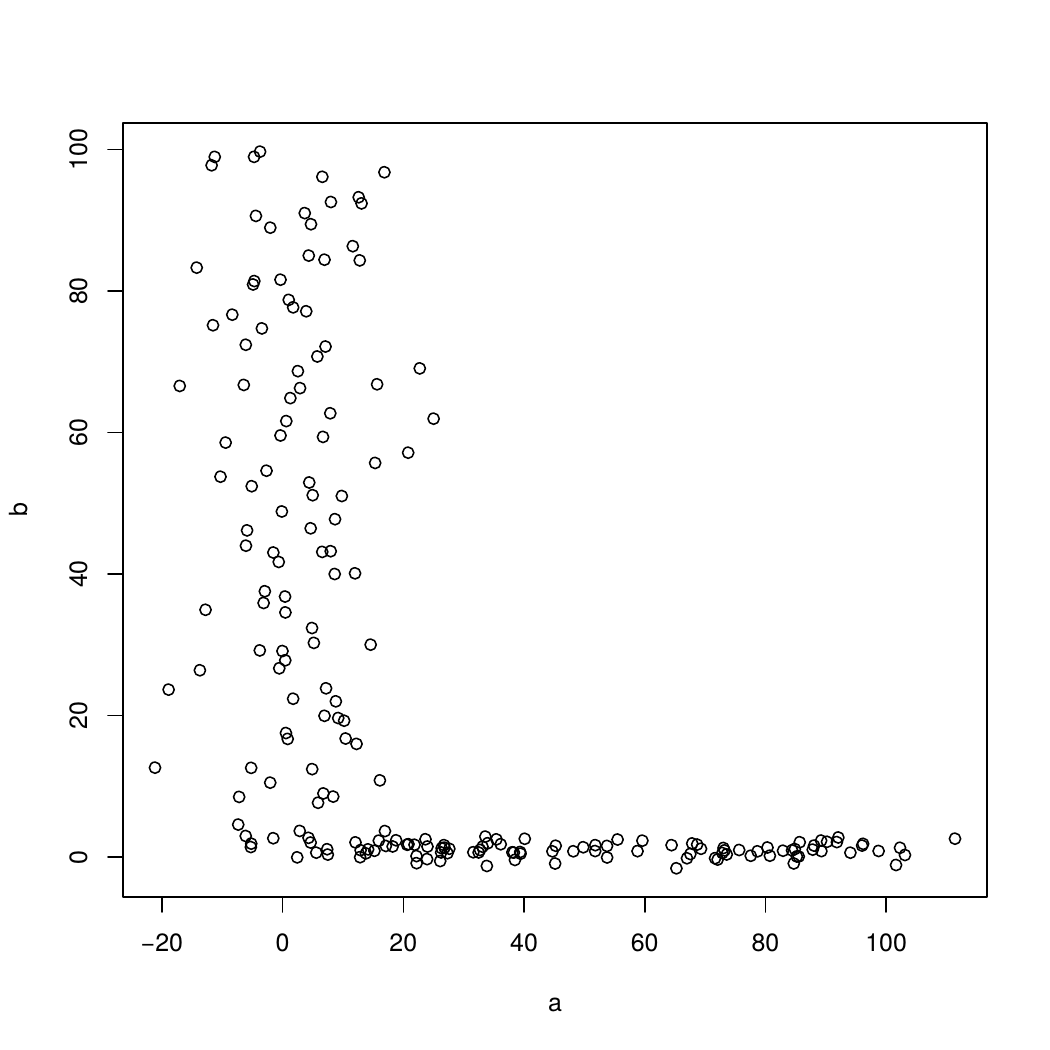 But it would be clearly inappropriate to assume a linear trend here.

Secondly, I don't think this is a big problem in your case judging by your plot but you still maybe want to read a little bit about overplotting. I suggest this because your can't really see much in the "tall cloud" in the range of latency_normalized 0 to 0.5.

Thirdly, the count-standardized variable is clearly right-skewed and zero-inflated. Maybe this is an issue but it depends on what you know about the data.

In the end I would say it depends on the meaning of the data how to interpret this plots. I am absolutely not sure about this interpretation but maybe there is some threshold going on here. The threshhold would be that there can't be any high count_standardized values once latency reached >=.5 (with a few exceptions, obviously). And maybe if you would apply transparency to the plot you would then see some relationship for the latency_standardized <.5 values with the count_standardized variable. But I can't tell whether this makes sense in your case to assume such a threshold.

Not the answer you're looking for? Browse other questions tagged correlation scatterplot or ask your own question.

9
How can I remove the z-order bias of a coloured scatter plot?
10
Exploring a scatter-plot matrix for many variables
2
How to interpret linear regression in scatter plot
1
Spearman correlation signficant but scatter plot not?
2
Ways to show how well or badly predicted data reflect observed data
2
Meaning of this scatter plot
0
Explaination behind the relation between the correlataion coefficient and distance of a typical point from the standard deviation line