An online game has a system where players can "curse" each other for bad behavior. The game developer graphs "total hours played v. number of curses" and takes a linear regression. The trend line has a positive slope of M.

Then, she remembers that she "reset" everyone's curse scores to zero at some point in the past. She should really use "total hours played since the reset" as her independent variable but she is very lazy.

What impact does not accounting for reset have on M if:

A. All players joined at the same time?

B. Players join the game all the time in a roughly uniform distribution including after the reset?

C. All players joined at roughly the same time, normally distributed about a date not long after the game was released? Not many players have joined since she reset everyone's curse score to zero.

I'm thinking in the first case that M would not change since it's a linear shift in the independent variable. But the y- intercept of the equation for the regression would be different. For case B, M would be artificially low, provided the rate individuals got cursed was not variable. (lets say it's not)

C is the one I'm most curious about. It's not a linear shift of the independent variable but rather a normally disturbed shift. Is there a theorem about this? If the deviation is small enough it should be like A.... but can we say more than this?

Here is an example for some made up data for all 3 scenarios (A, B and C), 10 hours total (numbers are not integers here, but whatever) 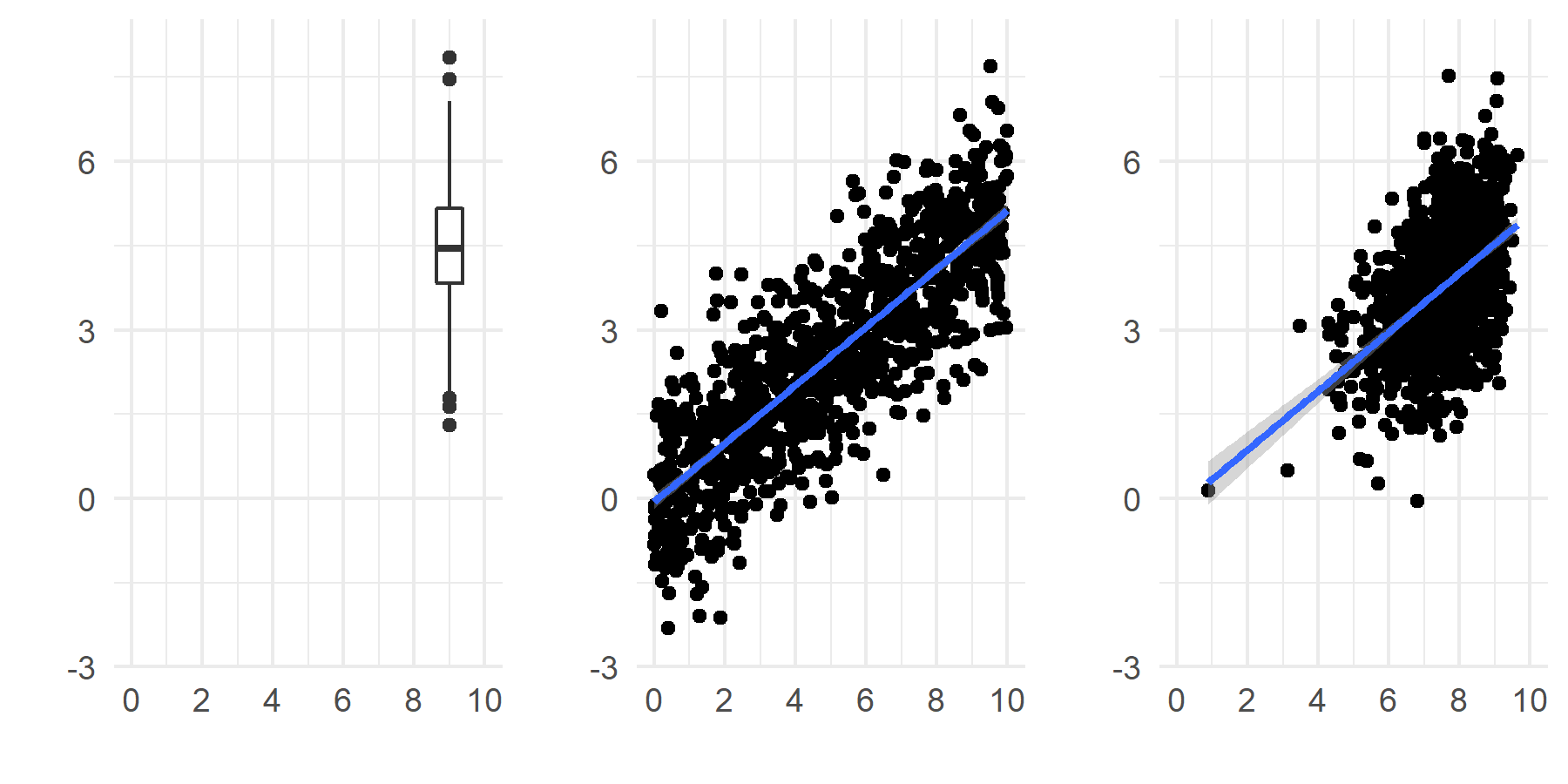 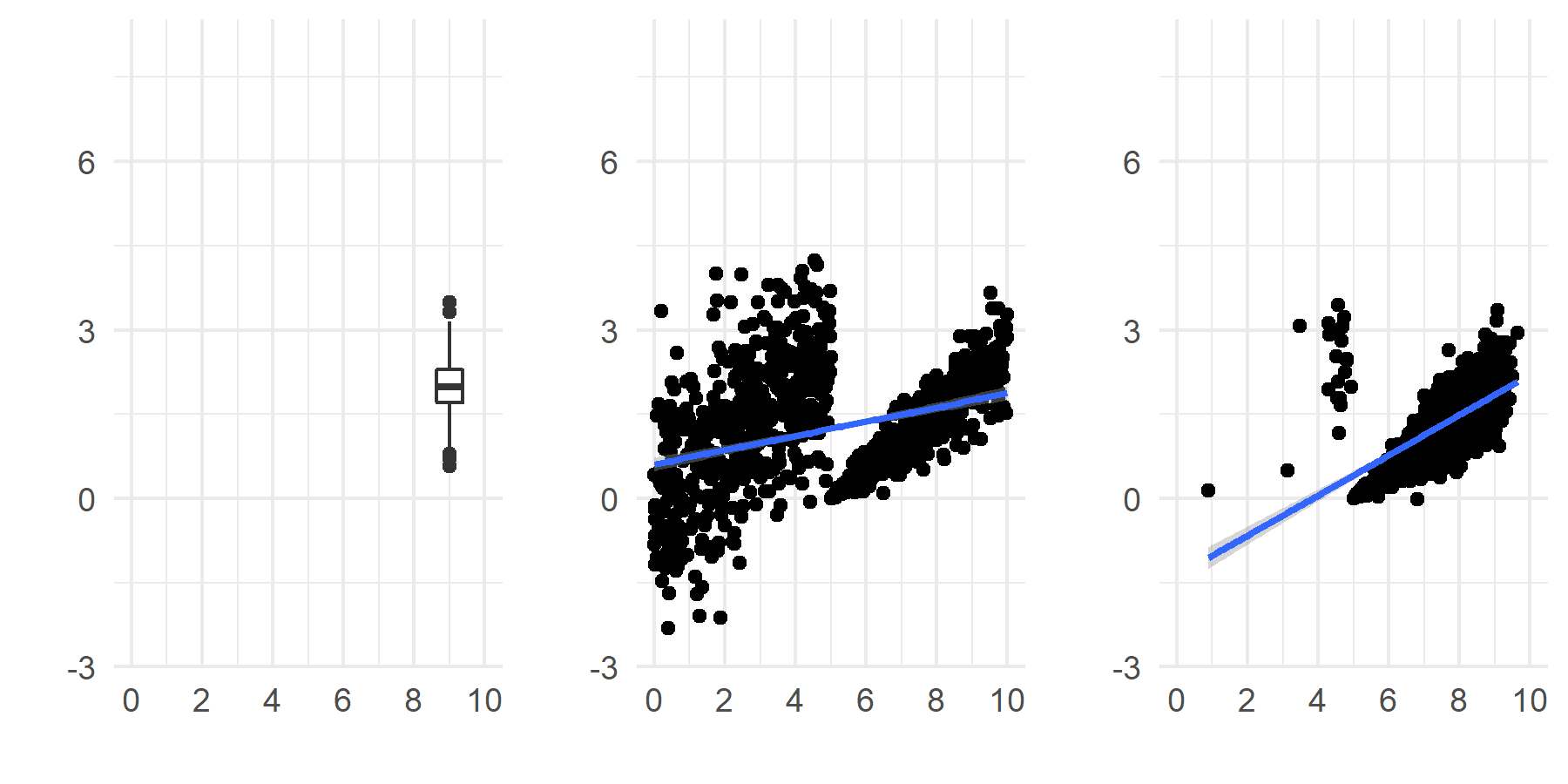 Not the answer you're looking for? Browse other questions tagged distributions linear or ask your own question.