Why is the marginal distribution/marginal probability described as "marginal"?

Marginal generally refers to something that's a small effect, something that's on the outside of a bigger system. It tends to diminish the importance of whatever is described as "marginal".

So how does that apply to the probability of a subset of random variables?

Assuming that words get used because of their meaning can be a risky proposition in mathematics, so I know there isn't necessarily an answer here, but sometimes the answer to this sort of question can help you to gain genuine insight, hence why I'm asking.

Consider the table below (copied from this website) representing joint probabilities of outcomes from rolling two dice:

In this common and natural way of showing the distribution, the marginal probabilities of the outcomes from the individual dice are written literally in the margins of the table (the highlighted row/column).

Of course we can't really construct such tables for continuous random variables, but anyway I'd guess that this is the origin of the term.

I think it's easier to view this in terms of a plot though. Below is a plot of the joint density when sampling from a mixture of two Gaussians, the marginal of $X$ and $Y$ to the top and on right respectively 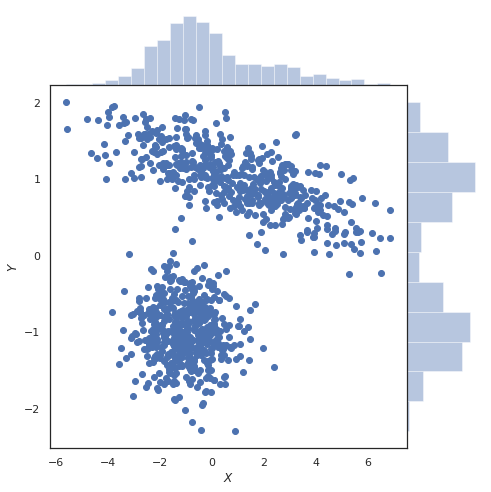 Same plot with smoothed densities (you can think of this as the same but with $X$ and $Y$ now being continuous, in which case you can still find the marginal, but we will use an integral instead of summing) 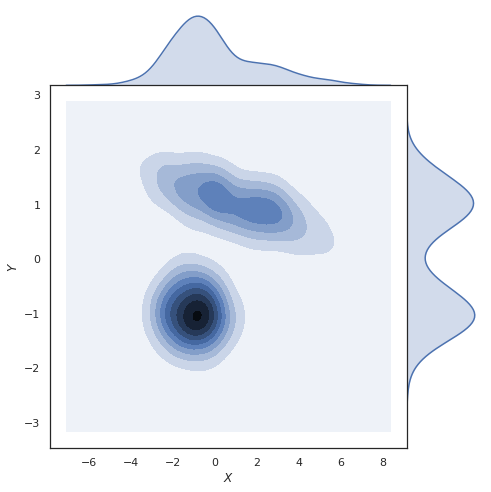 Not the answer you're looking for? Browse other questions tagged probability terminology or ask your own question.

12
Intuition behind the names 'partial' and 'marginal' correlations