Go with t-test or Mann-Whitney U test?

I've generated 30 datasets and solved each one with method_A and method_B with different Time limits. The results are summarized below: 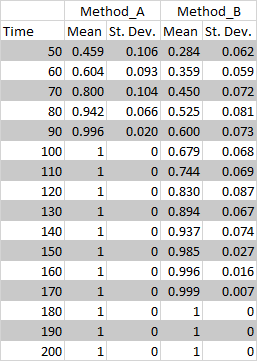 My goal is to do some hypothesis testing with the results. I've considered to do a t-test but before that I've decided to do some normality tests. Results below: 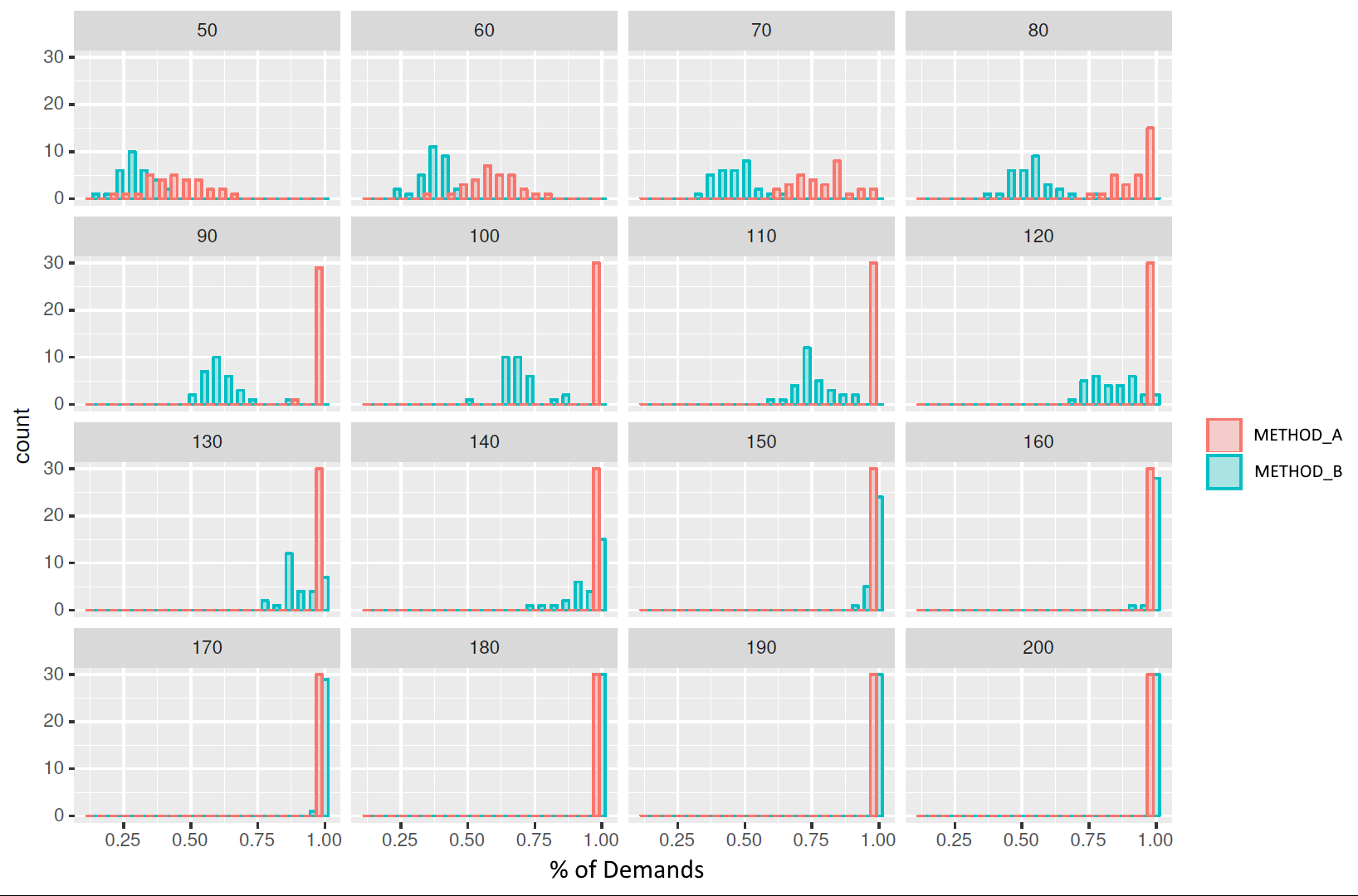 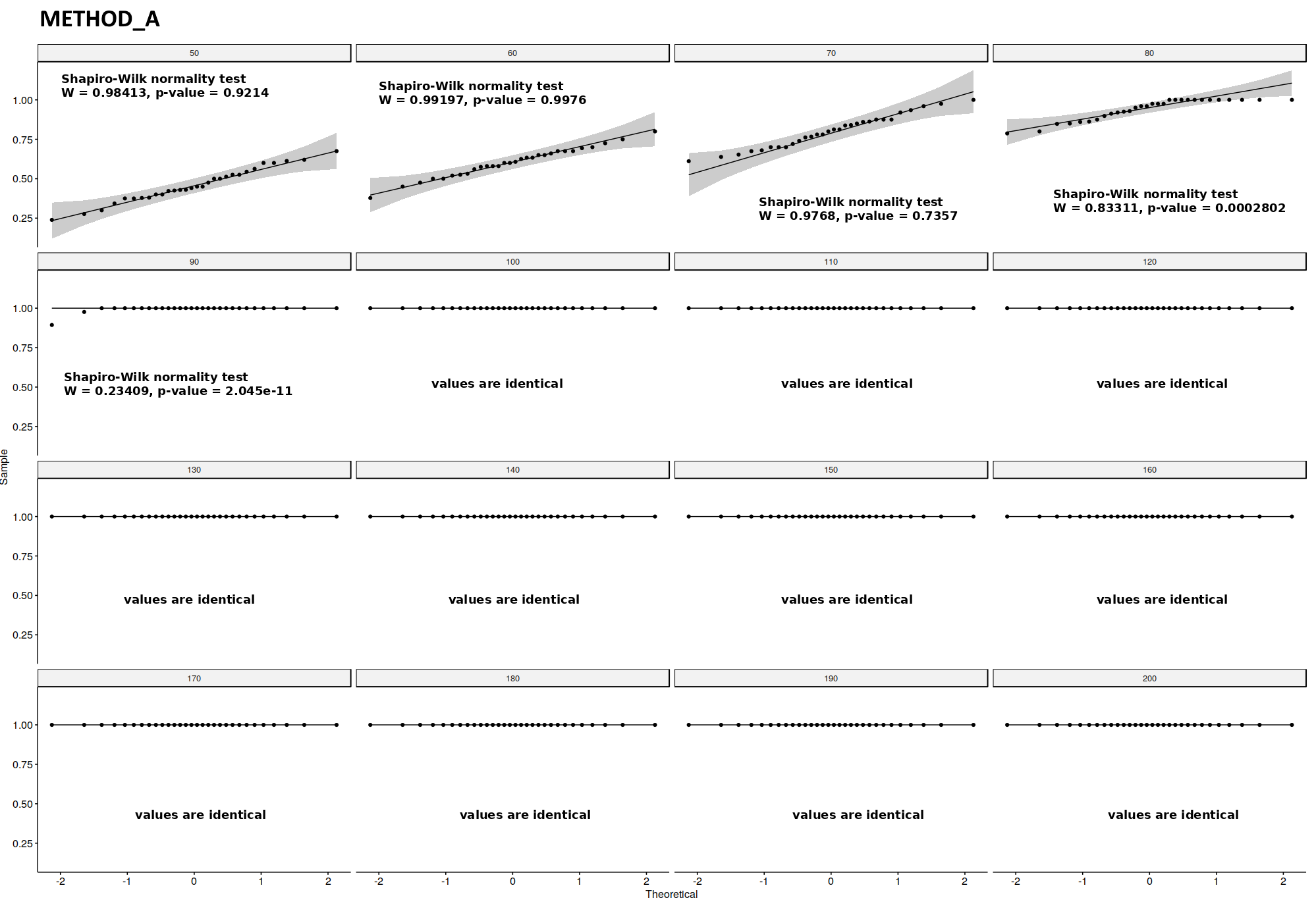 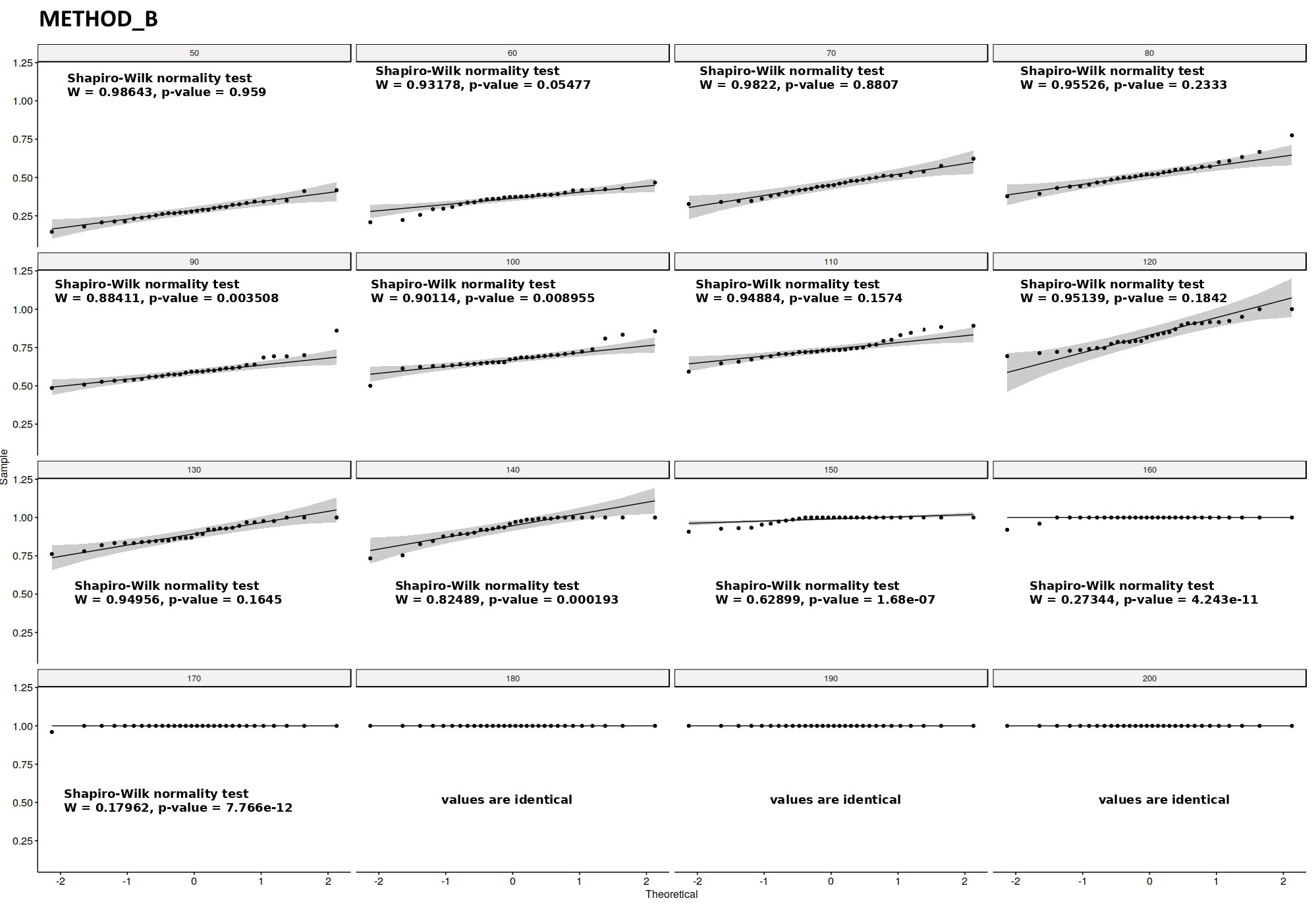 For small Time values data seem to follow normal distribution so I think that t-test can be done. Am I right? However, when Time values are large the distribution seem to become non normal. This is especially visible when average results of both methods are close to 1:

Overall, what is the best way to do hypothesis testing with this kind of data?

I would just use the Mann-Whitney test on the raw data. From the wiki:

In other words, even if you overcome the hurdle of determining exactly in which cases the normal assumption is valid, you don't really gain a lot of power (plus you lose the ability to compare results for different times).

Not the answer you're looking for? Browse other questions tagged hypothesis-testing t-test wilcoxon-mann-whitney-test or ask your own question.