comparison of coefficients (they are not Standardized Beta ones)

I estimated a model with three-stage least squares (3SLS) and have two main explanatory variables (the model also includes a set of control variables but they not important at the moment). I want to compare the size of the coefficients of these two variables in a bar chart. Something like this: 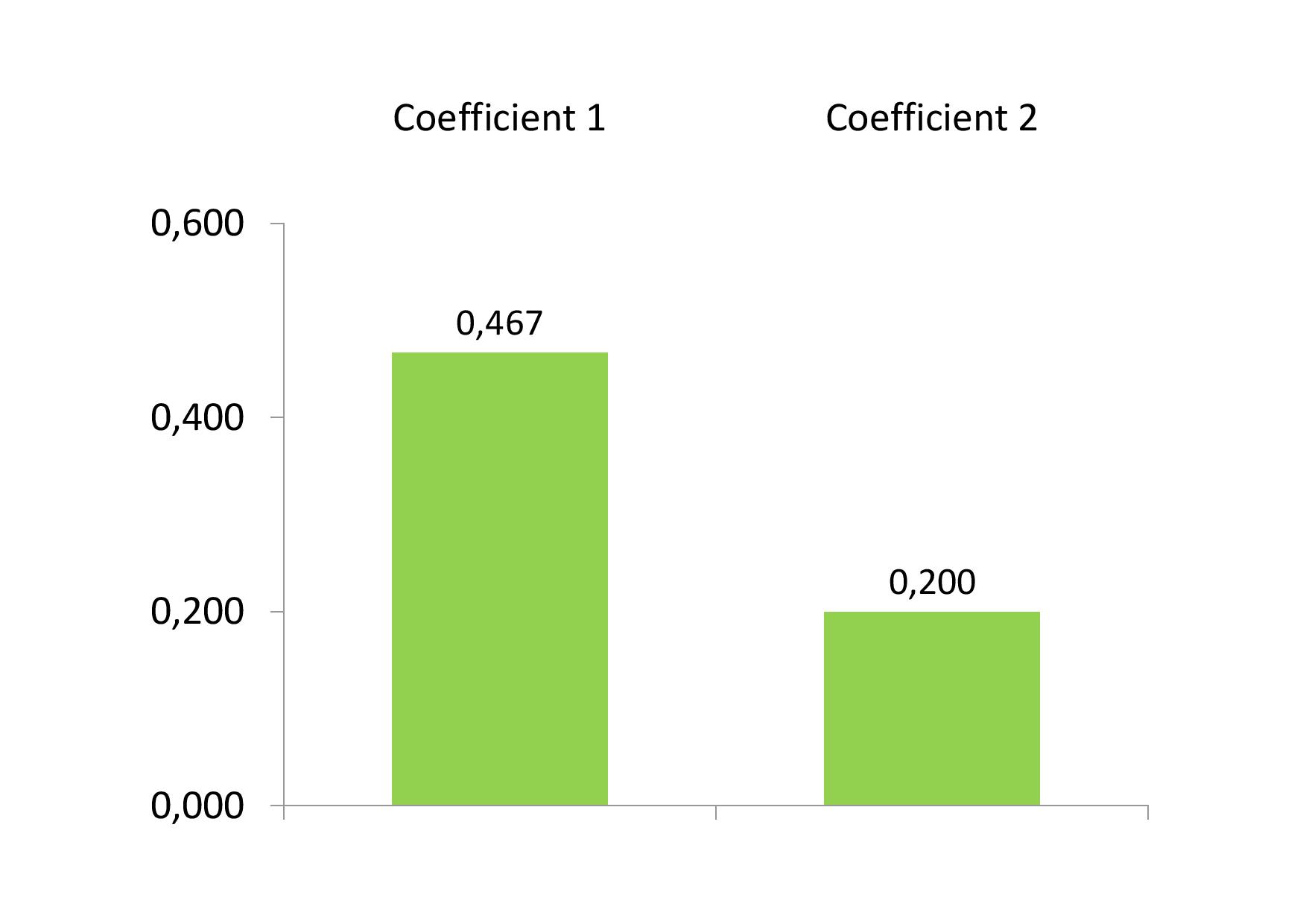 I know that these coefficients are not standardized Beta coefficients. I was just wondering whether such a comparison makes sense or statistically plausible in my case?

I am not intent on discussing their relative importance in relation to the dependent variable. Also, I am not discussing their marginal effects. I just want to say something along the lines: "the first coefficient is almost four times the second one"

Does this make sense or I am making a serious mistake?

Not the answer you're looking for? Browse other questions tagged regression-coefficients or ask your own question.