I programmed a feedforward neural network for forecasting a time series, but the forecast is not stable and reasonable. I used a non-seasonal lag of 3, hence produced a gliding window of 3 as input for the NN, meaning 3 y-values of the series were given as input and the next one was labeled for training. The forecasting then was done in an autoregressive manner. My method was similar to making a AR(3) model without noise and drift. I am not sure the network results are better than a random walk though.

Specification of the network: 2 hidden layers; First layer with 12 units and relu activation. Second one with 8 units and also relu. Output was of course linear and one dimensional. As loss the MSE was used and the loss was optimized with ADAM. Epochs = 400, batch size = 2. The input data was MinMax scaled between $[0,1]$.The whole data has 202 samples.

The validation set was created by using validation_split=0.15 from keras, which splits the last 15% of the training as test set. Both training and test were not shuffled to avoid temporal leaks.

I tried different network topologies, optimizers and epochs. What surprises me is that this worked fine when using the nnetar function in R. This function only has one hidden layer and when configuring the same number of lags it produces very good results. It uses the BFGS algorithm and as far as I could read the source code does not involve regularization (The function also averages over different trained networks, but I still get results when I don't average).

The code and data I worked with will be provided soon. (Not sure yet in which form to provide it here, since the code is about 100 lines). 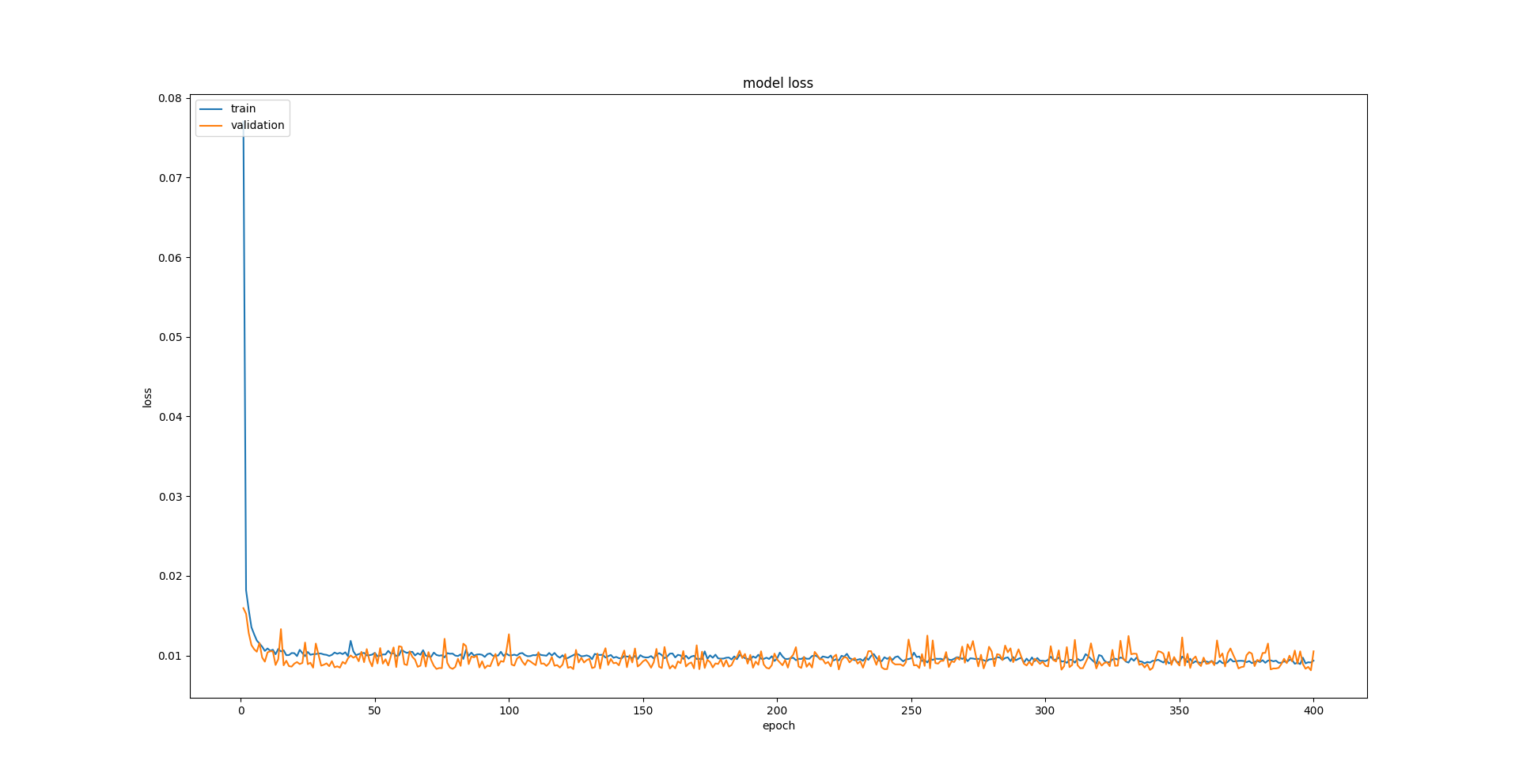 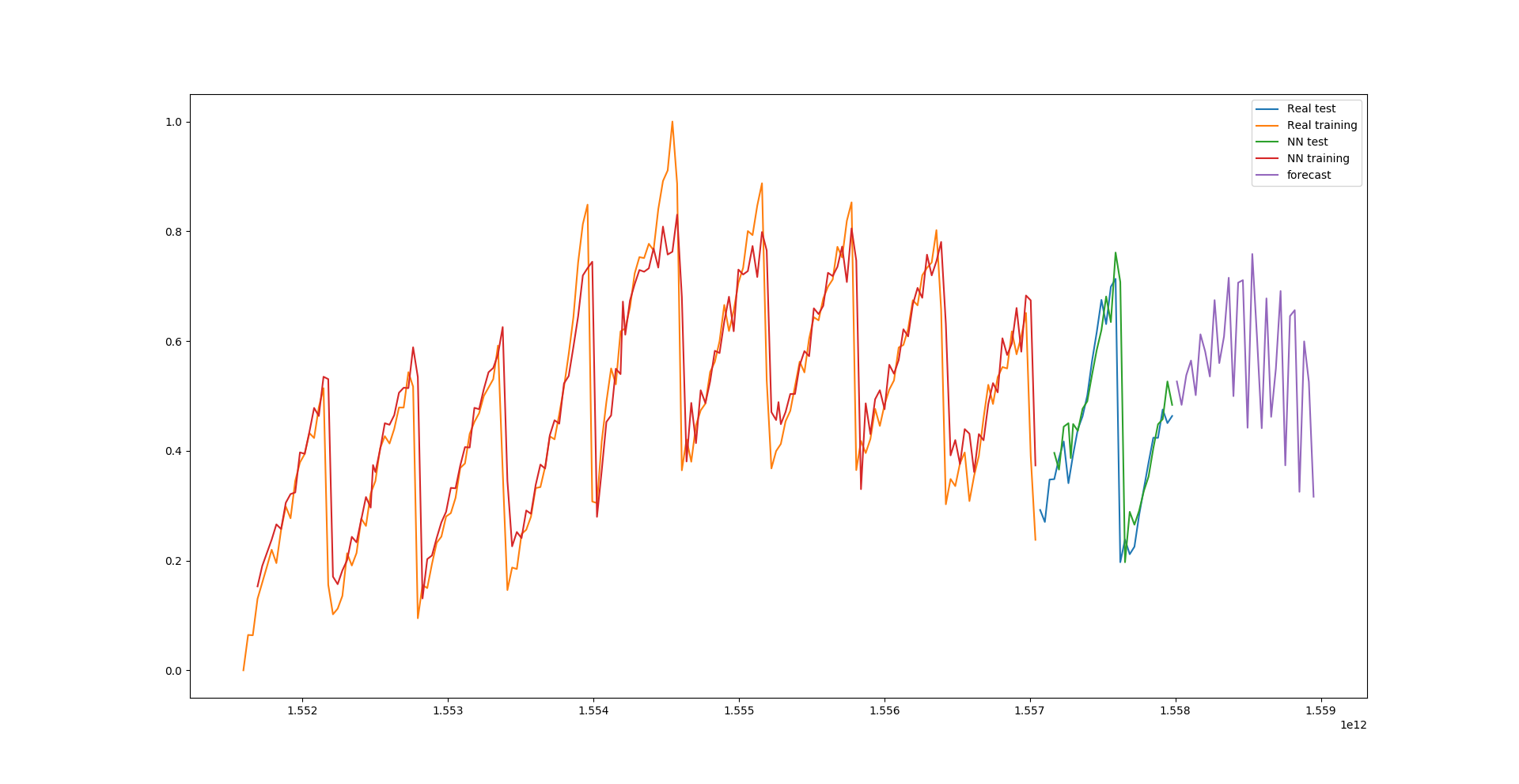 For the color labels of the time series plot:

I am not an expert in NN but was intrigued by your question.I took your 202 sequential values 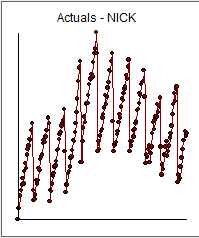 with known periodicity of 19 into AUTOBOX my tool of choice and proceeded to automatically analyze the data. It yielded the following model

suggesting a level shift at time period 152 in addition to a few pulses.

The Actual/Fit and Forecast graph as here

. The plot of the model's residuals are here 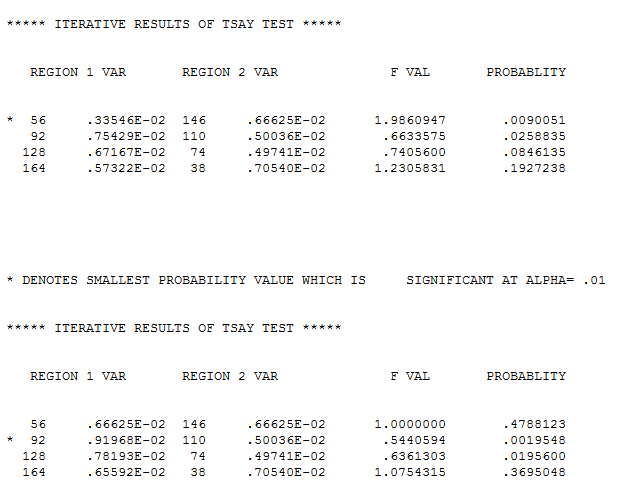 This all suggests to me that your simulation incorporated a deterministic (and ignored) component which might explain why your forecast is flawed as you only included stochastic memory (arima) while the data included additional deterministic effects and some error variance changes.

Do you concur with this ? Do you have any reason why your simulation may have introduced these additional effects NOT remediable with NN bit clearly in the historical .

To continue my research in this NN vs Robust Time Series I used your suggestion of 15% and retained 32 values from the end and proceeded to develop the following model and forecasts for the out-of-sample 32 values.

This is what was obtained using 172 actuals and 32 retained. 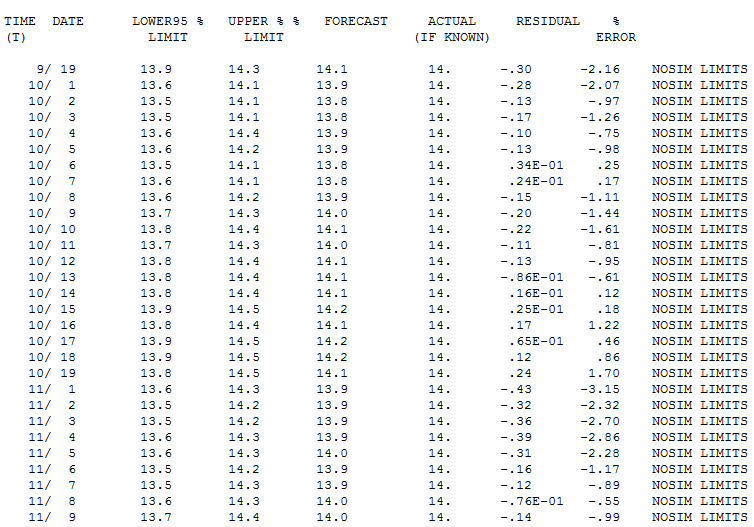 I hope this helps you and others to clear up mysteries regarding NN and the possible analyses that are routinely available .

Based on the graph you posted, I would say you are falling into the "my fancy neural network is really just a random walk with drift" trap. If you look closely, you will notice that your forecasts are shifted by one step from the actuals: Your neural network just learned to copy the last value it saw and use it as the most likely next value $\pm$ a noise component (which is why it isn't an exact copy of the last value).

I don't have an exact answer, but here are two considerations:

Not the answer you're looking for? Browse other questions tagged machine-learning time-series neural-networks forecasting or ask your own question.