From beta distribution to Dirichlet: Estimation of the concentrantion parameters

Searching at least 3 hours about the connection between beta distribution and dirichlet. My problem is:

I have a collection of random variables $X_i \sim Beta(a_i, b_i)$. The parameters $a_i$ and $b_i$ are known, $\forall i=1,2,...K$. From $\{X_i\}$, I want the dirichlet distribution $(X_1,X_2,...,X_k) \sim Dir(a)$. However, I cannot find a connection between the scale parameters and the concentration vector $a$. The individual distribution of $X_i$ does not provide useful information, but through the dirichlet, the marginals give me the answer.

There is however the reverse relation, if

If you look at their marginal plots, they all follow the $\mathsf{Beta}(1, 2)$ distribution. 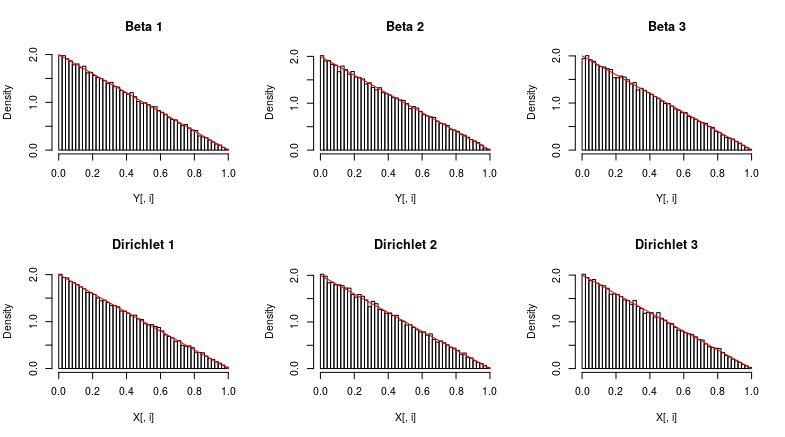 However if you look at the sums of the samples taken from the beta distributions, they clearly do not sum to unity:

Also if you'll compare the scatter plot (with n = 1000 to make it more readable) of the joint distribution of the beta variables, and Dirichlet, you will see that the independent beta variables are less uniformly distributed then Dirichlet. 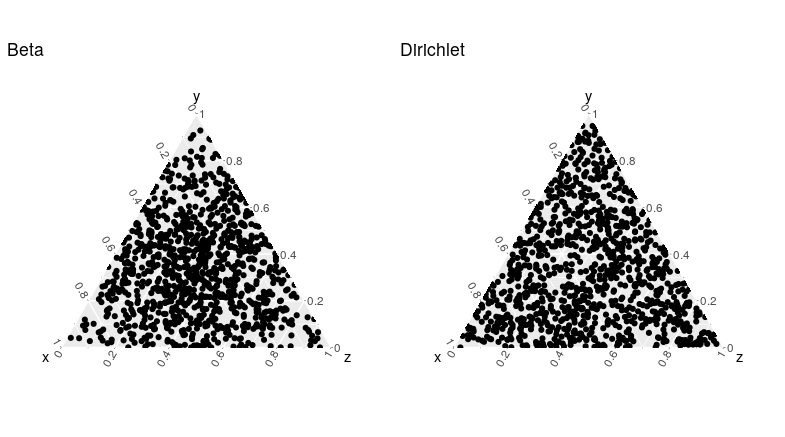