I have been trying various methods to detect outliers in a bivariate dataset using Mahalanobis in R, but I am unsure about how correct it is since both of my variable vectors are not normally distributed, instead they are bimodal. If what I've understood so far is correct, Mahalanobis distances to detect outliers only works on normally distributed data.

Perhaps my solution is Stahel-Donoho outlyingness (SDO), which in principle is implemented in the package mrfDepth, but since I'm not a statistician I'm not sure if that's the right way to proceed.

I found this thread which talks about the same problem, but I'm still stumped.

My scientific question is as follows:

I have two sets of continuous bimodal variables, with a correlation coefficient of 0.83. 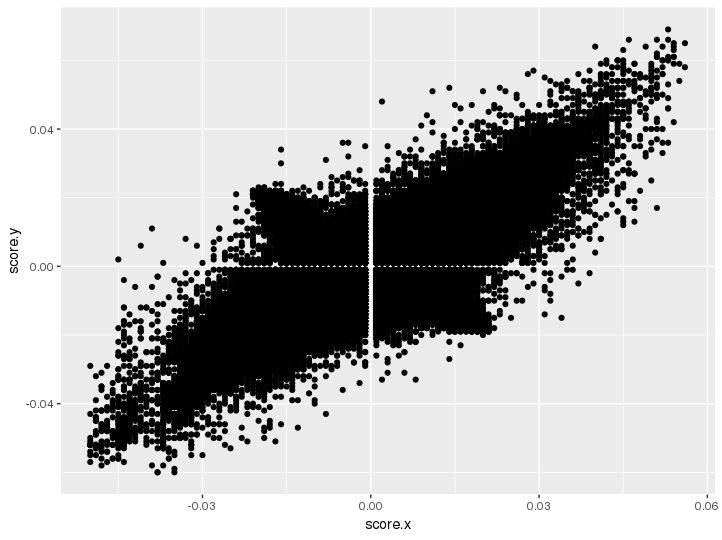 In the scatterplot of the two variables, I want to detect the outliers, for example the ones which look very interesting to me are the two small triangles perpendicular to the imaginable regression line.

For bi/multivariate data with non-normal(bimodal in this case) distributions, is there a robust way to proceed to find outliers?

Browse other questions tagged r multivariate-analysis outliers or ask your own question.