Is it a problem if cluster sizes vary wildly in a cluster-randomized experiment?

I tried using a multilevel model using both lme4::glmer() and rstanarm::stan_glmer() with logistic link functions, using the formula y ~ x + (1 | id). The former doesn't converge and the latter did not advance even to 10% of the way through sampling, even on 8 cores and after hours. I tried a gee, but ran out of working memory—it told me a vector was too large after fitting the base glm().

I resolved to run a glm() with a logistic link function and the formula y ~ x. I then obtained a cluster-robust sandwich variance-covariance matrix from sandwich::vcovCL() and multiwayvcov::cluster.vcov() (they returned the same matrix).

These cluster-robust standard errors (SEs) were quite large. In one of the experimental conditions, the 95% CI on a proportion was a little more than 7ppts. I feel like this was too large for a dataset with 2mm observations and 4k clusters.

My cluster sizes vary wildly in size. This histogram shows the size of clusters. As you can see, very many are less than 100, while some are upwards of 10,000 in size. 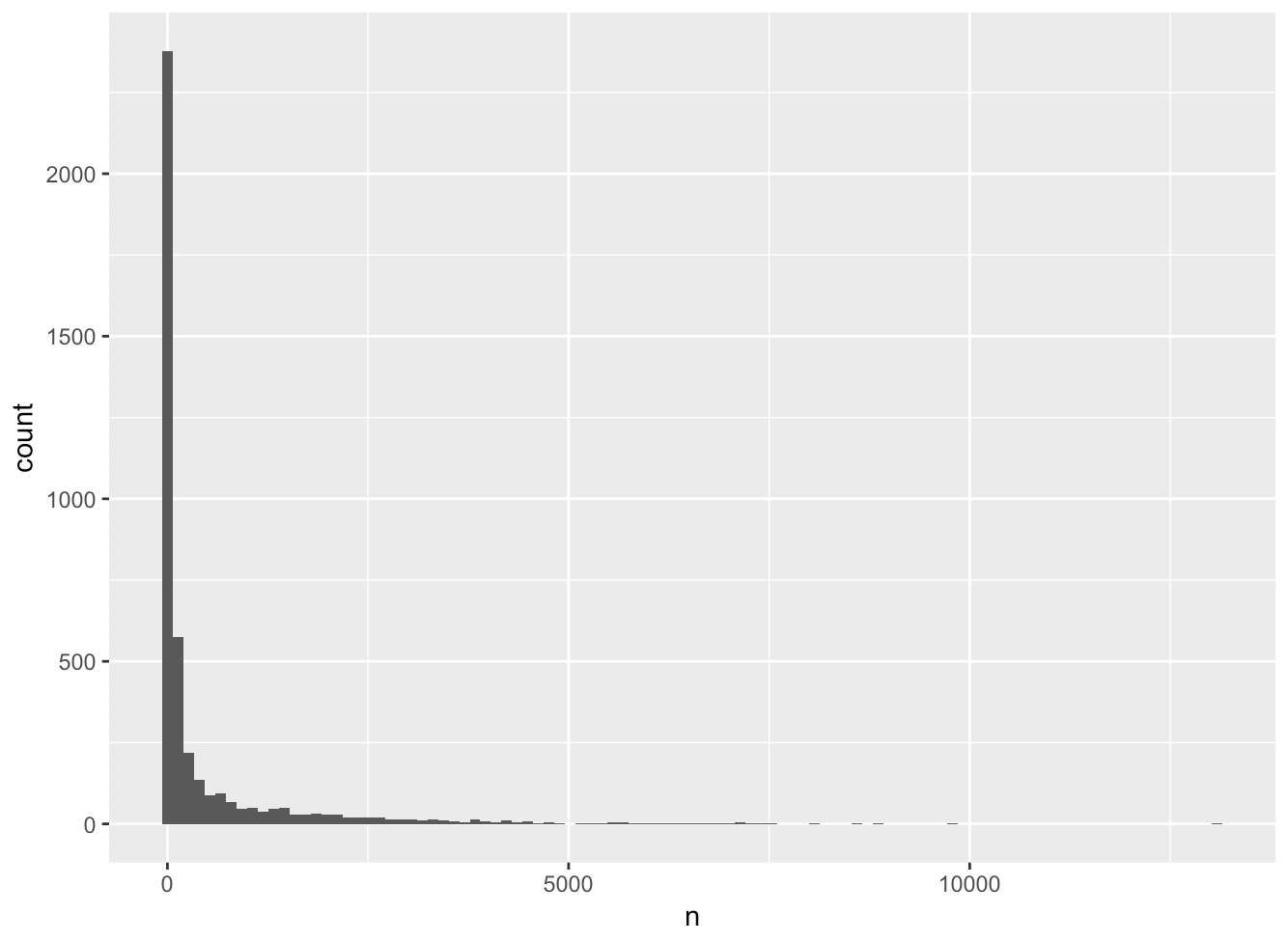 Here is a summary() of the counts by cluster:

Could this skewed distribution of cluster sizes be responsible for the SEs that I find subjectively to be too large, given the amount of data I have? Could it be responsible for some of the optimization problems I run into with my mixed models? In general, is it an issue that 25% of clusters are 10 observations or less, while 25% are also 313 or more—going up to 13k?