If we add $N$ curves with independent random phases, the shape of the sum tends to flatten out as $N\to \infty$. That is, the fluctuation depth decreases as $N$ gets larger. Is this phenomenon a consequence of the Law of Large Numbers or the Central Limit Theorem?

To illustrate this effect, the following is from a simulation. The simulation generates $N$ curves using the same analytical formula, but each curve is assigned with a random phase (and in this particular case, a random amplitude). They are normalized so that the sum (thicker line) is equal to 1. 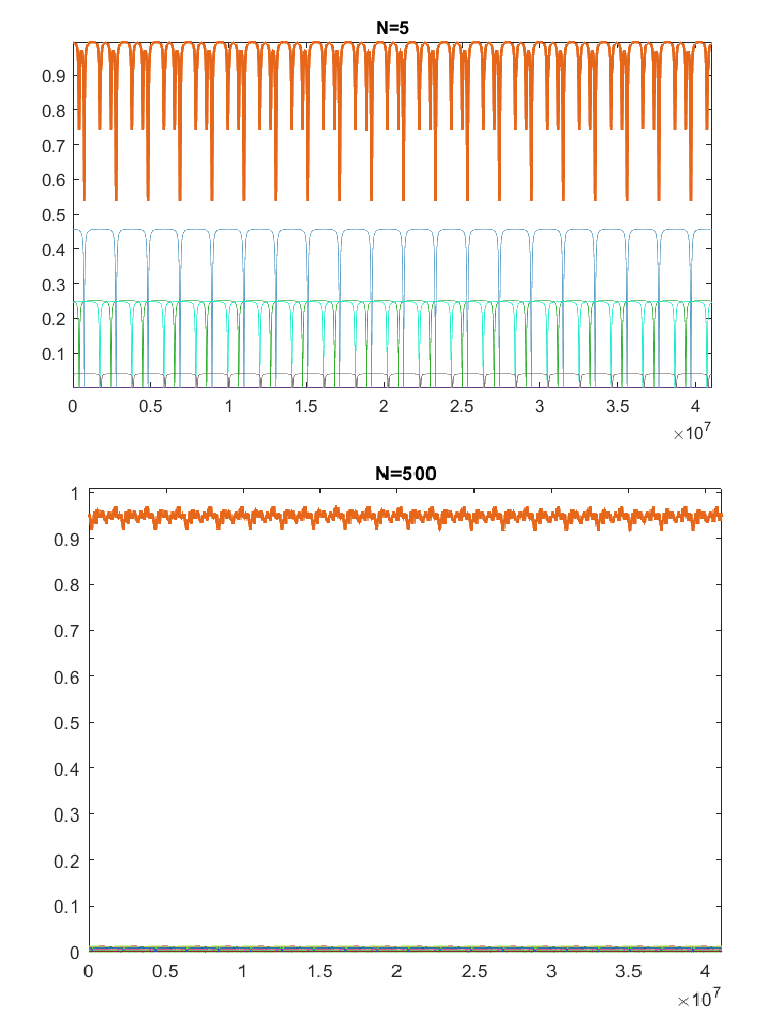 I believe the answer could lie in the Law of Large Numbers, since each point of the sum is effectively the mean of a large number of independent random variables (coming from the same distribution). Therefore, all the points will be converging toward the same expected value.

I believe the Central Limit Theorem might also be applicable. If we measure the fluctuation depth, CLT tells us that the standard deviation of this depth measurement decreases as the sample size $N$ increases. That means that the sum will get progressively flatter as $N$ gets sufficiently large.

So, which law gives a better explanation of this effect?

Any explanations would be appreciated.

The mean of a large number of independent variables converges to the mean of their (same) distribution - and it converges in a way that is governed by the Central Limit Theory (std decreases as square root of number of variables).

See Wikipedia on the relation between LLN and CLT

Not the answer you're looking for? Browse other questions tagged matlab central-limit-theorem law-of-large-numbers or ask your own question.