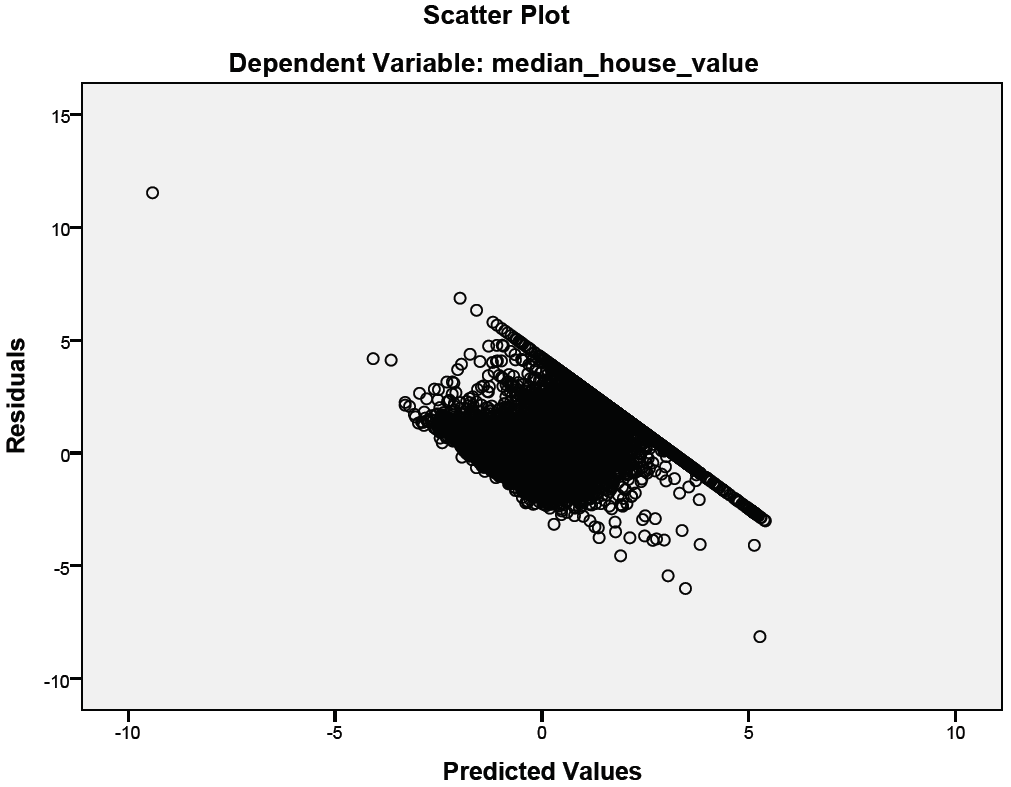 On residual plots, you can diagnose the residual variance by looking at the dispersion around the average. It's hard to tell because of the density of points on your plot, but the dispersion does not look dramatically heterogeneous.

However, the average of the residuals is not constant across predicted values (the cloud is "tilted"), indicating some strong non-linearity. This is to me the biggest issue revealed by the plot. Another issue is the neatly delimited aspect on the top right side of the cloud, which usually suggests that the dependent variable is (semi-)bounded with a high concentration of values at the boundary. In that case, you may want to transform your data or use a different type of model, such as a generalized linear model.

Your graph shows a clear violation of model assumptions assumed in linear regression. Your data do indeed appear somewhat heteroscedastic. Funnel shapes are not the only shapes on these plots that are indicators of heteroscedasticity.

Recall that in ordinary linear regression, the model assumes that the errors of the model are assumed normally distributed with mean zero and a constant variance of $\sigma^2$ (i.e. $\epsilon_i \sim N(0, \sigma^2)$). If you see anything other than an essentially random pattern around of predicted values vs. residuals (i.e. $\hat{\epsilon}$ around the zero line), you likely have non-linearity of the response function and some heteroscedasticity implying the model assumptions for OLS are violated.

Not the answer you're looking for? Browse other questions tagged multiple-regression residuals linear heteroscedasticity or ask your own question.