How to show trend line is typical

I have sets of trend line data - values by year 2005-2017. I want to show one set is 'the same' as the other sets, with 95% probability - or something like that. They look similar - I want to put a numerical value on the degree of similarity.

I link the data here https://drive.google.com/open?id=1CrbcXiesq9y1c46k-r3RpRJBLhdjCSix

As a working alternative to my "tired old eyes" what I would do is as follows. Statistics longa, Eyesight brevis .

I took the 9 annual values for Coventry and obtained 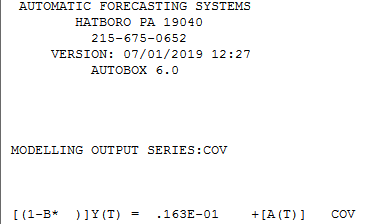 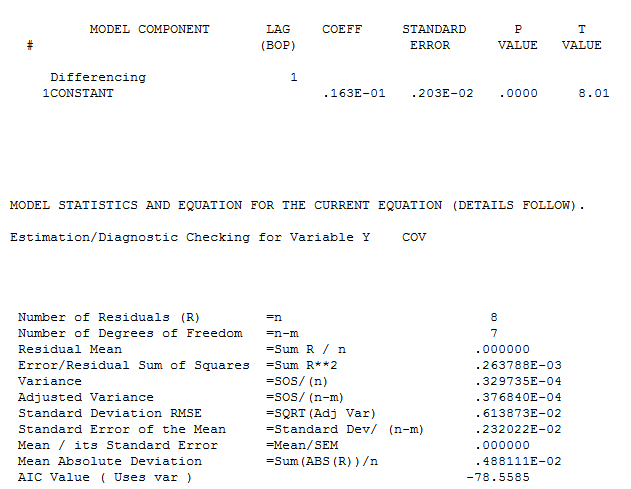 I would then estimate this model separately on each of the other 25 candidates and perform a test of significance between Coventry and each of the candidates to assess which one was the MOST DIFFERENT so to speak OR the MOST SIMILAR.

EDITED TO EXPOUND ON THE TEST FOR SIMILARITY BETWEEN COVENTRY AND 1 ONE OTHER CITY: 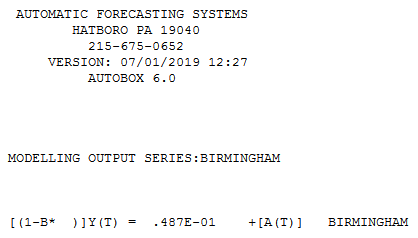 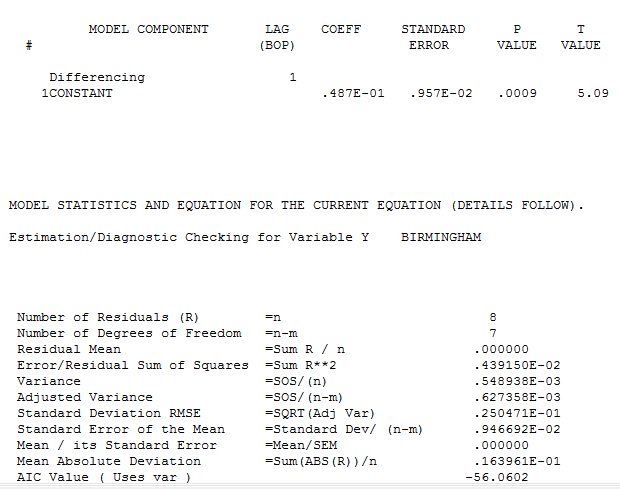 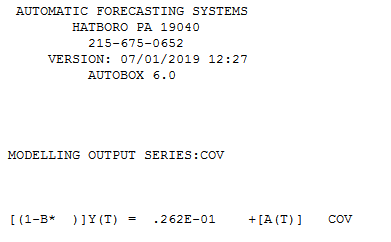 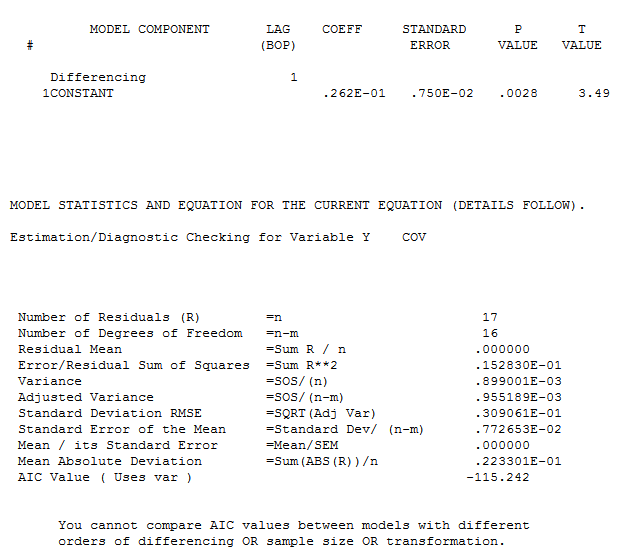 . Note that the first fitted/expected value for the second series has nothing whatsoever to do with the last observation in the first series.

This can then be performed for each of the other 24 cities .

Not the answer you're looking for? Browse other questions tagged trend or ask your own question.

0
Calculate trend slope after STL decomposition
1
How to determine trend in rainfall data?
0
Comparing trend/similarity among different time related variables
1
Predict statistically sales trend
4
regarding the validity of a trend line and R2
1
Cox-Stuart vs Augmented Dickey Fuller
1
how to compare short-term trend with a long-term trend?
0
How to remove non-stationarity?