I'm working with simulated data, trying to estimate the best ARIMA model for a time series consisting of 100 observations. This is the original data. 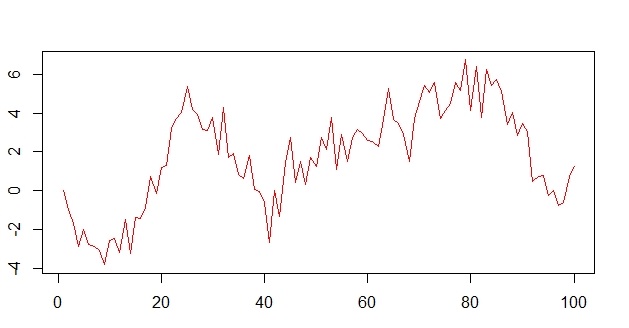 First of all, I performed a combination of ADF and KPSS (following what was posted here and here) tests which suggested that the original series was not stationary and had a unit root. 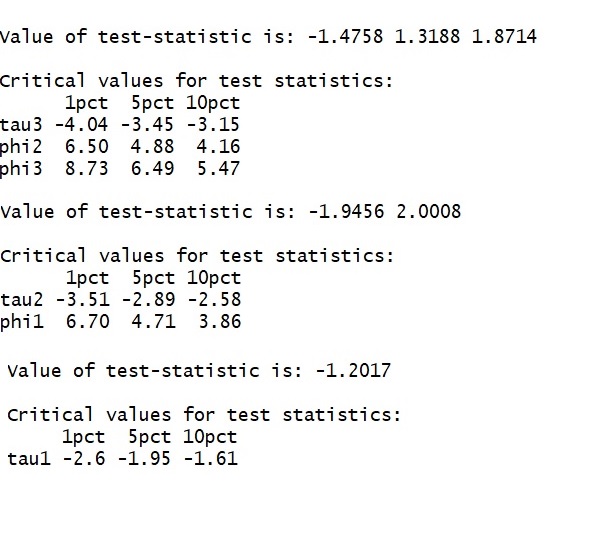 After differentiating once, I ran the tests again and no indication of unit root was shown. In addition to that, I couldn't reject the null for the KPSS test.

After that, I used auto.arima (focusing on BIC criteria for model selection). I also created a pool of models and ranked them according to BIC (which, as expected, did not match the auto.arima suggestion). This is a data.frame that I created with each model's specification and it's corresponding BIC value. 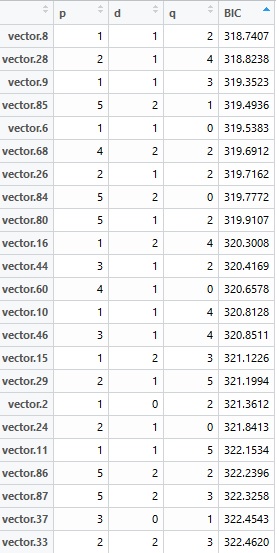 After that, I started testing the residuals of each model: Ran several normality tests (JB, SW, K-S) as well as plots for visual identification of 'normality'. So far, no issues here for any model.

The problem appears when I run the Ljung-Box test to test for correlation of the residuals.
For every model that I tested, the residuals appear to be correlated. For one particular model, I even tested for the presence of ARCH effect (using Q and LM tests) and there were signs of such effect.

So this is the first question: is it possible that this effect is due to the small sample, disregardless of the model chosen? Or is it possible that I need to differentiate again in order to eliminate this issue? Among the models in the table, there are some that require differentiation a second time. Did that, tested for autocorrelation (again, using Ljung-Box test) in the residuals and couldn't reject the null. All this is shown in the next image: 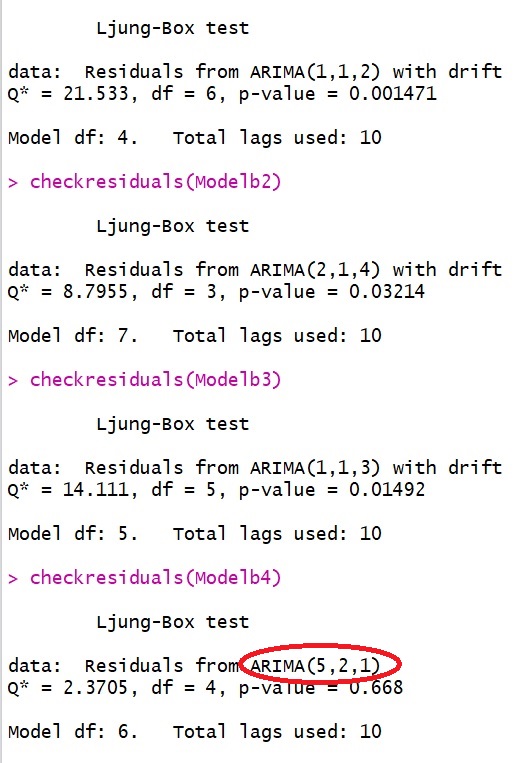 If necessary, data can be found here.

Ok I did model your series. 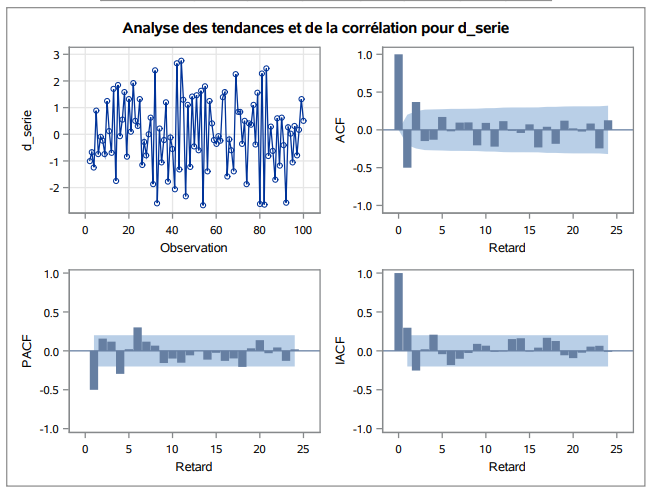 I then used minimization criterion method and it chooses a MA(3) but on diagnostic test for residual, I had autocorrelations so in this case you rise order of p and/or q until you don't have anymore.

Here the estimates with all coefficients significant at 10%: 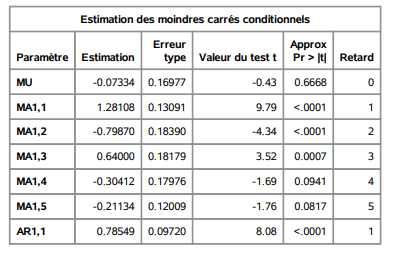 And here the diagnostic test for residuals, LB test until the 24th order to confirm no autocorrelation at 5%: 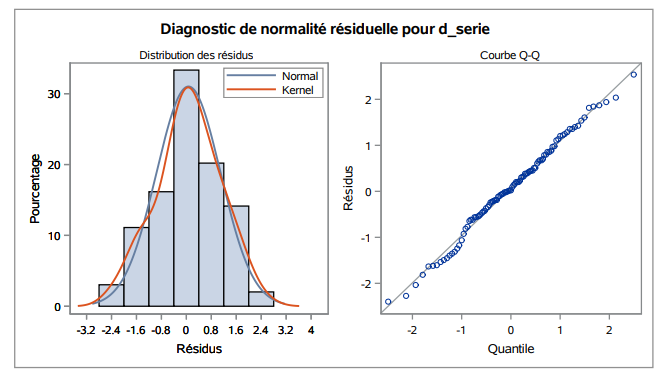 I have a fairly normal distribution that can allow you to interpret your confidence interval.

For your information, I used SAS 9.4 as you can see and PROC ARIMA.

The methodology is always the same as Box-Jenkins: Statio the serie, find the optimal order based on criterion of your choice (AIC/BIC for explanatory and MSE/others for predictive) and diagnostic test on residuals, normality hypothesis isnt always mandatory if you don't interpret confidence intervals

I took your 100 values into AUTOBOX a piece of software that I helped to develop and it suggested a model of (2,0,0)

with a satisfactory acf of the residuals here 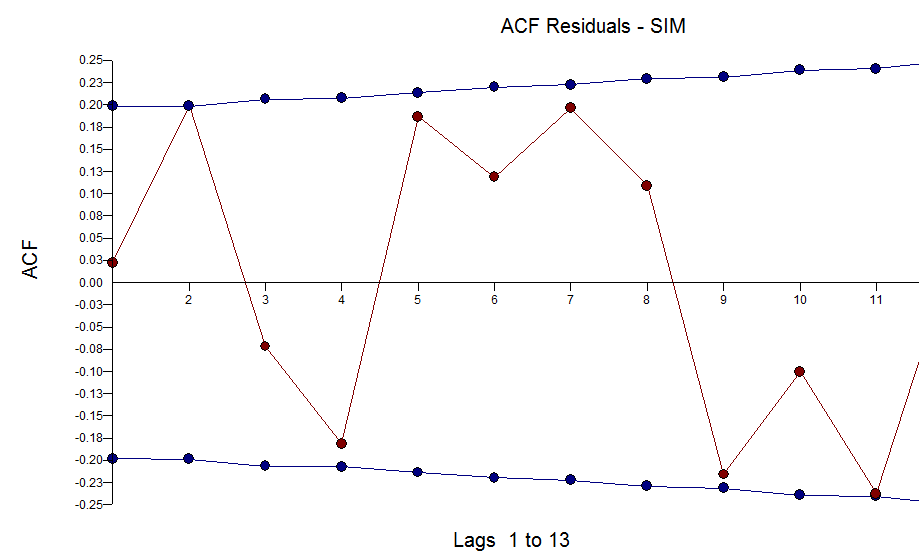 The tests that your are using are not always as bad as you present them to be here BUT on the other hand I don't find any of them to be of any substantive value when you have data that has pulses, level shifts, seasonal pulses , local time trends , changes in parameters over tine , changes in error variance over time or any other Gaussian Violation .

Your data is adequately modeled with an ar(2) process WITHOUT any differencing... anything else is unwarranted and superfluous. Can you disclose what the parameters you specified for your simulation ?

So this is the first question: is it possible that this effect is due to the small sample, disregardless of the model chosen?

Or is it possible that I need to differentiate again in order to eliminate this issue?

I don't think u need an other order of differencing

Not the answer you're looking for? Browse other questions tagged time-series correlation estimation arima or ask your own question.