Do out-of-sample fitting methods solve the problem of over-fitting?

It occurs to me that there are already well-known methods for fitting a regression model on a "leave-one-out" basis (e.g., for linear regression we can minimise the LOOCV statistic instead of minimising the residual-sum-of-squares). So the obvious question is, why bother with a "validation" step. Why not just use this leave-one-out fitting method on the training data to begin with, so that we optimise out-of-sample prediction? In combination with an appropriate way to penalise model complexity (e.g., by using partial F-tests for model terms), that would seem to deal with over-fitting, since while still using all available data points for the fit in each case (by only leaving one out, rather than leaving out a whole "validation set").

$^\dagger$ There is an excellent discussion of over-fitting in Chapter 7 of Hastie, Tibshirani and Friedman (2016), examined within the context of a linear regression model with prediction error measured by squared-error loss. For this loss function they link the phenomenon of over-fitting to the bias-variance trade-off. There are also some answers on this site (e.g., here) that discuss over-fitting in terms of the bias-variance trade-off.

Let us start with your question about why we use a validation set. We use this to get an estimate of the true out-of-sample error of our model. We use a separate set here because, as you know, looking at in-sample residuals will give us a too optimistic idea of our performance.

Except, of course, it isn't. We have used the validation set, since it informed our modification of $M_1$ to $M_2$. We have already started down the slippery slope towards overfitting on the validation set, and we can happily slide down that slope some more by tweaking our model yet more to $M_3$, $M_4$, ...

By now, you know that CV won't help us here, because by definition, the data point(s) left out are used in model selection. In fact, it's pretty easy to overfit to LOOCV. Here are some random data with no relationship whatsoever: 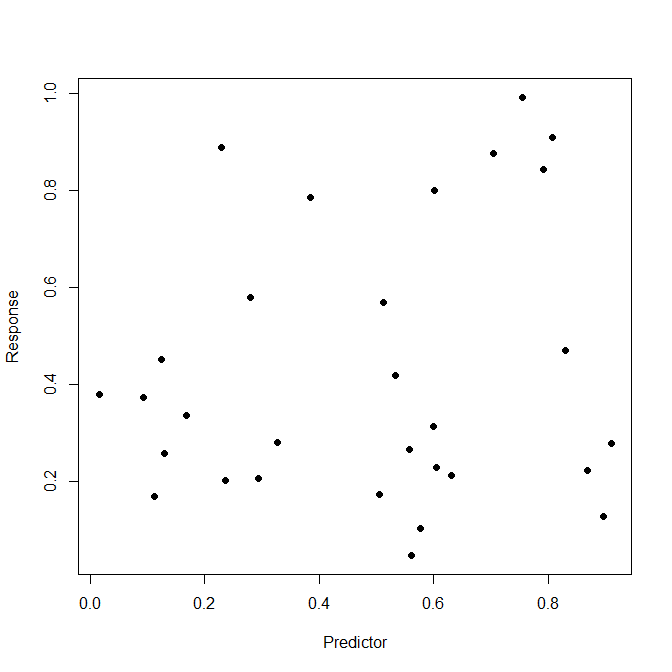 I'll fit (orthogonal) polynomials, starting with a zero degree horizontal line, up through a 6th degree one: 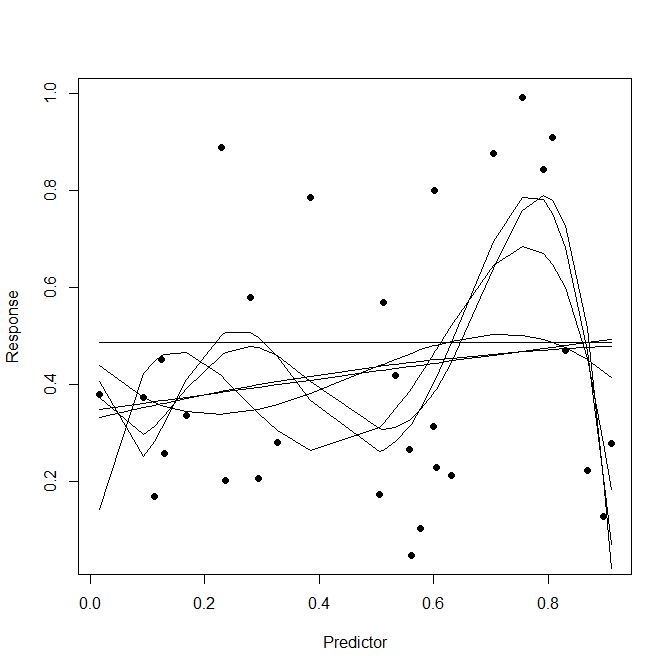 Let's apply LOOCV to these models. Below, I'll plot the LOOCV sums of squared (out-of-bag) errors. 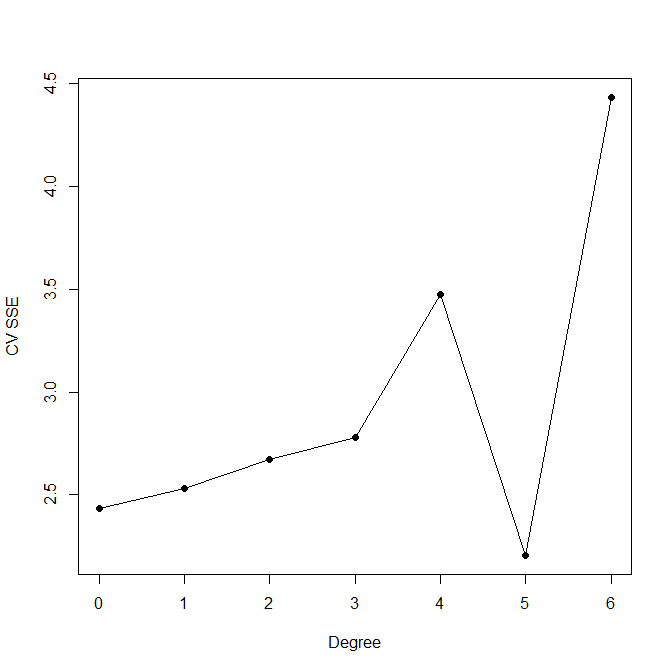 As we see, the 5th degree polynomial "performs best", so here is the "best model": 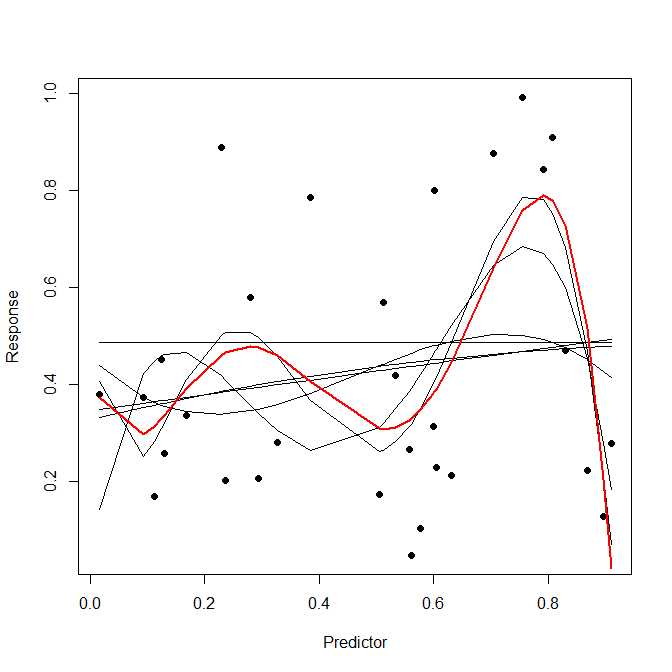 As I said, there is actually no structure at all in these data, so anything beyond the horizontal line is pure overfitting. So we see that it's easy to overfit to LOOCV (it only took me running three different random seeds to get this example), and of course it would be easy to construct a somewhat more complicated example of "overfitting to the validation set" in the sense above.

If you want an estimate of your model's performance on new data, then apply it to previously unseen data... and resist the temptation to tweak the model based on the results. (Or, do tweak it, but then evaluate the tweaked model on new data. And don't be surprised if the un-tweaked model performs better on this new data than the tweaked one.)

Not the answer you're looking for? Browse other questions tagged regression forecasting prediction overfitting or ask your own question.

237
How to know that your machine learning problem is hopeless?
19
Mathematical/Algorithmic definition for overfitting
21
Proof of LOOCV formula