How to interpret bayesian posterior distributions

What happens in the Bayesian case? Let's say we compare the conversion rates of two versions of a web site. We define the priors, obtain the data and get two posterior distributions, one for each version of the site. For example, the distributions look like this 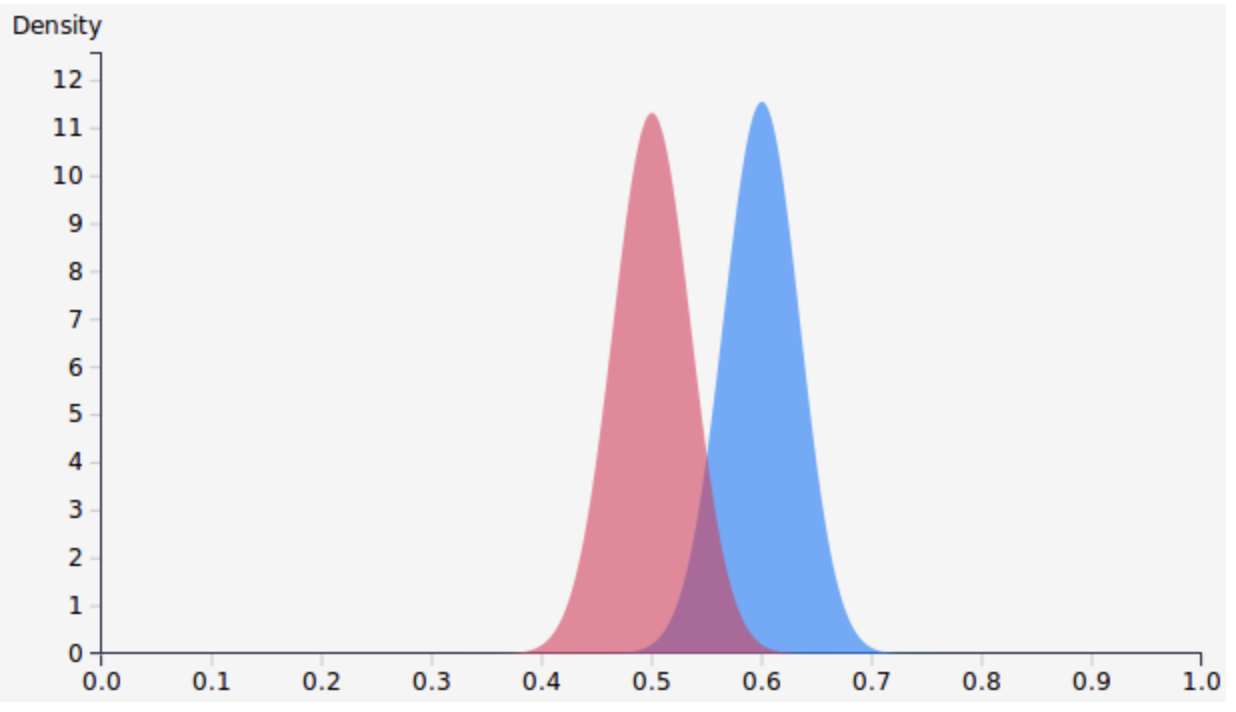 What now? What can we say about the two versions? Do we "reject" one curve? Is the are common to the two curves relevant to any analysis, and if it is, what does it mean?

What can we say about the two versions?

You can answer whatever question your posterior allows you to answer.

Do we "reject" one curve?

Not the answer you're looking for? Browse other questions tagged hypothesis-testing bayesian interpretation ab-test or ask your own question.

10
So how would you include Bayesian estimates in a meta-analysis?
1
When may I make a Bayesian interpretation of the posterior?
1
Bayesian AB testing with time lag
7
Am I understanding differences between Bayesian and frequentist inference correctly?
14
Probability that Null Hypothesis is True
0
Bayesian vs frequentist A/B testing: in which sense they are equivalent with uniform priors?
0
Newbie - 1 vs 2 tailed test interpretations seem counter-intuitive
2
How does a bayesian interpret a null association?