How to interpret categorical variable significant ANOVA interaction in R? 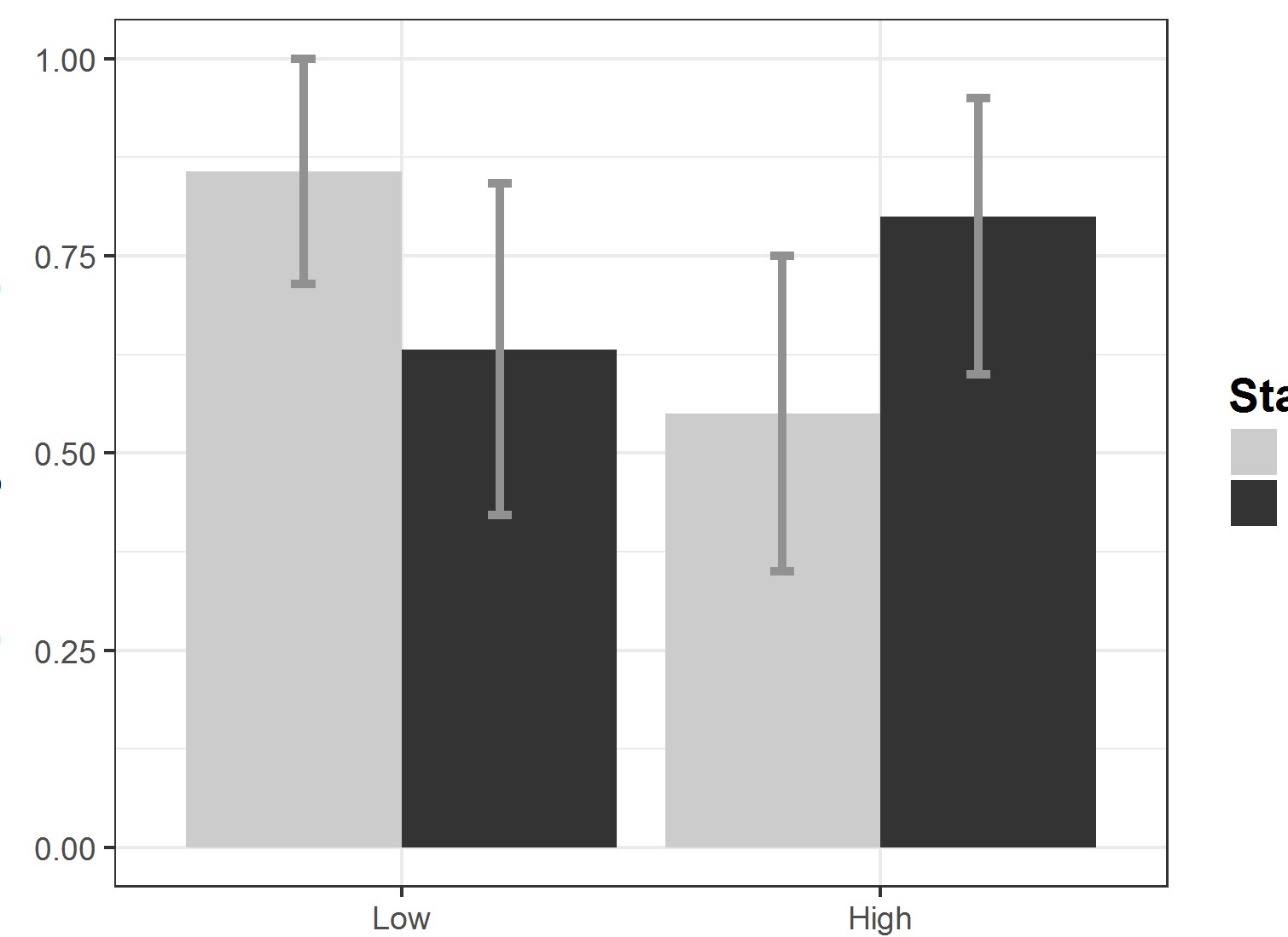 I have this output from a R ANOVA analysis and the graph attached. I want to verify if the interpretation for the scenario is correct?

When a categorical by categorical interaction is added to the model the groups are broken down into their memberships on both variables. In your case, the 4 groups would be: low and black, low and grey, high and black, & high and grey.

The interaction coefficient simply tells you that one of those 4 groups means is statistically significantly different from at least one other.

Not the answer you're looking for? Browse other questions tagged anova categorical-data interaction or ask your own question.