All the code and data for this question is on GitHub (stackexchange.R script). I've got multivariate Bernoulli data that I'd like to analyse using Bayesian Mixture Models. I've simulated 1,000 observations of 5 binary variables, split into 2 clusters in the ratio 0.7:0.3, each having different Bernoulli parameter vectors $\theta^5$.

I first implemented a Collapsed Gibbs Sampler for a finite mixture model with $K=2$, following eq 21 in van der Maaten, this code is in src/collapsed_gibbs.cpp. Sampling from this model has correctly identified the 2 clusters with their different $\theta$ vectors and their mixing proportions, as shown below. 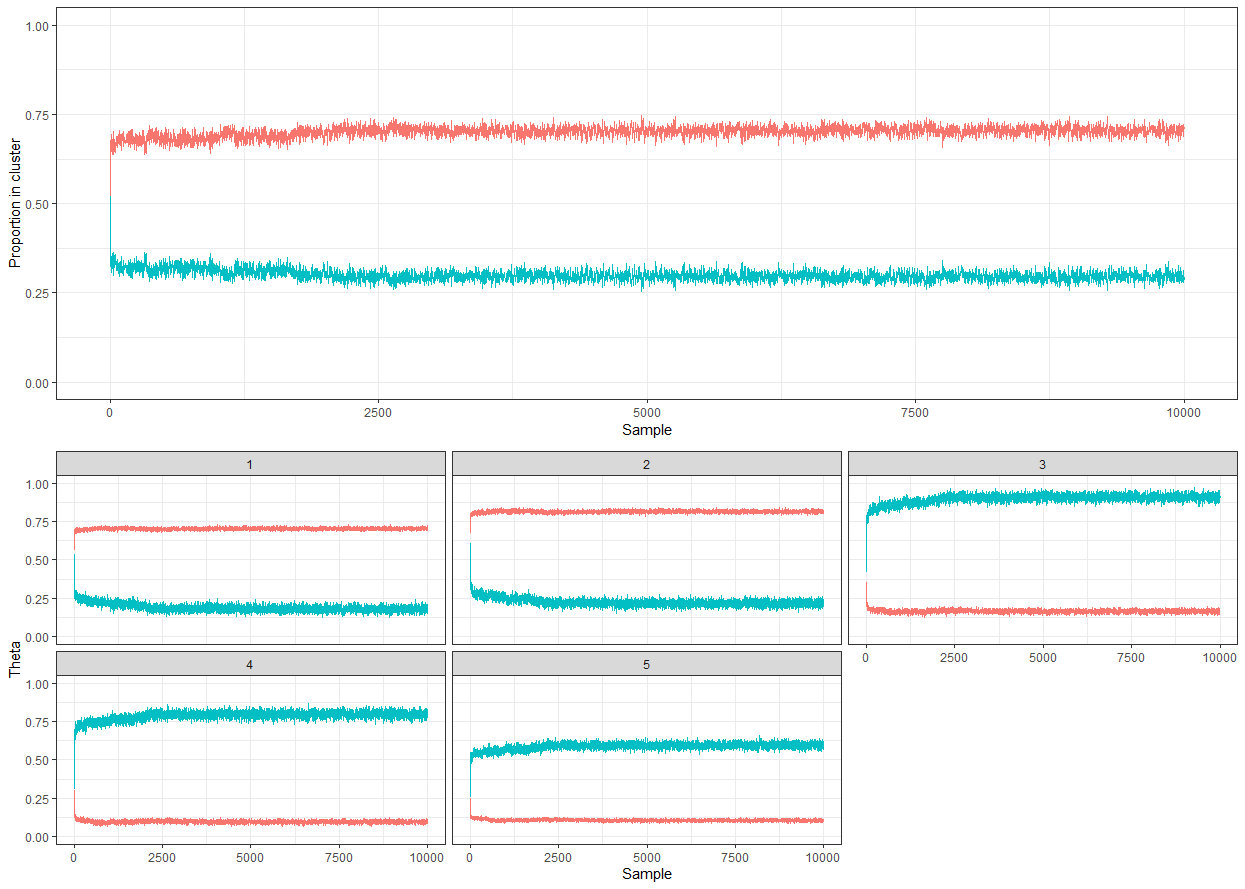 Sampling from this model produces something vaguely representative of the data, in that the 2 clusters are identified, but their label changes every few thousand samples, i.e. how the top trace below changes from the red component to a pink component around sample 6000. There's also quite a bit of noise in new clusters being generated with very few members.

Is there anything immediately obvious that I'm doing wrong with my sampling? I can't understand why after 6000 samples a new cluster is formed that sucks away all the members from an existing one that had 70% of the observations in it, to me it seems like the assignment probabilities are wrong but I can't see where this has occurred.

I'lll also say that I've put a $\text{Gamma}(1,1)$ prior on the concentration parameter $\alpha$, but I was seeing this behaviour when it was fixed at $\alpha=1$. 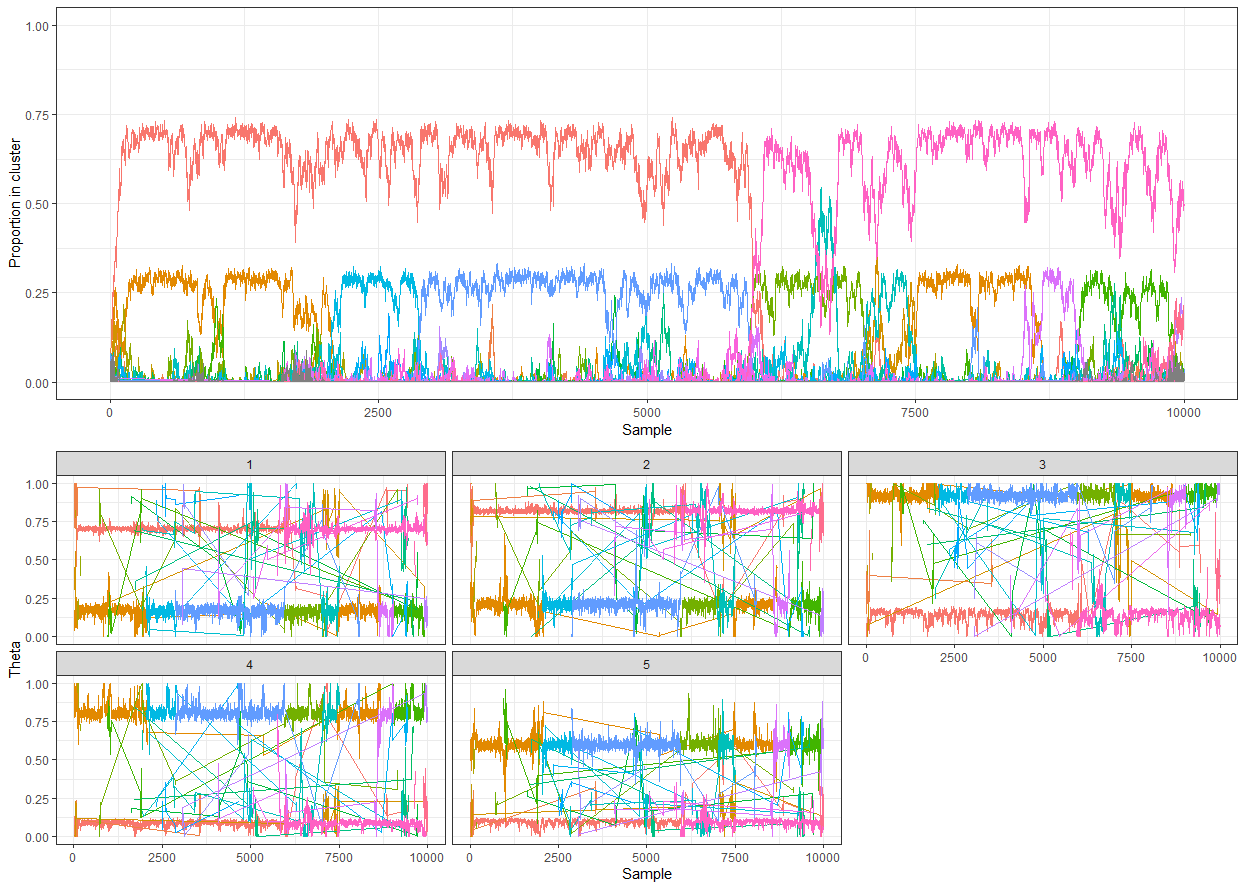 This "label-switching" behavior is expected. We would like the labels to stick to the cluster-specific Bernoulli parameters, but since the clusters are nothing more than possible partitions of individuals, cluster labels are not identified. The fact that you don't see the switching in the first case is because the chain is stuck in a particular configuration; it could just as easily ended up swapping labels/colors given different initial values.

Not the answer you're looking for? Browse other questions tagged mixture-distribution gibbs dirichlet-process or ask your own question.