how to understand Bootstrap t - method

Here is the definition of bootstrap t-method in book Statistics and Data Analysis for Financial Engineering with R examples page 144. But I cannot understand: 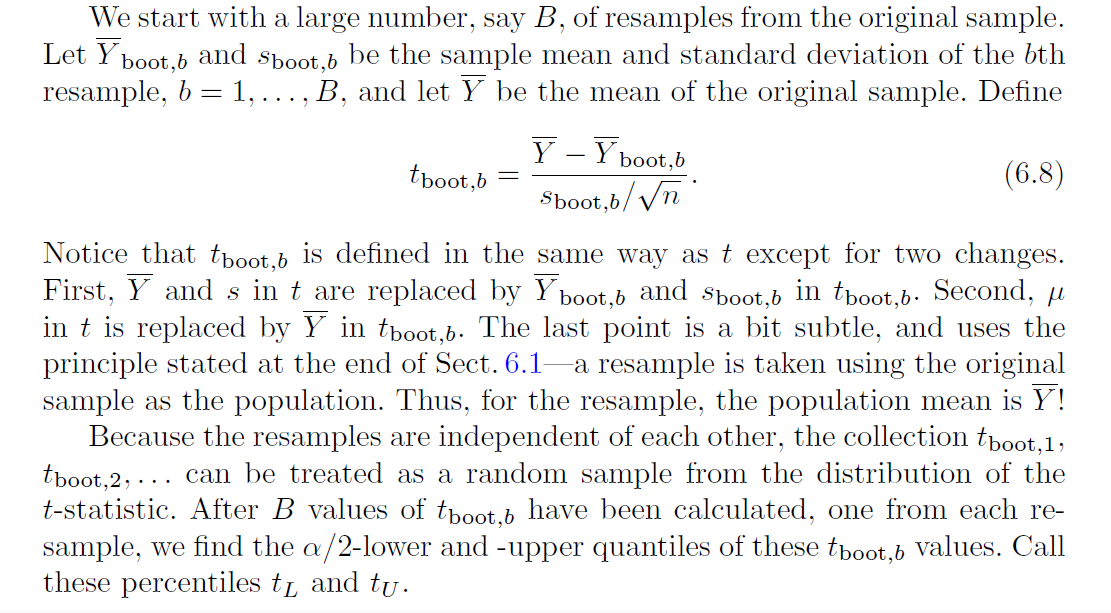 Confidence Interval for a General Parameter: 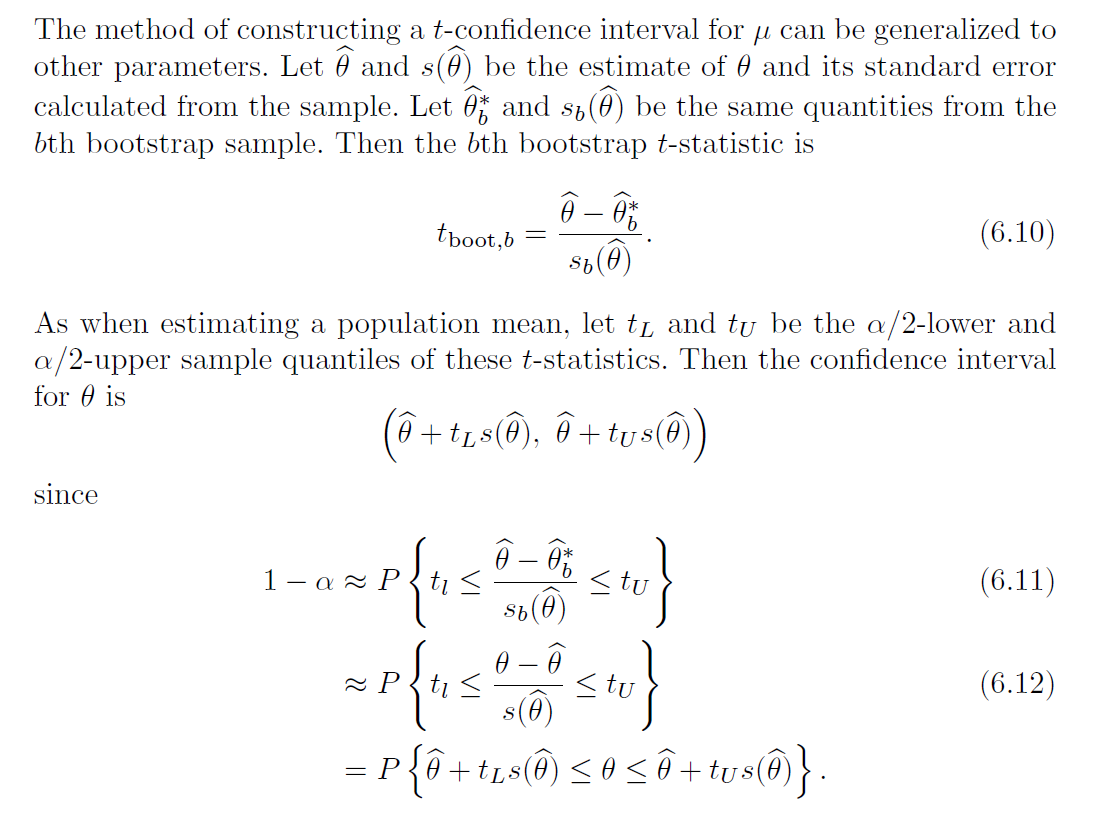 Not the answer you're looking for? Browse other questions tagged bootstrap t-distribution or ask your own question.

5
Non-technical conditions for validity of nonparametric bootstrap confidence intervals
3
code Welch's t-test in C++ using approximations for student's t values
0
Using Pivot Variable in Bootstrap Procedure
1
Which bootstrap confidence intervals are provided by boot.ci in R?
31
Is it true that the percentile bootstrap should never be used?
0
Number of bootstrap replicates versus number of simulations
0
arbitrariness in bootstrap bias estimation
0
How to understand and carry out the “score bootstrap”?