I'm having a hard time wrapping my head around the relationship between model posterior predictions and model comparisons via WAIC. Specifically, how do I interpret findings where a model including an effect provides clear evidence for an effect, but a comparison of that model to an intercept-only model via WAIC is inconclusive?

Some rudimentary simulations for context: I simulated datasets of varying size, all with a two-group design and a dichotomous outcome variable, where the probability of success was exactly .35 in one group and exactly .45 in another. The posterior predictions for the difference look like this: 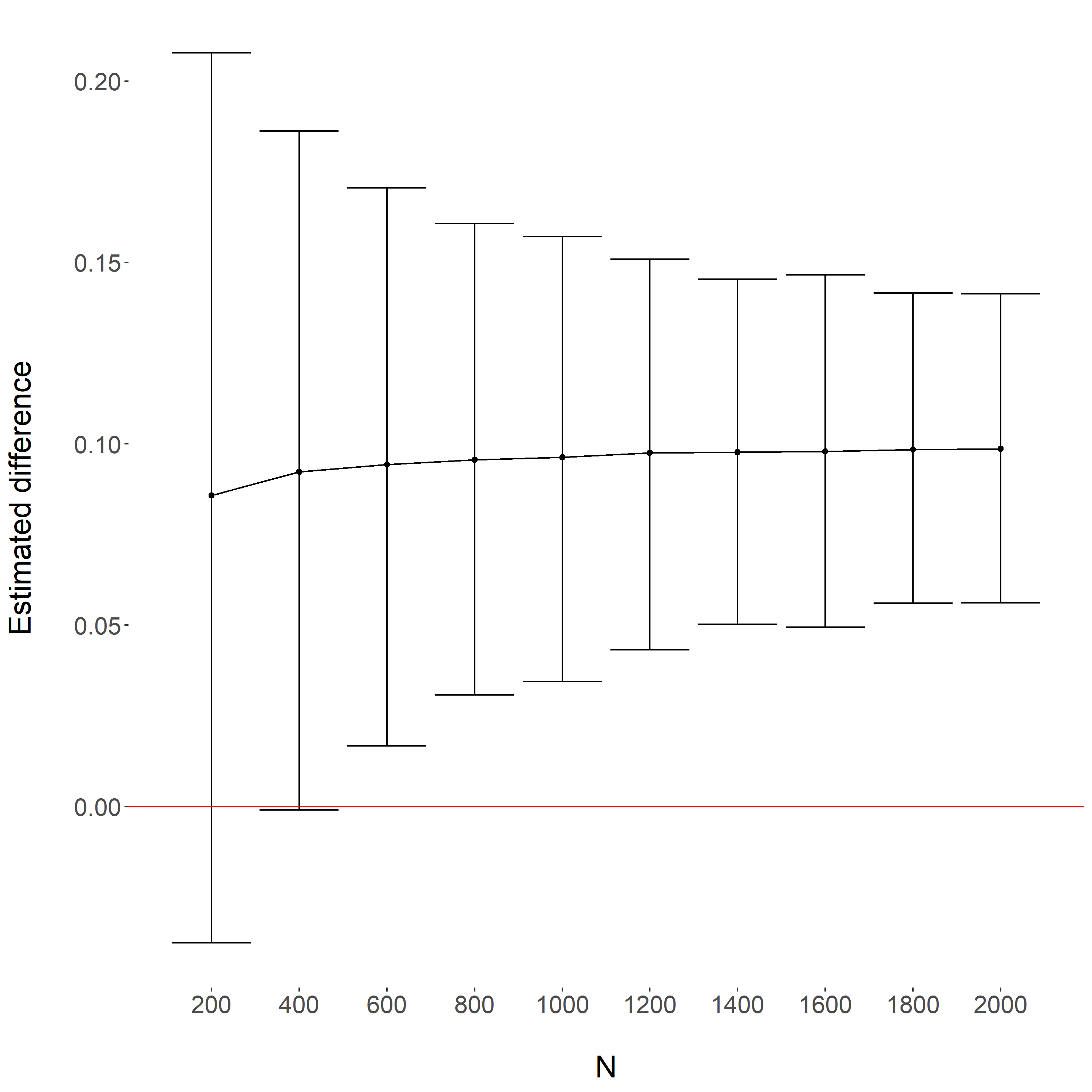 So, the model provides relatively unambiguous evidence for the difference at around N = 1,200. Using the same datasets, I then compared each of these models to corresponding intercept-only models, with these results: 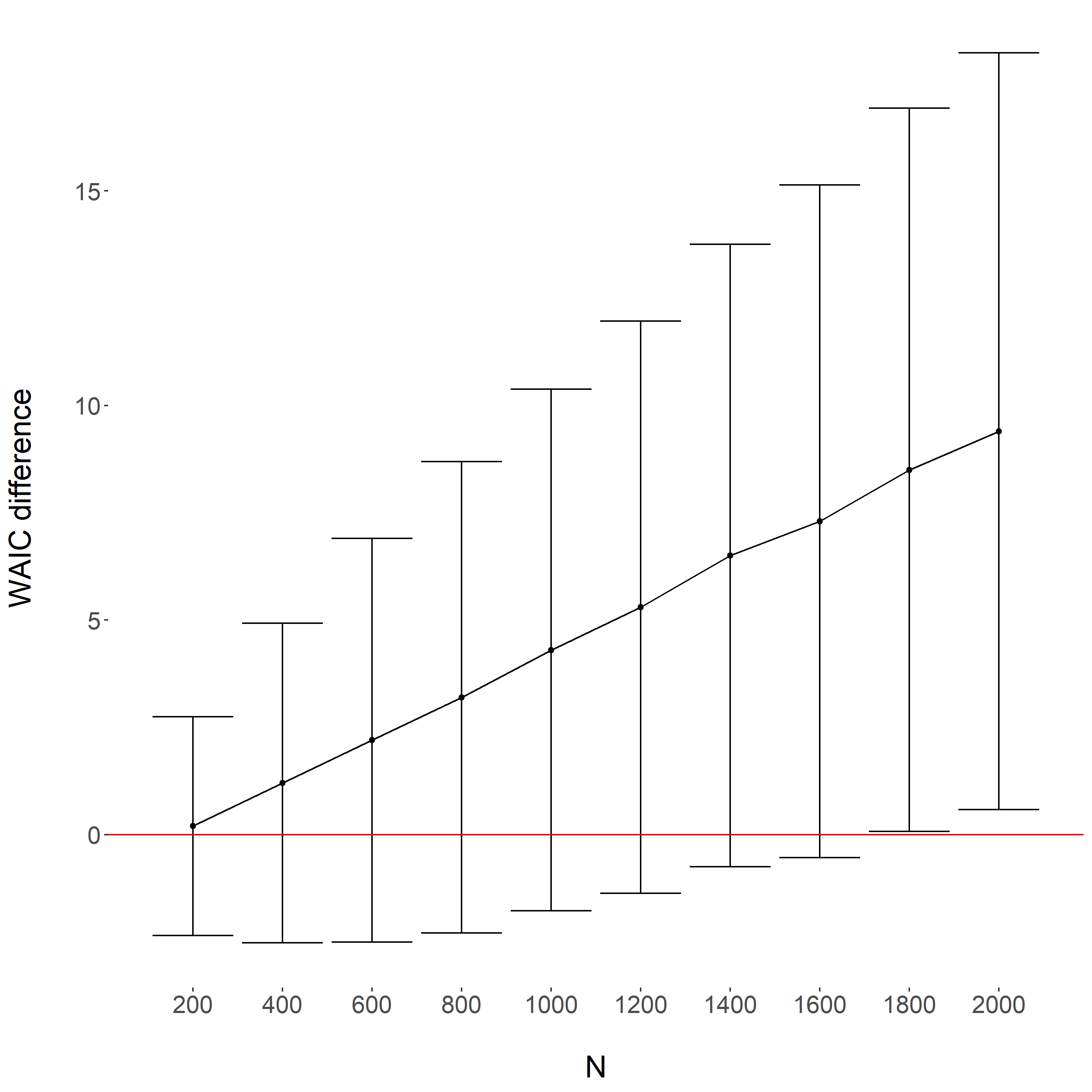 (Where positive WAIC indicates an advantage for the effect model, and error bars = 1.96*SE of the WAIC difference.)

Now, even at N = 4,000, the (true) model with the effect is not clearly favored. Models were run in brms (family = binomial, link = logit) and compared via the loo_compare function. Priors were as follows:

I get that WAIC and other information criteria are not simply measuring effects in the same way posterior predictions are, but I'm still not sure how best to interpret findings like these. Is it the case that:

2) Small effects are detectable in-model, but are unlikely to have an impact on predictive accuracy

3) There is some characteristic of my simulated data/analyses (i.e., binomial outcome, priors) affecting the WAIC comparisons

5) Something else is going on

Out of these, 2) seems to make the most sense to me, but even when I run the same simulations with larger effects, the WAIC comparison doesn't favor the effects model until the sample size is 2-3x larger than samples in which the models themselves detect a difference.

Browse other questions tagged bayesian model-comparison waic information-criteria or ask your own question.

1
Using DIC for model selection: (in)valid comparisons
0
Simulations to understand false positives/false negatives in Bayesian models
5
Warnings during WAIC computation: how to proceed?
0
Is it sensible to use Bayes Factors to examine probability that each coefficient in a mixed effects model is > 0?
8
Can WAIC be used to compare Bayesian linear regression models with different likelihoods?
0
Bayes factors and predictive accuracy in model comparison in rstan / brms