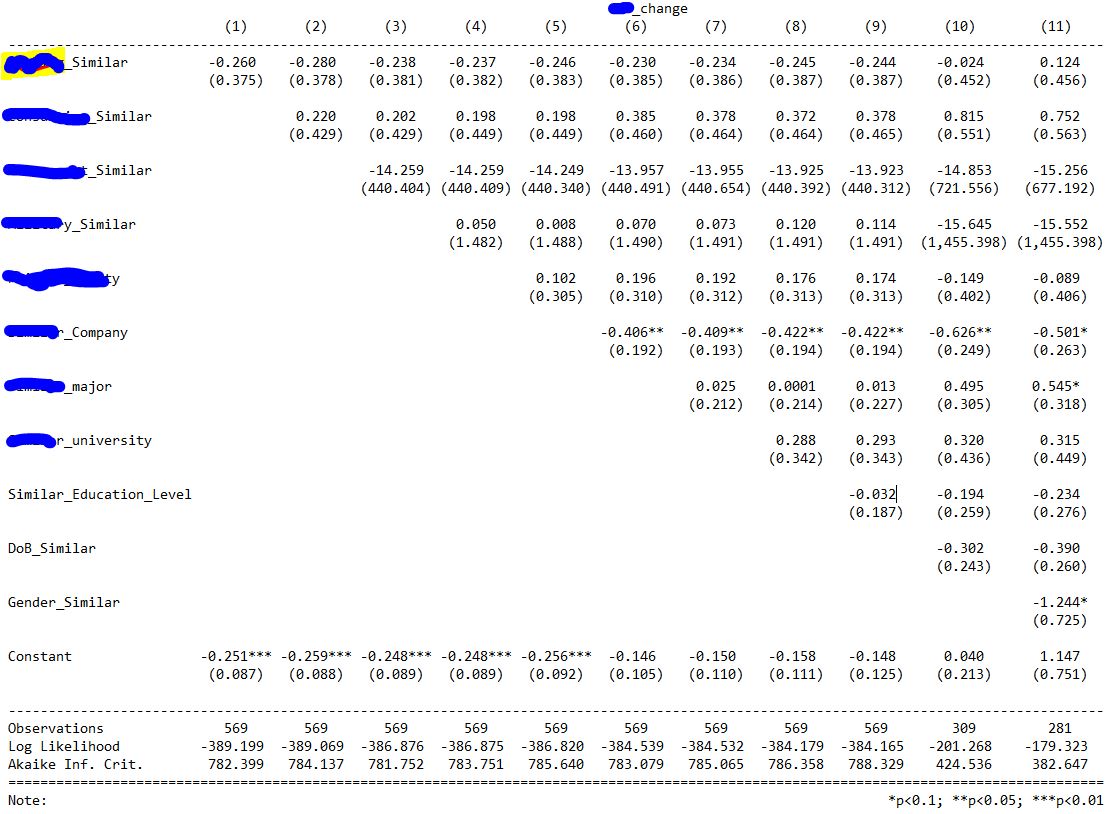 I have signed a confidentiality agreement with my university so I have hidden some of the content in the picture, I hope that is okay with the community here.

This is the output of R code with glm regression (Binomial-Logit) with both dependent/independent variables as binary(can take either 0 or 1 value).

As can be seen in my results there is this coefficient sign change while adding more regressors, and I am not sure why is that?

My independent variables are all binary and can take only binary values, but still I have ran the cor() test in R for the matrix which showed no collinearity. I have also checked VIF function in R that also shows no collinearity.

I have searched on internet and they talk about confounding variable( I don't know how to find one and I don't have access to further data from this niche industry).

Can you guys help me interpret these results ? or fix them if you think there is a problem?

Taking a closer look at your data, it seems that the number of observations also decreased when you added the last two variables, indicating you probably have missingness on those variables and you used casewise deletion (i.e., threw out those observations with missing values). If missingness is related to the outcome or the focal variable, discarding missing observations can bias any estimates from the model. There are other, more valid ways of addressing missing data, but they require some assumptions (which are weaker than the assumption that missingness is unrelated to the outcome). Because of the deletion of cases, I would be extremely cautious in interpreting the last two models; they only have half the number of participants as the other models. This is the most likely reason you are seeing changes in the coefficients.

6
Coefficient changes sign when adding a variable in logistic regression