I'm learning how to apply neural networks. In the example below, I use a linear activation function. Does this mean that the model becomes multivariate regression or is it an enhanced regression that covers discontinuous function due to layer and thresholds that control whether neurons fire up to the next ones 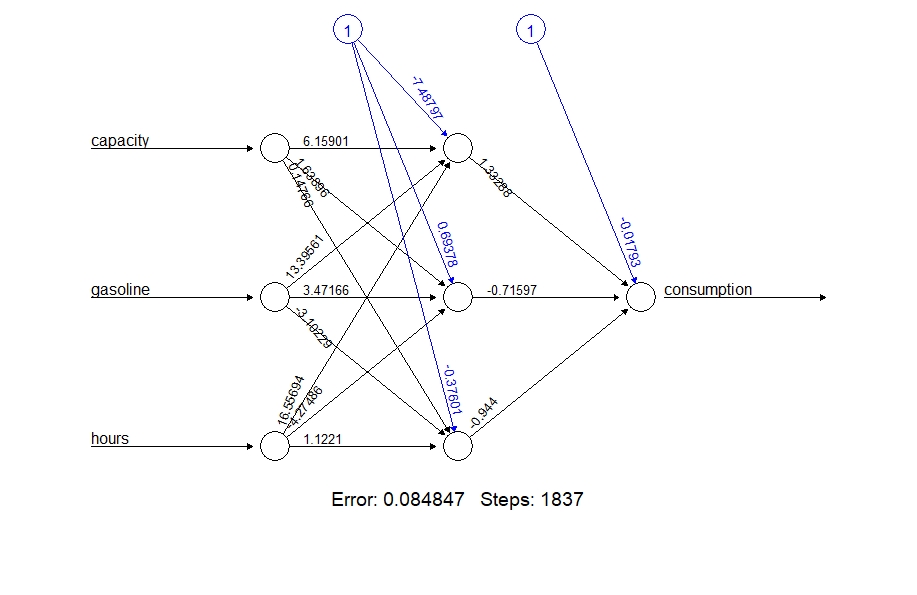 Per the documentation, the call

actually only uses a linear activation function for the final output node, the one labeled consumption in your figure. The interior hidden nodes use the default value of act.fct = "logistic", a logistic (also called sigmoid) activation function. Thus your model is capable of learning nonlinear functions.

There is no thresholding going on in your code, contrary to what you seem to think is happening. That would correspond to some different choice of activation function (perhaps a ReLU, among other options) that is zero if the input is below some threshold.

If you want to really use a linear activation function throughout, you can pass a linear function to act.fct. But then you'll just be learning a linear regression, as described by Dave's answer, with an unusual optimization scheme.

What you're doing with a threshold for neurons firing at all confuses me and, from the comments, others. Could you please clarify that?