I have a time series representing demand for a product which looks as follows: 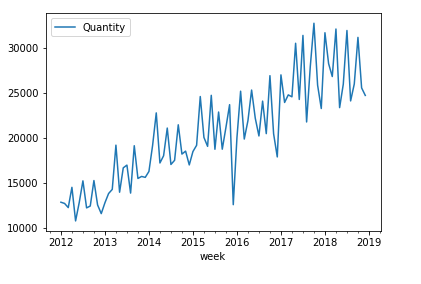 Clearly, this time series shows an upward trend and it's variance does seem non-stationary as well.

Further, I have a set of time series for the same timeframe, among which I would like to identify potential early indicators for changes in product demand. The potential indicators are on a very different scale, and also appear "more stationary" both in variance and in trend.

One example of a potential indicator looks as follows:

Now, I would like to start my process of identfying indicators. I have an idea of what I want to do but I am struggling to find the literature to back my ideas. My current plan is the following:

My question is: Is this approach valid? Are there other/better approaches that I could take?

Thank you very much in advace!

I say : Not necessarily as you my be vitiating the importance of the predictor series by pre-empting the effect

Iteratively compare the product demand series with the indicator candidate series' using cross-correlation - looking for leads, lags and contemporaneous effects with high correlation and picking indicators with high cross-correlation using pre-whitening procedures as discussed here Why is prewhitening important? and here The theory behind fitting an ARIMAX model

Post an example of one of your favorite products and I will try and help further .

P.S. in the absence of the causal series your Y series seems to have a level/step change at the last 16 or so observations. Note that a level/step change is in reality an INTERCEPT CHANGE . When you introduce your X predictor it's downwards activity for the latter part of the series might "explain" the level/step shift in Y .

EDITED AFTER RECEIPT OF DATA:

The PRED series that you posted is different from the one you originally included, I detected a zero in it and I remedied it and used it as a candidate to predict Y DEMAND) Here is a plot of PRED 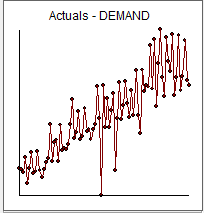 and a scaled plot of DEMAND vs PRED

The pre-whitening model for X is here

suggesting an expanded filter containing 15 coefficients , 10 of which are zero.

The pre-whitened cross-correlation is here suggesting a contemporaneous effect 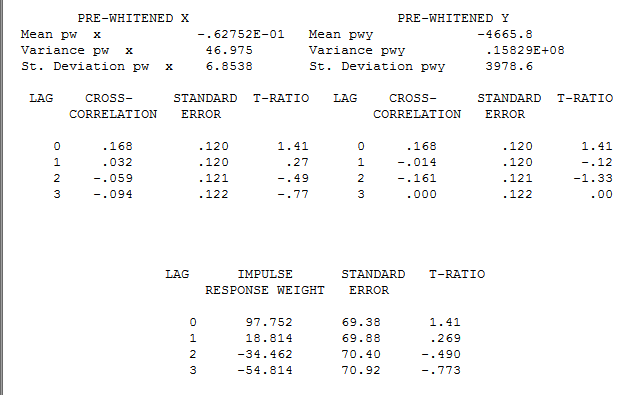 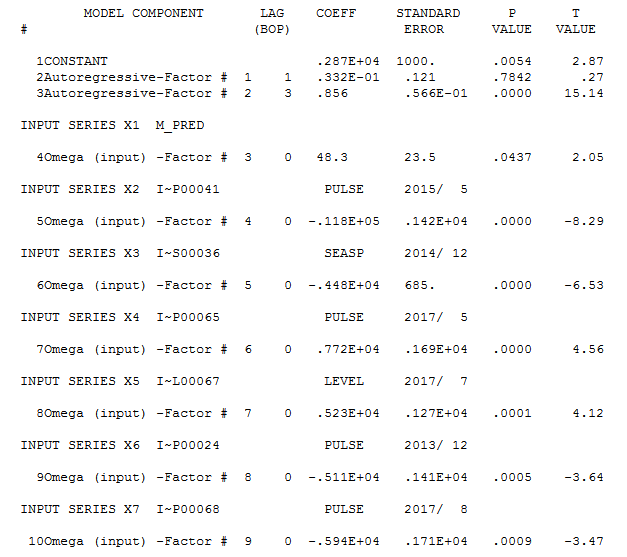 . The repetitive effects are a negative seasonal pulse for December and a positive level shift starting at July of 2017 ( 17 PERIODS AGO confirming a prior visual finding made before the actual data was received and analyzed) . The non-repetitive anomalies are nearly all visually obvious .

The statistics for this model are here 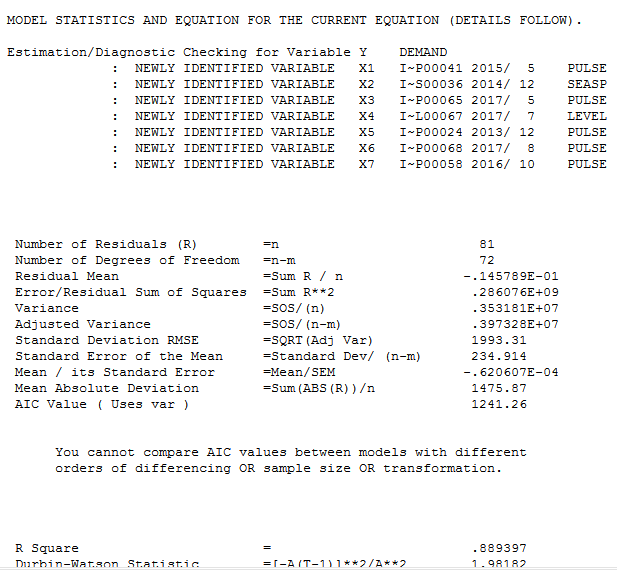 The unusual points were 5 in number reflecting one time anomalies.

Following is the Actual,Fit and Forecast graph

. The confidence intervals include the uncertainty in the predicted PRED and the possibility that future anomalies will be encountered.

In summary there is no need to difference the data in order to build a possibly useful model.

I used an (optionally automated) piece of software [AUTOBOX] that I have helped to develop. This is not meant as an advertisement but as a disclaimer.

Be very aware of the complicated ARIMA portion that was detected reflecting a typical STRONG QUARTERLY EFFECT typical in national account series. Kudos to @chrishmorris for his acumen/eyesight for visually detecting the strong quarterly effect for this monthly series AND SUGGESTING A 3 PERIOD AVERAGE be employed. Note that the value 3 periods ago is optimally weighted by .856 . The final model includes a 3 period weighted average with values .033 for lag 1 , 0. for lag 2 and .856 for lag 3 .

Finally if the OP wishes to specify future values for PRED these are easily used to create alternative forecasts for DEMAND . We show here the 84 historical values for PRED with ARIMA predictions for the next 36 periods. 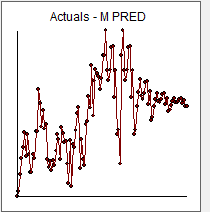 Your demand seems to have a quarterly cycle. I suggest that you separate this out by: - using a three-month sliding window to plot a trend line - calculating average demand on day one, day 2 of the quarter etc to plot the periodic variation - add the two figure and substracting actual demand to determine residuals

This will give you a clearer idea of what is to be explained. Exogenous factors could increase the quarterly variation, change the gradient of the underlying change, or make a temporary change in the size of the residual.

Not the answer you're looking for? Browse other questions tagged time-series stationarity cross-correlation or ask your own question.

6
Why is prewhitening important?
3
Is moving average(sliding window) a smoothing technique or forecasting technique?
2
The theory behind fitting an ARIMAX model
1
How to work with multi-step forecasting on differenced time series