I have a time series data that I wish to be able to obtain the general performance of it. For that, I use nested cross-validation with time series flavor as described in this amazing blog.

As you have to start with an initial window size, I choose my window size to be 52. The outer fold is mainly done at each time step left, from timestep 53 onwards.

For each outer fold, I compute the average error, in this case, RMSE in order to be able to see the error's fluctuation/trend as we move through the time steps. I wish by the end of the day to be able to see that the error decreases as I move forward with timesteps and to reach a point were it stabilizes. 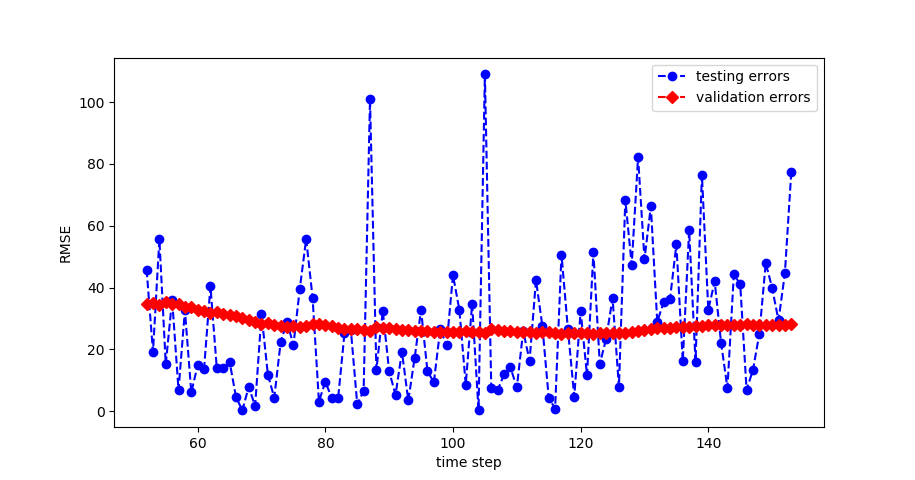 I am surprised from the harsh fluctauations in the outer fold RMSE. Can someone explain:

Note: My dataset is small in size (154 samples). I am unable to collect more data.Also, the

If I understand correctly what you are doing,

As RMSE is the square root of the average squared error (as opposed to averaging RMSEs) the variance uncertainty of our RMSE estimate does not quite follow the simple variance of the mean $s^2_\bar x = \frac{1}{n} s^2_x$ dependency. See variance of variance estimate for more information.

As a side note, I had only a very quick glance at the blog post you linked, so I cannot quite comment on its total virtue. However, already the first glance did raise some red flags:

@cbeleites Thank you so much!!! Indeed I realize what you are saying is very very true. The reason why I did not using rolling forecasts directly is because I have suite of models: Lasso, Ridge.., etc. from which I want to pick among them the best performing model, and then do rolling forecast using THAT picked model afterwards. However I want to tune their hyper parameters. That is why I am resorting to nested cross validation. Now after your comment, I am doing the following: n the outer loop, I divide the data now into 70 training and 20 testing, and the 70 training I divide them in the inner loop into 50 training and 10 validation. As I will use expanding window as you have suggested, the training sizes in both the inner and the outer loop increase one time step at a time, with the testing and validation sizes being fixed to 20 and 10 respectively in each of the folds (inner and outer)

This is what I got so far: 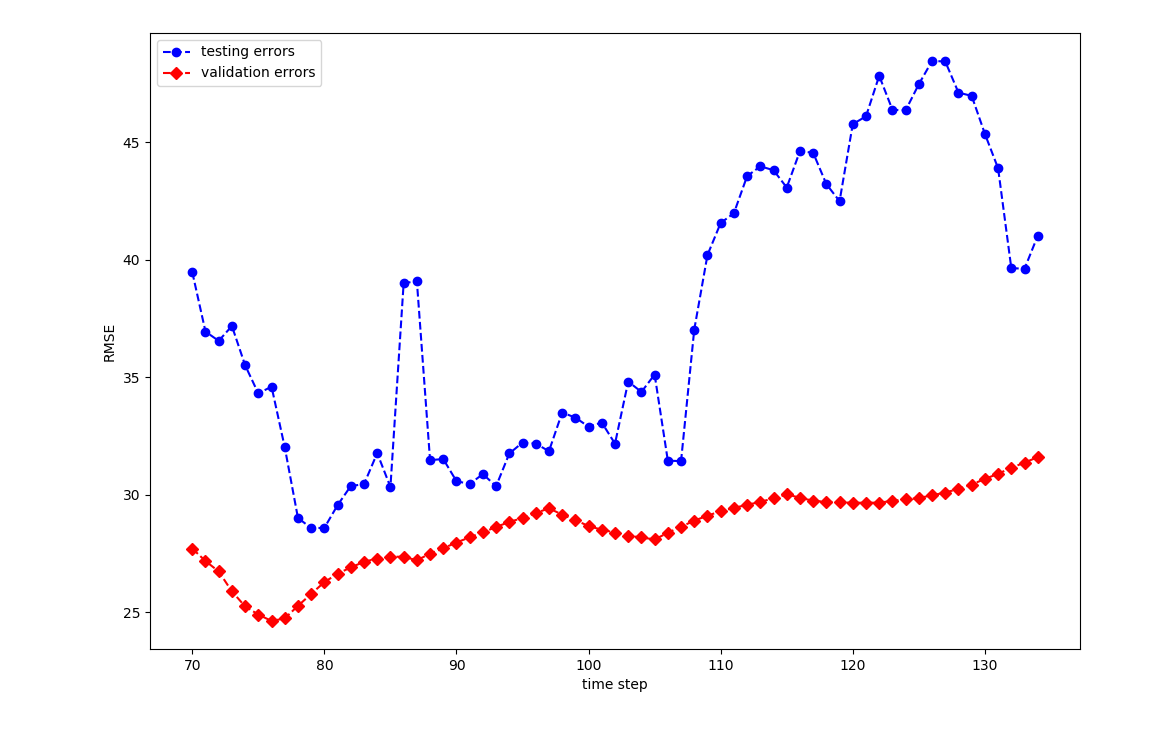 Now it is very clear, thanks to you, that doing "RMSE" on 1 sample was a very big, let me call it, mistake (since as you said it is just the absolute error).

Not the answer you're looking for? Browse other questions tagged time-series cross-validation validation hyperparameter rms or ask your own question.