Can we model a bimodal response variable using a mixed effect model?

I have a response variable that is bimodal (basically, 2 normal distributions that are sticked together) and want to model it using a linear mixed effect model.

Here is a quick example (in R): 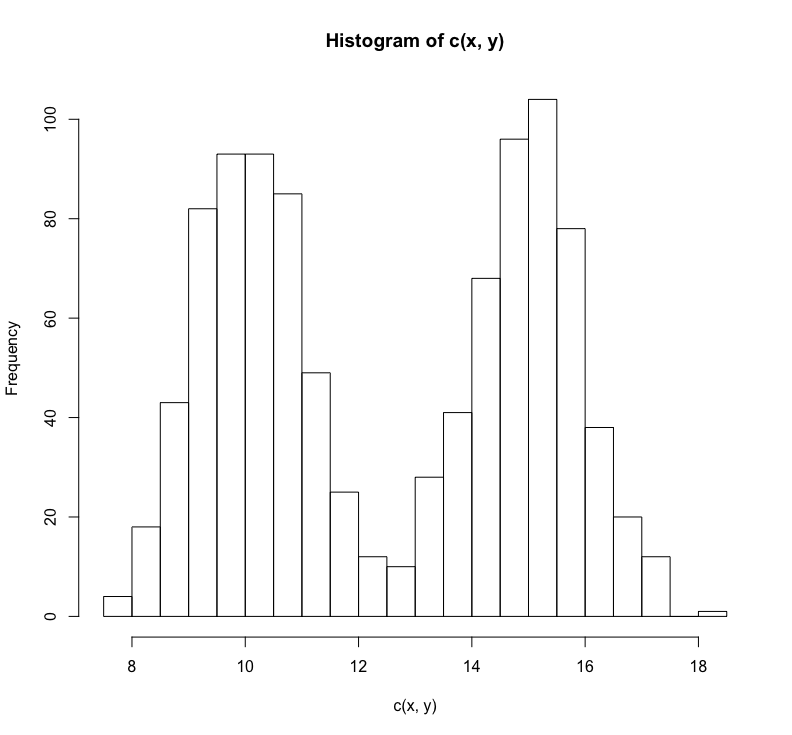 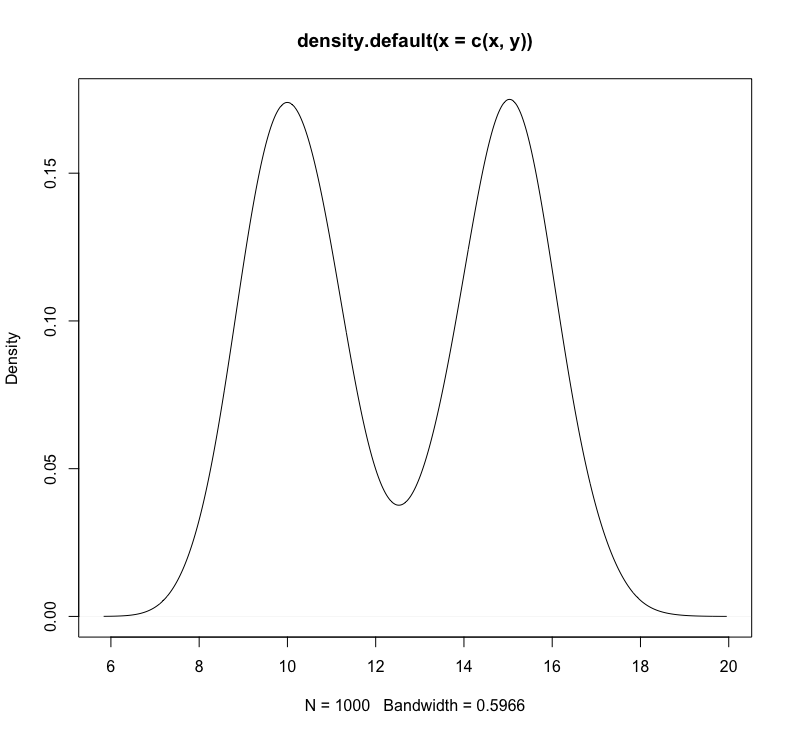 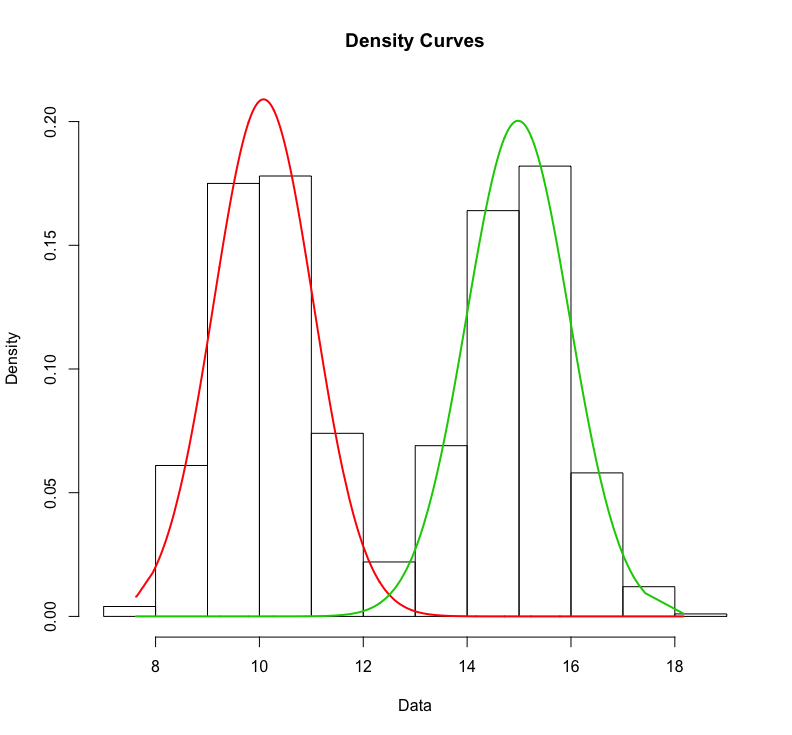 If I understand this correctly, you want to be able to determine which of 2 peaks a new value selected from your horizontal axis corresponds to. A logistic regression model should be able to do that pretty well. Consider each of your peaks to represent 1 of 2 classes, and collect a set of values representing both class membership and the horizontal-axis values, following your example in R:

Then you could use this model to predict class membership for a new value along the horizontal axis:

meaning that if a new case has a value of 12 then it has about 11% probability of belonging to the rightmost of the two classes. That looks pretty close to what one might gauge from your density plots.

Not the answer you're looking for? Browse other questions tagged r mixed-model generalized-linear-model linear bimodal or ask your own question.

2
Splitting of bimodal distribution, use in regression models