I built a simple classification model that is required to predict a probability distribution for a set of two available classes.

As a sanity check I wanted to test if my model could optimize over a single sample.

In both cases the model could achieve a low loss (for the criterion of KL divergence) but the optimization processes and results were very different: 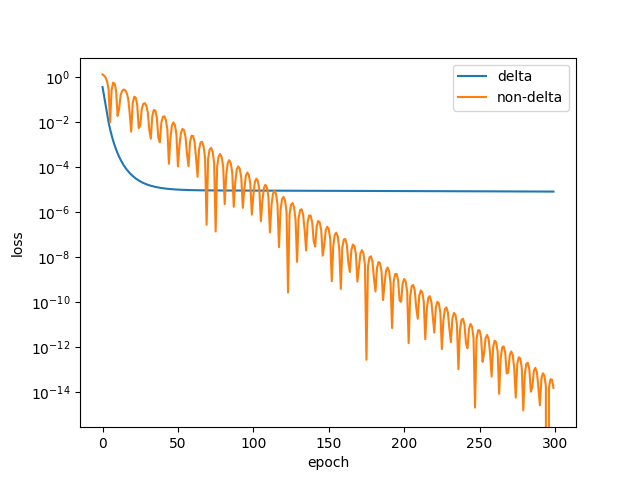 As you can see there are multiple differences between the two:

What are the reasons for difference between the optimization processes over a delta and non-delta distributions?

Here is the code (in pytorch) for a minimal reproducible example: 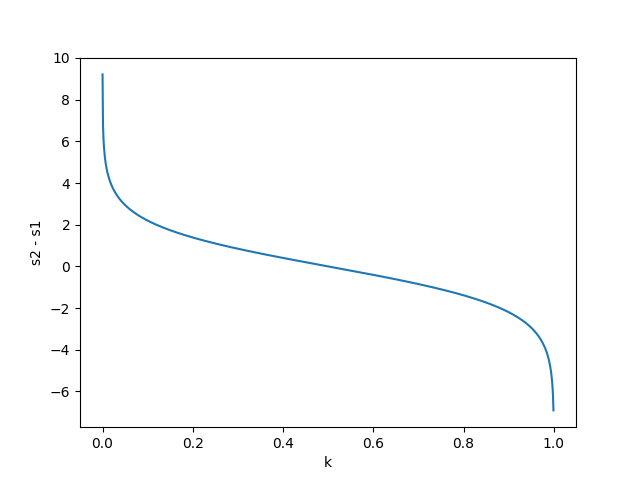 So initially we can see that the optimization goals for the two target distributions are different.

I will focus on each case separately.

1. Optimizing over the delta distribution

The issue is that the model doesn't reach a low enough loss. (when comparing to the loss achieved on the non-delta distribution), which means the optimization process can't reach a good enough proximity to the distribution $[1, 0]$.

In order to receive a better proximity, we would require to reach a higher difference $s_2 - s_1$.

We can test that using a higher learning rate can achieve better results in that case. 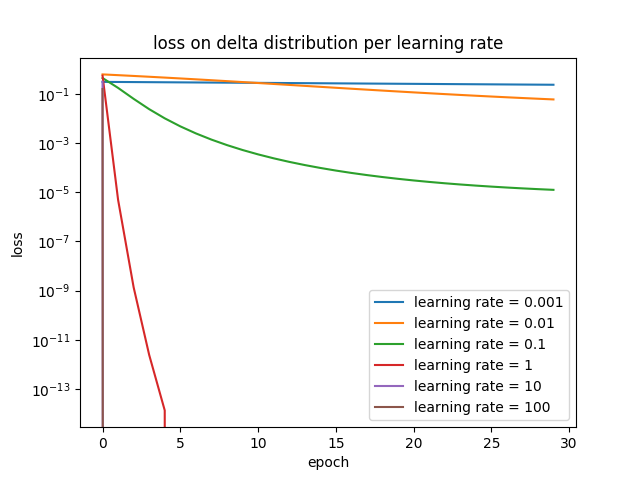 2. Optimizing over the non-delta distribution

I mentioned that the optimization over this distribution is the process of reaching a precise $\Delta s$. This might indicate that the oscillations in the loss can be caused by oscillating over a local minimum.

We can try to reduce the learning: 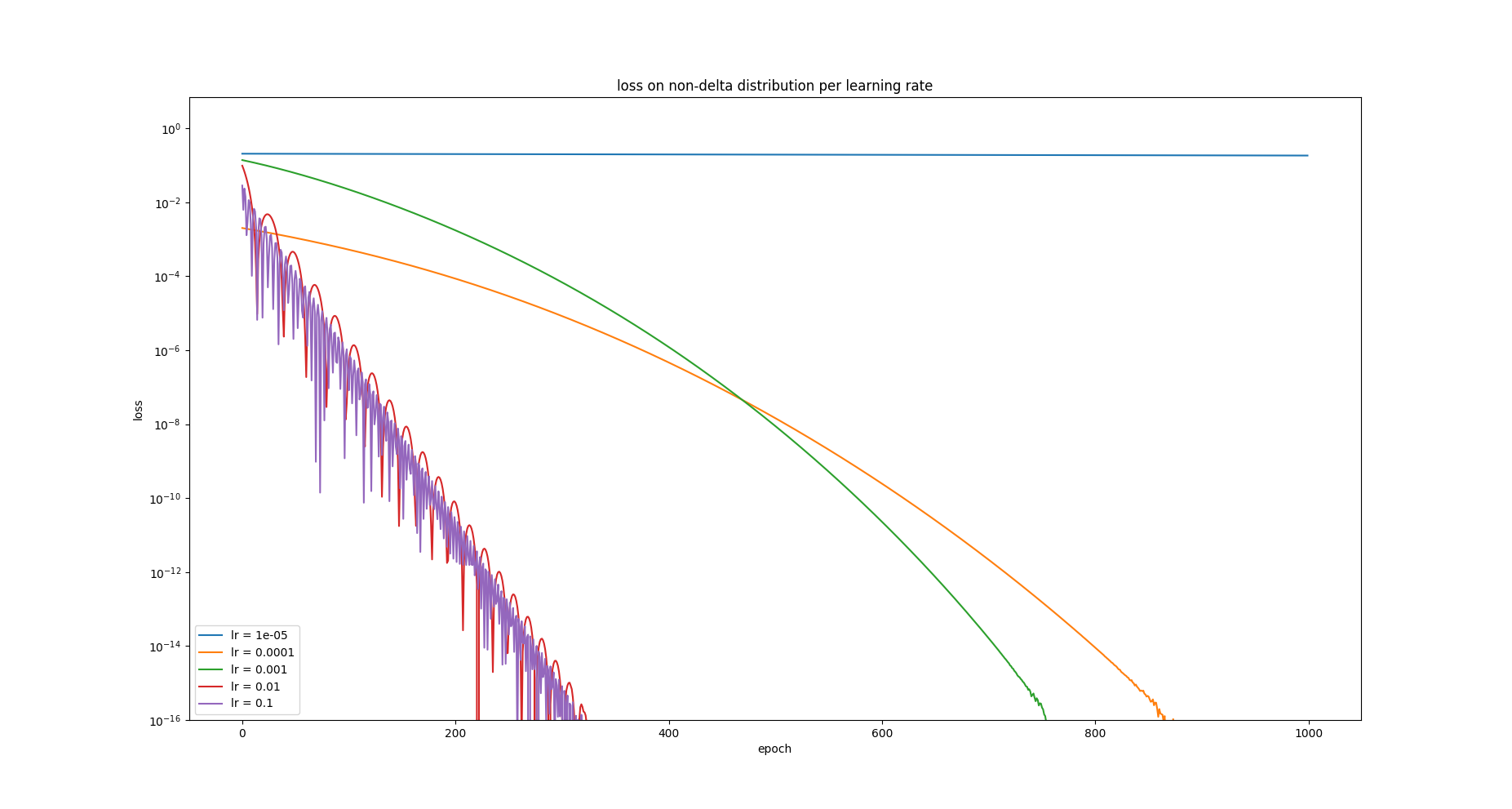 It seems that lower learning rate reduced the oscillation, but the optimization speed is still much slower compared to what was achieved on the other distribution.

Looking at the original oscillations of the loss w.r.t the non-delta distribution, I noticed that the loss goes up for a few successive iterations, despite having a low learning rate.

I than researched on how the Adam algorithm is defined. Using the default of $\beta_1 = 0.9$ we approximately use the past 10 gradients in order to update the parameters. I than hypothesized that it might be caused due to using too long of a history.
I.e if the direction of the gradient has changed because we leaped over the minimum, that could cause us to keep going in the same direction for too long.

Therefore using a shorter history of gradients might resolve this.

Here is a test with smaller $\beta_1$ values: 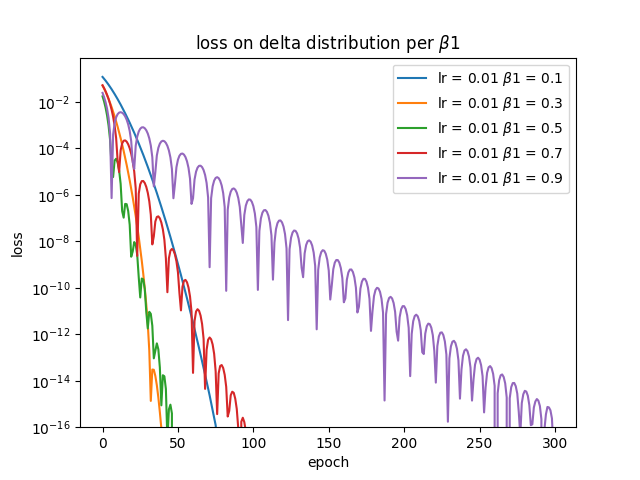 The elimination of the oscillation also increased the speed of the optimization significantly.

Not the answer you're looking for? Browse other questions tagged neural-networks optimization kullback-leibler adam or ask your own question.