How can I visualize an ordinal variable predicting a continuous outcome?

What is the best way to visualize the relationship between an ordinal predictor and a continuous outcome?

So far I have the below, but I feel like this is lacking... 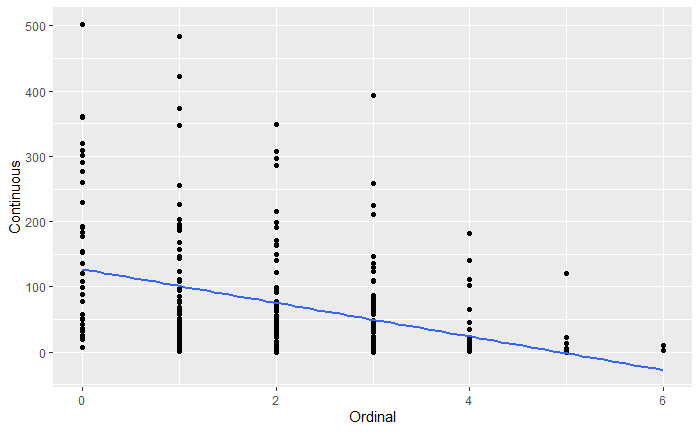 The way I modeled it is I treated the ordinal predictor as an interval instead of categorical. If this is not the best way to treat this type of data, I'd appreciate the feedback.

The plot you shown is pretty good. But I think you can improve the data-ink ratio (invented by Edward Tufte) even more by showing all the datapoints. You can do this by adding jitter to the x-axis.

Another improvement is to emphasise that the ordinal variable is categorical and not continuous. You can do this by using a different colour for the different levels.

As an example I have plotted the titanic dataset in R, using the passenger class as an ordinal variable and the passenger age as the continuous variable. 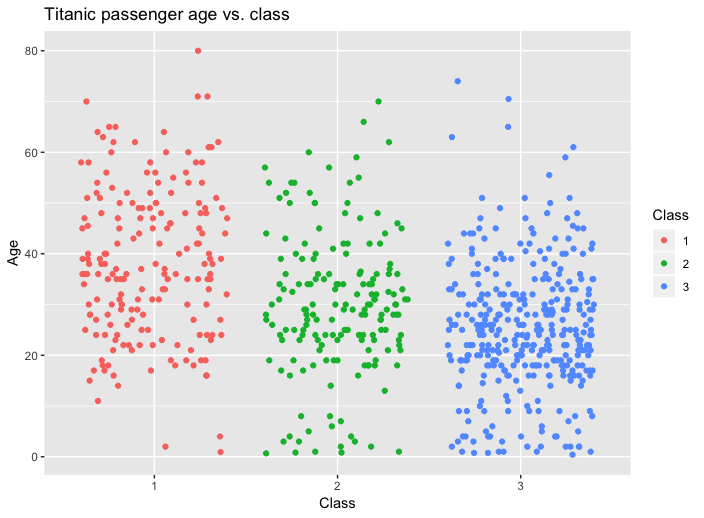 The problem with this is that there's no way of knowing how many dots are bunched up together. Two solutions I've seen:

This would give you tighter box if data points are bunched up together. 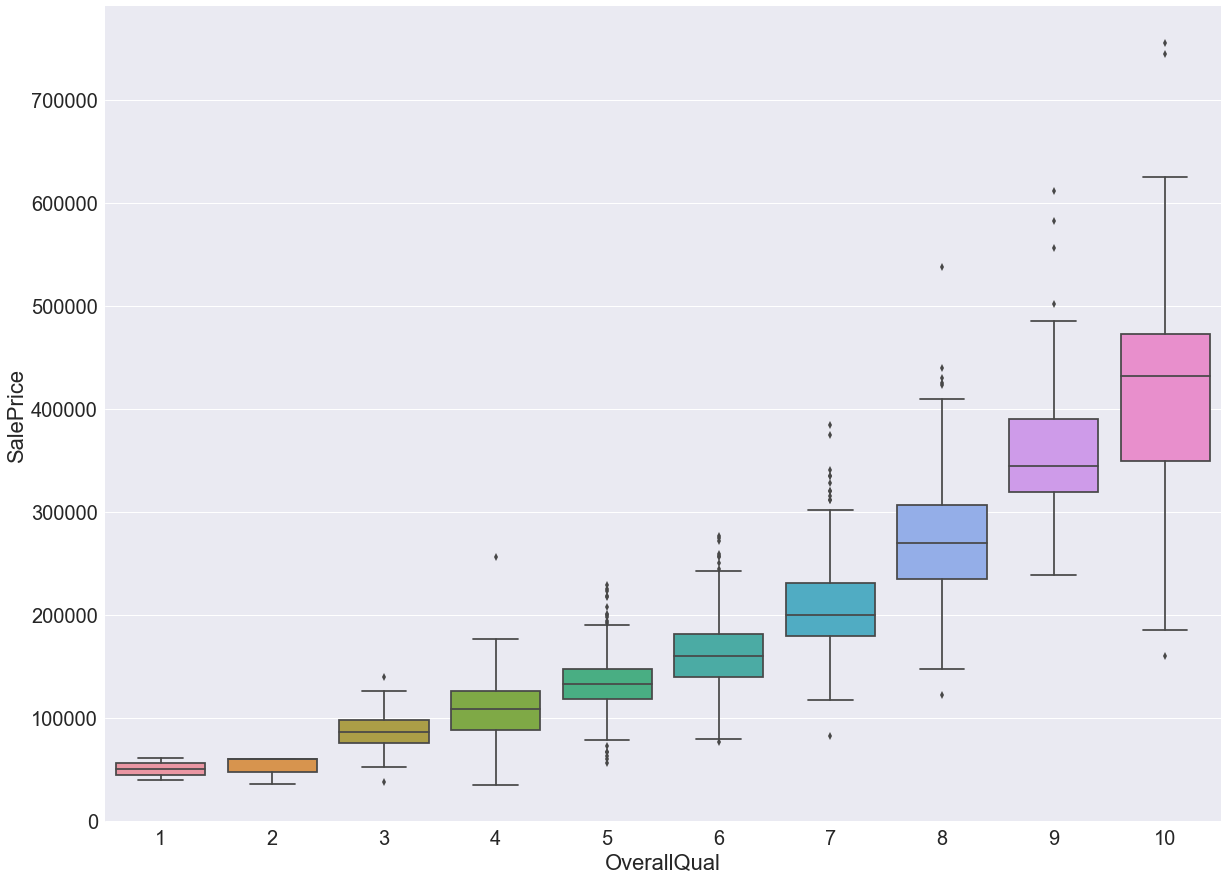 Not sure if this is the official name, but basically you put the vertical axis into bins. The size of the bubble is determined by how many observations fall into that bin. 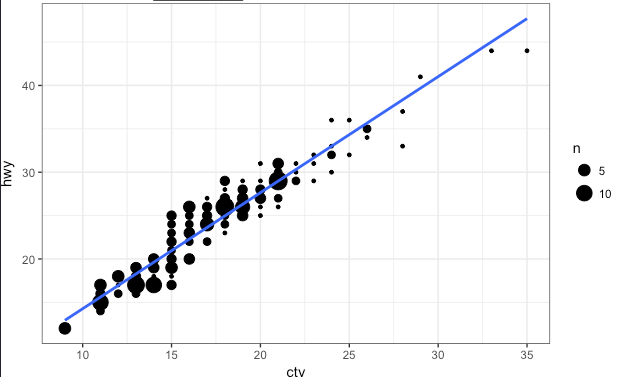 In addition to the box plot suggested by Art, I suggest a violin plot:

Explicitly showing the median and interquartile range, as done in the above image, is optional.

Violin plots are similar to box plots, except that they also show the probability density of the data at different values, usually smoothed by a kernel density estimator.

A violin plot is more informative than a plain box plot. While a box plot only shows summary statistics such as mean/median and interquartile ranges, the violin plot shows the full distribution of the data. The difference is particularly useful when the data distribution is multimodal (more than one peak).

A similar alternative is stacked histograms or density estimators: 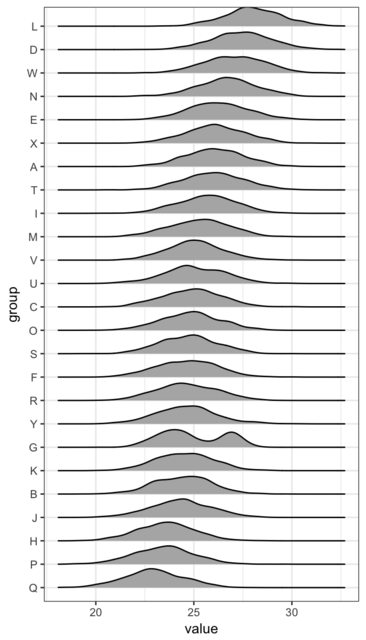 To your scatterplot, I would add a large point indicating the mean Y-value at every unique X-value, and also do one or more of the following:

As Glen_b notes, there is insufficient information right now to decide whether adding a linear regression line is meaningful.

You state that one variable is ordinal, then you decide to treat it as interval. Is that reasonable? There is no way for us to know, as you have not said what the ordinal variable actually is. If you do decide to keep it as ordinal, then what to do depends on your sample size. If N is very large then I like the box plot solution. If N is not so large, then I like jitter. There are other additions you can make to the scatterplot as well - I wrote a presentation about this using SAS, but I am sure it could be duplicated in R. (If that link does not work, Googling flom, scatterplots, enhancements should find it).

But what if treating the variable as interval is not reasonable? You could come to this conclusion either substantively or by trying different codings and seeing how results change. In that case, I suggest trying optimal scaling. There is an R package optiscale that may help (I have not used this package).

The basic idea of regression is that the probability distribution of $y$ depends on $x$: there is some family of distributions $P_x(y)$. It's generally assumed that these distributions are all normal with a constant standard deviation (homoscedasticity), leaving only the mean as depending on $x$: $p(Y=y) = N(\mu_x,\sigma)$. With continuous data, you typically get only one $y$ for finitely many $x$, and no $y$ for the rest, making estimating $\mu_x$ by just looking at your sample $y$ for that $x$ unworkable. So a further assumption is often made that $u_x$ is a simple linear function of $x$, so that $p(Y=y) = N(mx+b,\sigma)$ for some numbers $m, b, \sigma$. The linear regression formula then gives you an estimate of $m$ (slope) and $b$ (intercept) for your data.

Here, you seem to have highly skewed data, and there seems to be a general trend of decreasing spread, so if you were to use linear regression, the normality and homoscedasticity assumptions would be problematic. But you appear to have a large dataset for each value of $x$. So to estimate $\mu$ for a particular $x$, there is no need to use the linear regression formula; you can simply take $\bar y$ for each $x$. Which is more informative for predicting a $y$ for $x=4$: looking at the $y$ values for $x=4$, or looking at the $y$ values for $x=3$ and $x=5$, and trying interpolate between them?

You may want to show summary statistics other than just $\bar y_x$. A box plot can show meadian and quartiles, for instance. You might also want to represent the standard deviation somehow.

You could also show the entire distributions. You could do that with x-dither, as Pieter suggested, or with another type of chart, such as density plots. You could put them side-by-side as in Pieter's answer, but with only six categories, it might be possible to combine them into one chart with the categories separated by colors. Here's a discussion of histograms and density plots: https://towardsdatascience.com/histograms-and-density-plots-in-python-f6bda88f5ac0

Not the answer you're looking for? Browse other questions tagged data-visualization ordinal-data or ask your own question.

3
How to interpret this scatter plot?
1
Correlation between binary variables