How much can the Pearson and Spearman correlation coefficients differ in a dataset? (edited)

Probably this has been asked and answered before, but I could not find an answer. It can also be, that I don't find an answer, because it is not a meaningful question.

Nevertheless, I would be interested in a set of data with Pearson correlation above 0.95 and Spearman correlation below 0.6.

Sure. We can achieve this result by adding a single extreme data point to an otherwise uncorrelated, and nonmonotonically related, set of data:

Note that the first 99 values are uncorrelated with each other according to either definition of the term, but the 100th value is extreme. This causes the Pearson correlation coefficient to be large, but the Spearman correlation is less affected, as the rank of the largest value is 1 regardless of how large the value itself is.

Compare to a less extreme outlier: 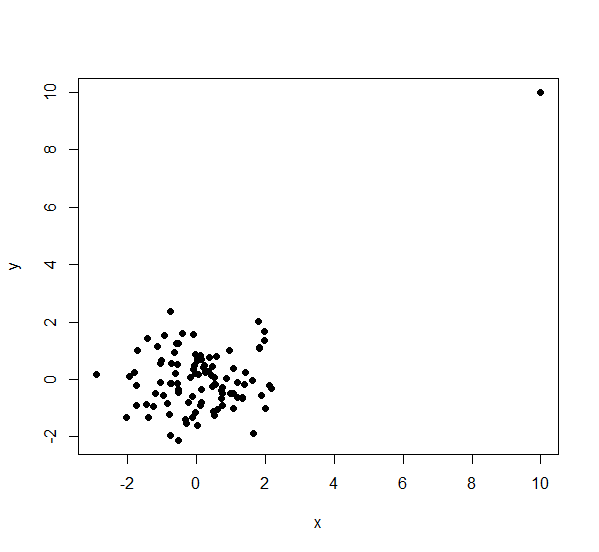 An (less extreme) example without outlier is 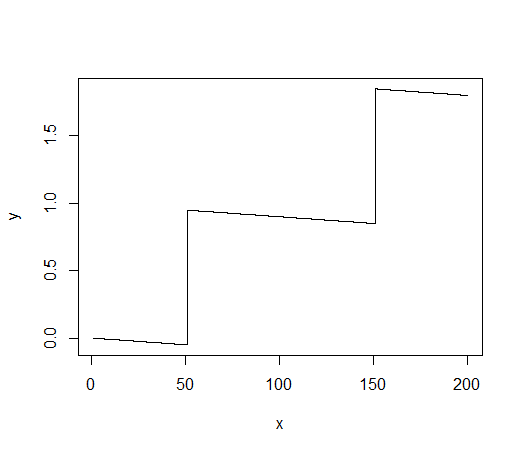 Part I. No: Linearity is one example of monotonicity.

Part II. Pearson's $r$ is a fragile measure of linearity

Pearson's $r$ is subject to particular assumptions in order to produce estimates which have reliable interpretations. For example, violation of the homoscedasticity assumption (familiar from linear regression) can produce more or less any value of $r$ in uncorrelated data (i.e. in data with no linear, and no monotonic relation) with the simple addition of a high leverage data point which is (1) an extreme value in the $X$ dimension, and (2) has a value of $Y$ for that extreme value of $X$ including some non-zero slope on the linear regression between $Y$ and $X$. In this way, you can obtain an arbitrarily strong (and invalid) estimate of linearity, with an arbitrarily weak Spearman's $r_{\text{S}}$.

Any kind of trend with seasonality data will fit your description. For instance, CPI not seasonally adjusted will have a strong linear trend, but CPI increase over time is clearly non-monotonic due to annual seasonality.