how to scale the density plot for my histogram

I have the histogram plot and I'd like to overlap it with density line for the same data. Importantly, I don't want to turn histogram into density values, but want to keep N (numbers) on y axis. Is there any way to overlap the histogram and density plot without transforming the histogram, but rather to scale up the density curve ? 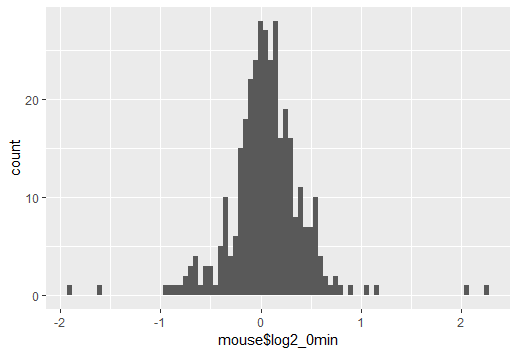 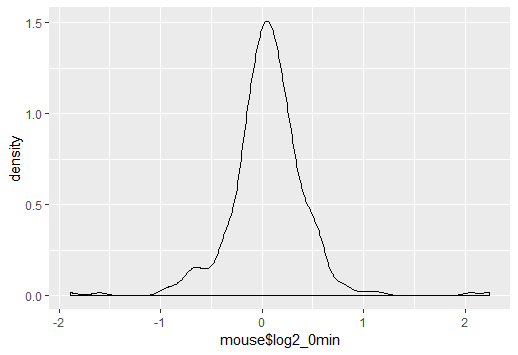 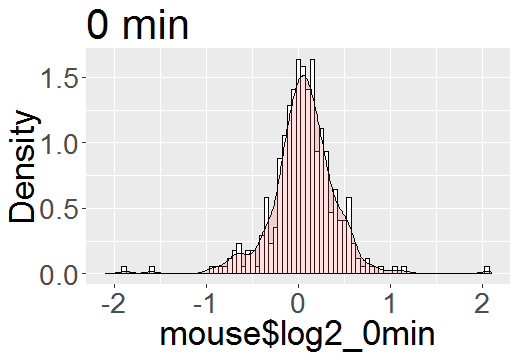 Using actual density functions. A correct (and perhaps the easiest) course of action is to do what you explicitly say (without giving a reason) that you do not want to do: Put the histogram on a density scale and then superimpose either a density estimator based on data or the density function of the hypothetical distribution from which the data in the histogram where sampled. If you do this, the vertical scale of the histogram is automatically the correct scale for the densities.

Below is a histogram of data from a mixture of normal distributions, simulated in R, along with a kernel density estimator (KDE) of the data (red), and the distribution used to simulate the data (dotted). [With sample size as large as $n=6000$ you can expect a good match between the histogram and the KDE---even if not always as good as shown here.] 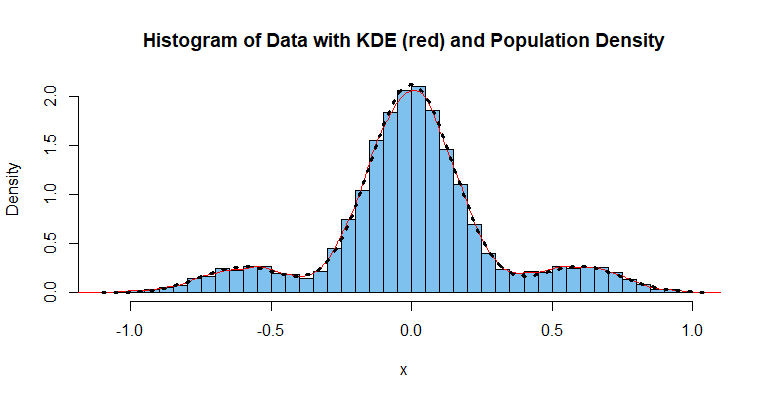 The relevant R code is shown below.

"Scaled Density." If you insist on using a non-density function that imitates the shape of the density function, you can make a frequency histogram with the same bins as the plot above, then use the vertical scale to decide what constant multiple of the KDE or the population density gives the effect you want. [In that case you need to explain that the curve is not the density, but suggests its shape.]

For the figure below I multiplied the proper density function by a guess of 300, which seems to work OK. [The term "scaled density" is not widely used, as far as I know, and may tend to make the procedure seem legitimate.] 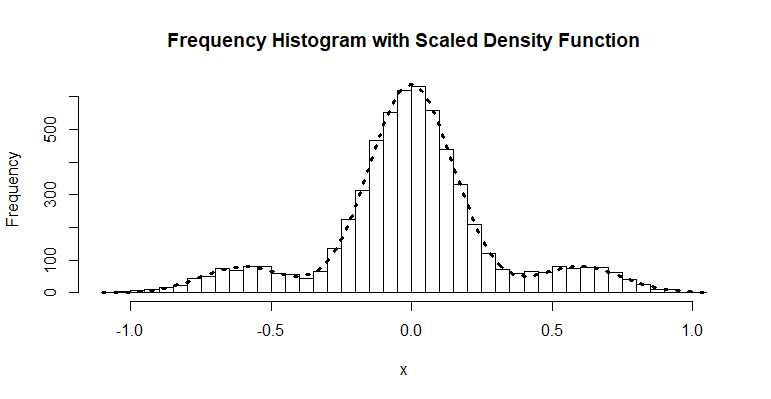 Not the answer you're looking for? Browse other questions tagged data-visualization density-function histogram scales or ask your own question.

14
QQ plot does not match histogram
3
Why is my density plot just a line on the bottom?
6
How to better plot and compare overlapping histograms?
0
Log scale in histogram + Stata
3
How to compute values of a histogram for a given density function?
0
draw histogram by hand and then calculate probability density function from that
1
How to approximate histogram(f(x)) from histogram(x)?