Is the assumption of normality of the error term needed to use p-value?

I have been thinking lately about the following:

1. Is the normality assumption of the error term really needed in order to make use of p-values for linear regression models? 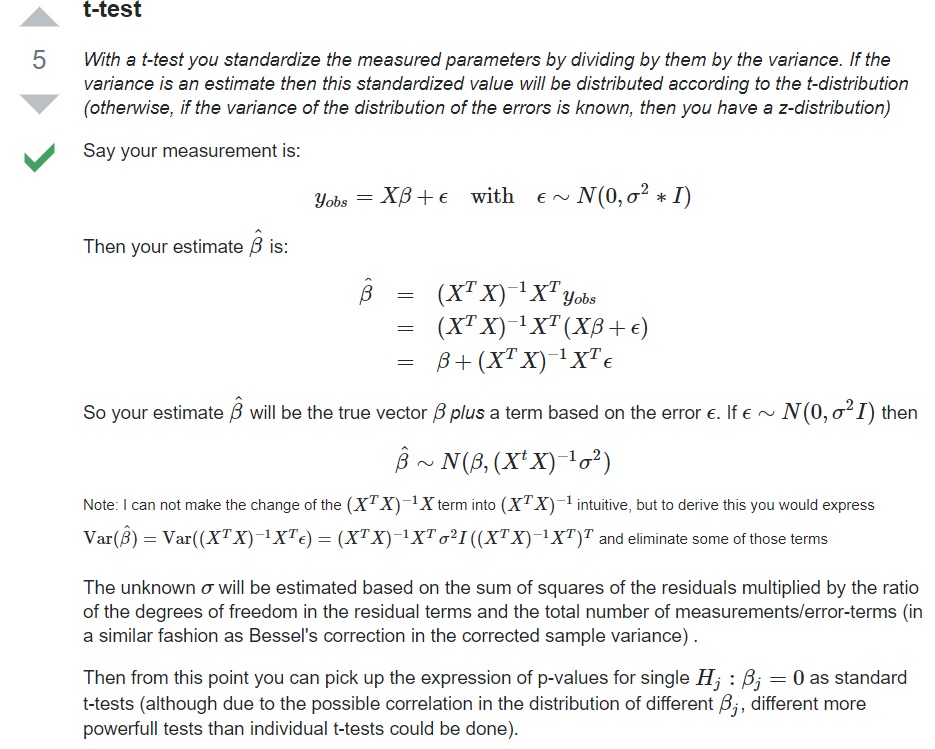 EDIT: Derivation of asymptotic normality of estimator of linear regression only makes use of the mean property:

I'm not a statistician, but I'll try to weigh-in.

Note: edited somewhat in response to comments by OP, to make this response more relevant for the linear regression case.

There have been three modern insights regarding methods for comparing means, each of which has already been described. But these insights are of such fundamental importance that it is worth summarizing them here.

• Resorting to the central limit theorem in order to justify the normality assumption can be highly unsatisfactory when working with means. Under general conditions, hundreds of observations might be needed to get reasonably accurate confidence intervals and good control over the probability of a Type I error. Or in the context of Tukey's three-decision rule, hundreds of observations might be needed to be reasonably certain which group has the largest mean. When using Student's T, rather than Welch's test, concerns arise regardless of how large the sample sizes might be.

• Practical concerns about heteroscedasticity (unequal variances) have been found to much more serious than once thought. All indications are that it is generally better to use a method that allows unequal variances.

• When comparing means, power can be very low relative to other methods that might be used. Both differences in skewness and outliers can result in relatively low power. Even if no outliers are found, differences in skewness might create practical problems. Certainly there are exceptions. But all indications are that it is prudent not to assume that these concerns can be ignored.

Despite the negative features just listed, there is one positive feature of Student's T is worth stressing. If the groups being compared do not differ in any manner, meaning that they have identical distributions, so in particular the groups have equal means, equal variances, and the same amount of skewness, Student's T appears to control the probability of a Type I error reasonably well under nonnormality. That is, when Student's T rejects, it is reasonable to conclude that the groups differ in some manner, but the nature of the difference, or the main reason Student's T rejected, is unclear. Also note that from the point of view of Tukey's three-decision rule, testing and rejecting the hypothesis of identical distributions is not very interesting.

"Large" is ambiguous, but often say something like N>30. I suspect this came from t-dist and normal dist, that t-dist(N>30) becomes close enough to normal dist. Maybe you will find about this in Statistics. At least I haven't heard of Econometrics, though.

2) Though I don't have a clear answer for this, I guess this is coming from robust estimators' distributions being less trivial with finite samples. In this case, bootstrapped p-value can be used instead. One resamples, estimate coefficient in order to get "empirical distribution of coefficient". Then p-value can be calculated.

Not the answer you're looking for? Browse other questions tagged regression p-value linear-model robust or ask your own question.

18
How to calculate p-value for multivariate linear regression