Number of Causal Assumptions in an Overview by Pearl

In the paper Causal Inference in Statistics: an Overview by Pearl, in page 11 (106 if you go by the Journal's indexing), a graphical model is presented in figure 2(a). The text reads (picture below):

The chain model of Fig. 2(a), for example, encodes seven causal assumptions, each corresponding to a missing arrow or a missing double-arrow between a pair of variables.

How did the author conclude there are seven missing arrows? 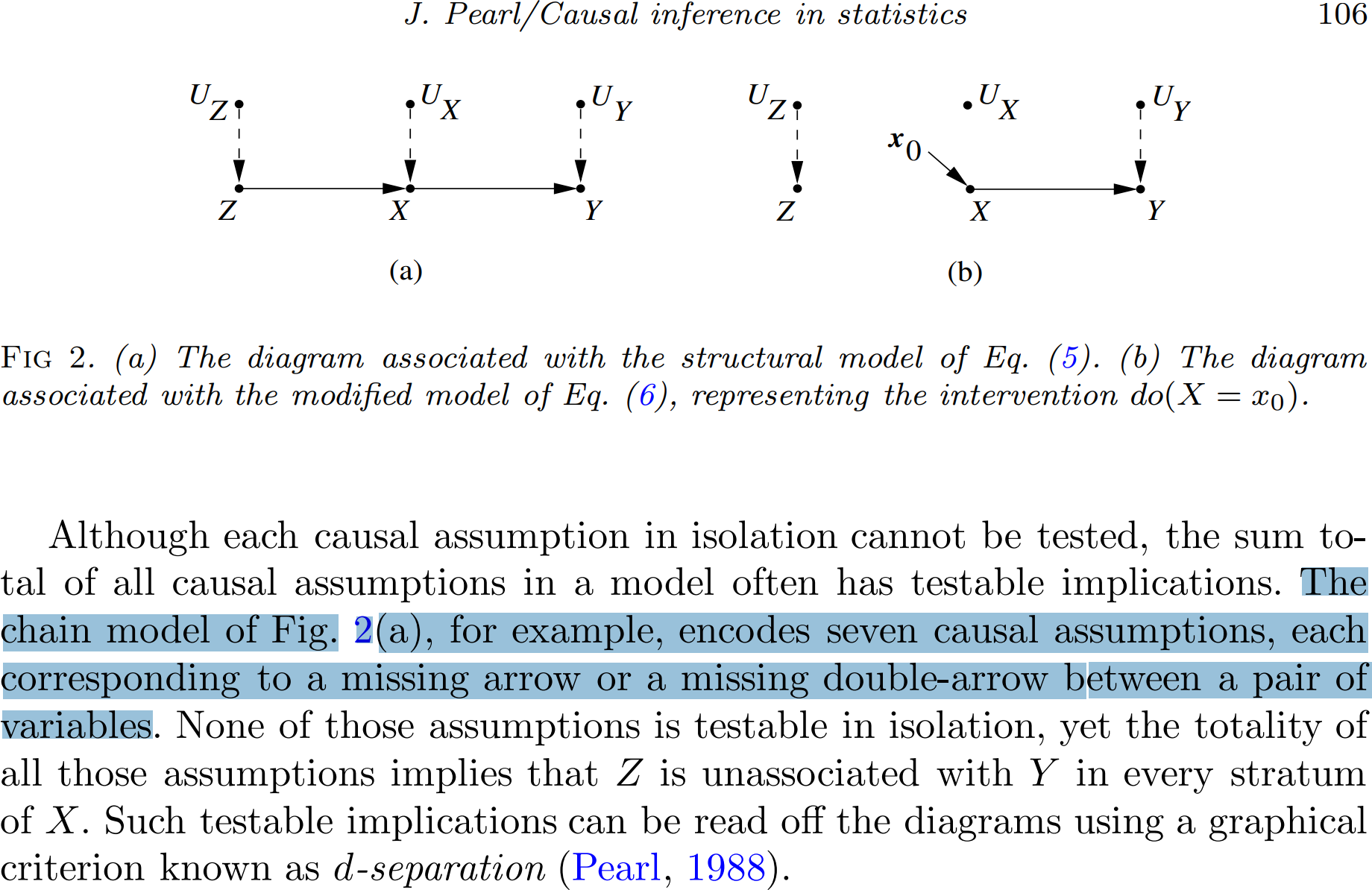 None of the below causal arrows appear in Fig. 2(a). I am assuming time flows from top left to bottom right (i.e. so that $Y \to X$ cannot be a causal assumption because causes must precede effects.).

EDIT: Based on correspondence with Judea Pearl. [Judea's quote is edited for the grammar/typos common in a brief email exchange.]

I had in mind the following

The missing arrows you listed e.g., $U_{X} \to Y$ are implied by the above, because $U_{Y}$ is defined as everything that affects $Y$ when $X$ is held constant.

An exchange of comments with @Alexis (and their correspondence with Pearl himself) cleared things up for me. I can summarize as follows:

This count gives us seven missing arrows total, as the text suggests.

Not the answer you're looking for? Browse other questions tagged causality graphical-model or ask your own question.

1
Whats on the causal path?
4
Names for some canonical directed causal graphs/illustrations of some canonical causal relationships?
0
Identification assumptions and causal relationships
6
Causal model assumptions - regression adjustment to experiments
0
How to evaluate a causal model?
9
Problems in Causality from Judea Pearl Book
0
Difference between Causal Intervention and Causal Mediation
5
Why does Judea Pearl call his causal graphs Markovian?