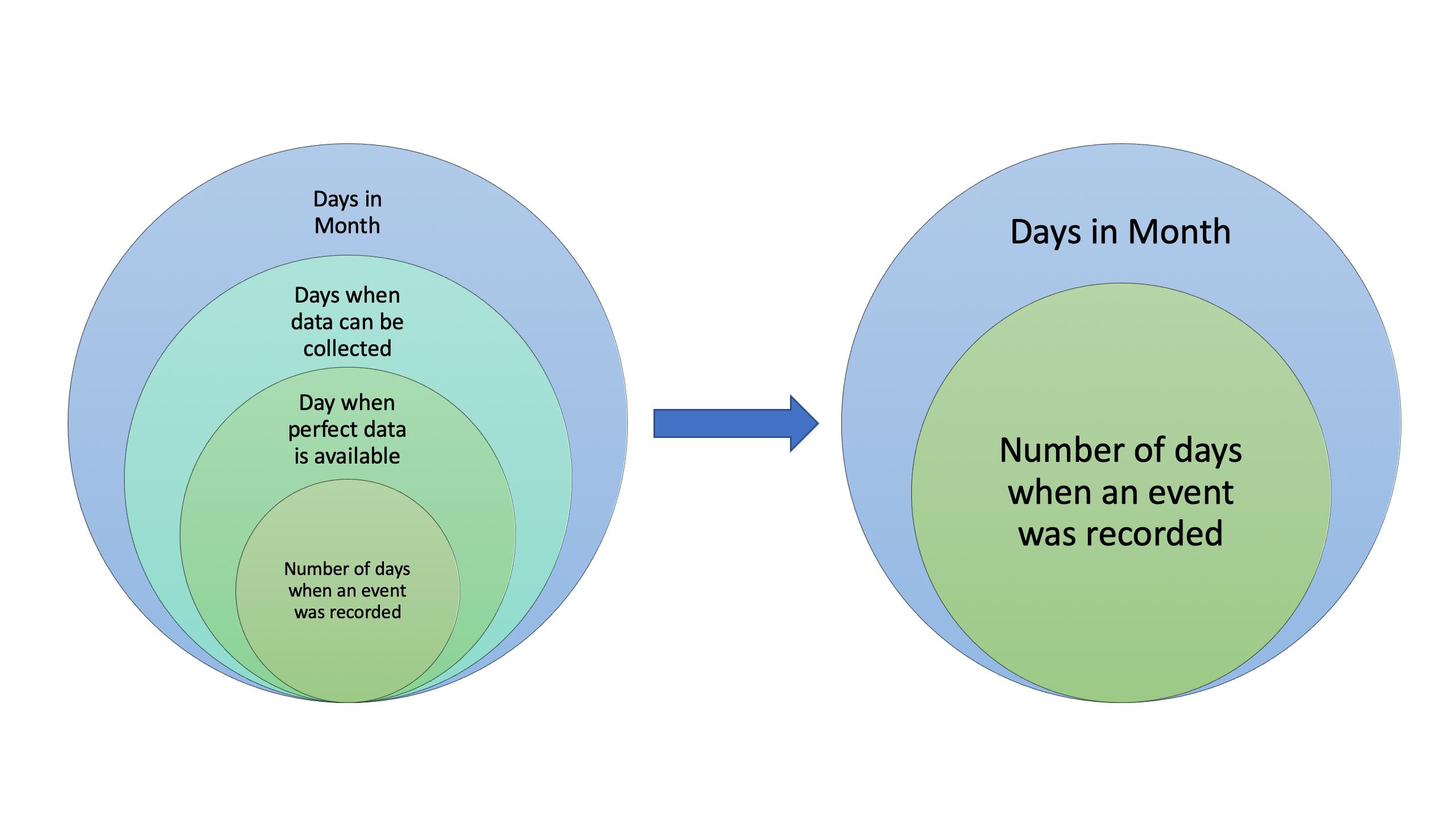 Would be thankful if you can point me in the right direction.

Variability due to the above is variability you probably want to "normalize" out. However, I think there is no need for normalization per se. What you want is Generalized Linear Mixed Effect Model (GLMM). The mixed model factors in correlation within the same day, if you include a random intercept for "Day" in the model.

I think you can probably ignore the month of collection and just factor in the Day. Give an # to all the different days and include that as a categorical factor variable with a random intercept.

Also, it is a GLMM instead of just an LMM because it sounds like you are looking at event counts. Counts are typically not normally distributed but follow the Poisson distribution. So you want a Poisson GLMM probably. If you have excessive "0" counts, then maybe Zero-Inflated Poisson GLMM. Sometimes, data can also be overdispersed than the Poisson can handle so people go to Negative Binomial GLMM or Zero-Inflated Negative Binomial GLMM respectively.

If you use R, look into glmer() for Poisson and glmer.nb() for negative binomial. These are part of the lme4 package in R which can do GLMMs.

2
Charting errors based on number of items per month
4
Descriptive statistics for dates
6
Comparing two datasets with same variable
3
Measure of central tendency for periodic variable (hour of day)
0
Calculating unbiased survival rate of Titanic passengers
1
How to summarize items and still calculate percentiles?
0
what statistical test to choose