Which transformation needed to make variance independent of population parameter?

Thanks for your time. Thanks in advance .

Here we are concerned with the large-sample behaviour of $S^2$, so it does not matter if we take $n$ as the divisor above instead of $n-1$.

This is the application of variance stabilizing transformation on the sample variance from a normal population. The other transformations that you mention for the Poisson mean and Binomial proportion are derived similarly.

Result $(1)$ and many more can be found in A Course in Large Sample Theory by Thomas Ferguson. The relevant part is on page 46 of the first edition (1996): 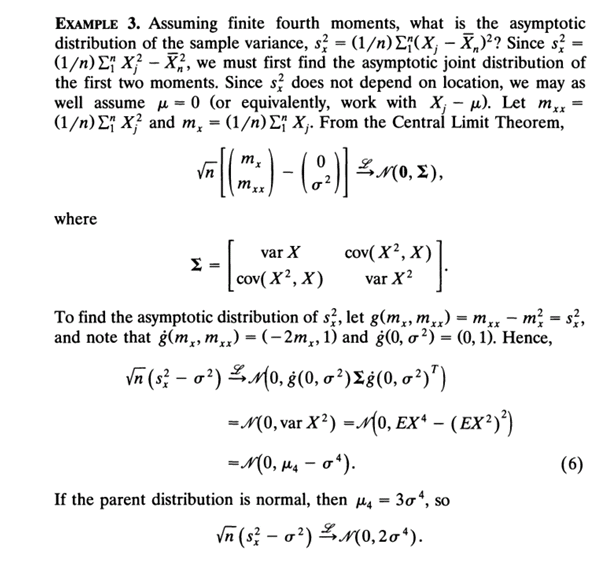 The main result used in this section is Cramer's Theorem on the asymptotic normality of functions of sample moments, studied through a Taylor-series expansion to one term.

Not the answer you're looking for? Browse other questions tagged normal-distribution variance asymptotics central-limit-theorem or ask your own question.