But I have been struggling with Figure 1 in this paper and somehow it does not seem to fit in my head! 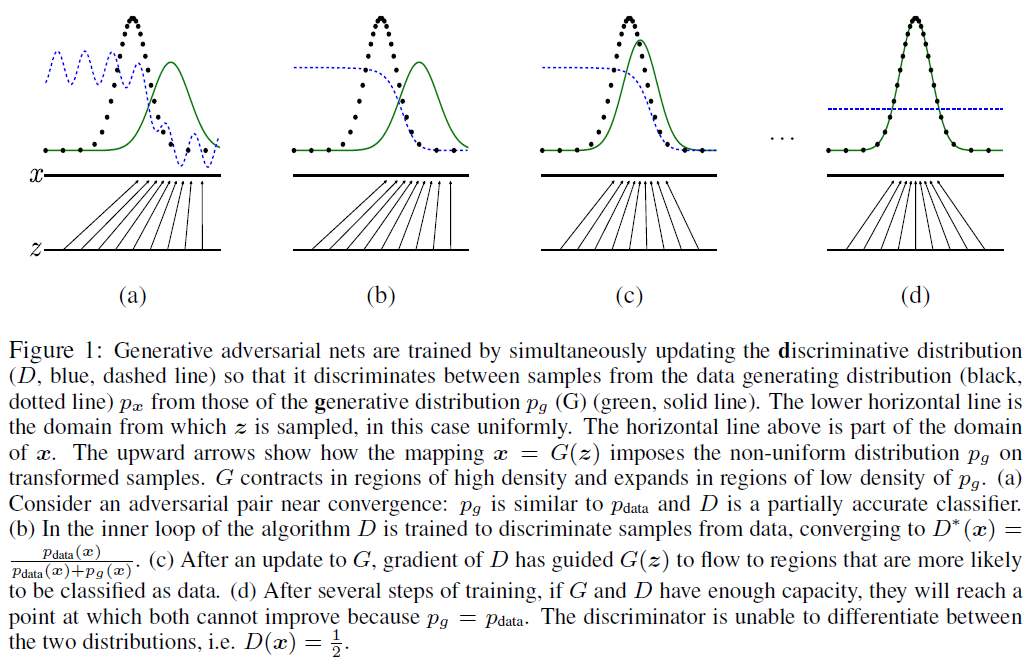 This is what I currently understand:

But I don't really understand the blue line! Why is it sinus-like-form in (a) and why is it a straight line in (d)?

Let me try to clear things up a bit if I can. First of all, GANs are not made specifically for generating images, but all kinds of data. In fact the first paper, which you get your figure from, isn't referring to images.

In the figure you gave 3 curves:

Now on to what each figure tells us:

Not the answer you're looking for? Browse other questions tagged machine-learning neural-networks generative-models gan or ask your own question.