Consider the following example section of a time series, which shows a continuous signal in voltage, and a discrimination threshold. Each time the signal upwardly crosses the threshold counts as an event. In keeping the threshold constant and dividing the full time series into equal-length time intervals of interest, I know the event counts over these intervals to be Poisson distributed. If I change the discrimination, this remains true, but with the mean of the distribution differing. 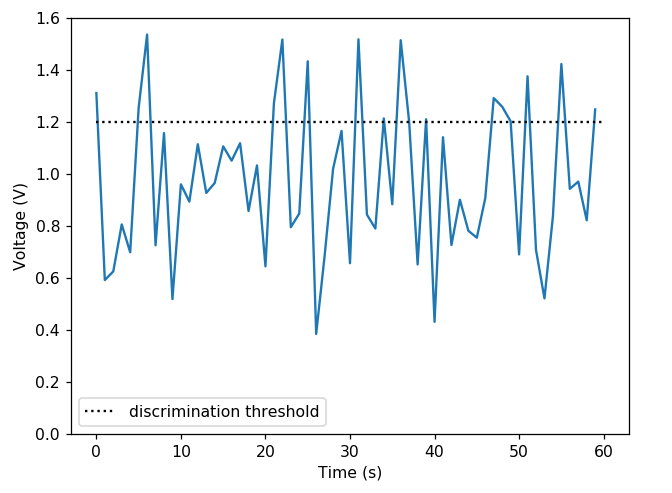 Now, my goal is to relate the average number of events recorded over a given interval length to the discrimination threshold at which the data were gathered. Obviously, what I could do in principle is approximately reconstruct the distributions associated with each threshold by recording over many intervals of the same length and estimate their means and standard errors. The trouble is that I am limited to knowing the event counts over single intervals per discrimination threshold only.

My question is thus: how can I assign an uncertainty to the event counts I get per threshold, taking that count to be an estimate of the mean? My data have yielded the following, to which I'd like to add error bars: 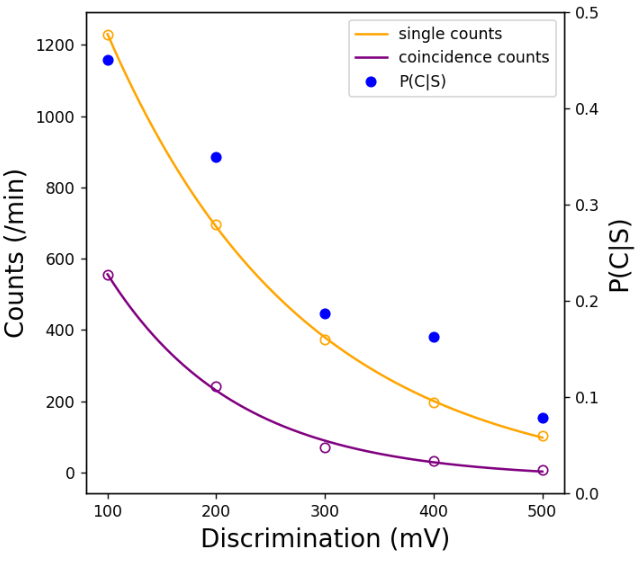 In principle, I think that if I had enough data (which I don't), I could divide up the data per threshold into many smaller runs, use this information to approximately reconstruct the Poisson distributions of counts over these smaller intervals, and extract from these the rate parameters (mean counts per interval length). I could then multiply this by the actual time interval to get an estimate of the mean over the original interval I collected over, and the standard error.

I don't know that this makes sense, and given that my runs aren't large enough in some cases to permit this, I am in search of a different way of estimating the errors on my counts...

Browse other questions tagged time-series poisson-distribution standard-error count-data or ask your own question.