What is the difference between logistic regression and neural networks?

How do we explain the difference between logistic regression and neural network to an audience that have no background in statistics?

I assume you're thinking of what used to be, and perhaps still are referred to as 'multilayer perceptrons' in your question about neural networks. If so then I'd explain the whole thing in terms of flexibility about the form of the decision boundary as a function of explanatory variables. In particular, for this audience, I wouldn't mention link functions / log odds etc. Just keep with the idea that the probability of an event is being predicted on the basis of some observations.

The advantages of this approach is that you don't have to really get into any mathematical detail to give the correct idea. In fact they don't have to understand either logistic regression or neural networks already to understand the similarities and differences.

The disadvantage of the approach is that you have to make a lot of pictures, and strongly resist the temptation to drop down into the algebra to explain things.

For a simpler summary:

Logistic regression: The simplest form of Neural Network, that results in decision boundaries that are a straight line 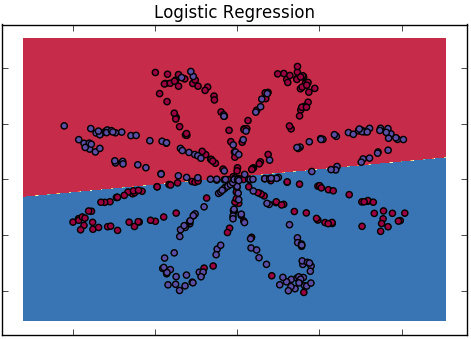 Neural Networks: A superset that includes Logistic regression and also other classifiers that can generate more complex decision boundaries. 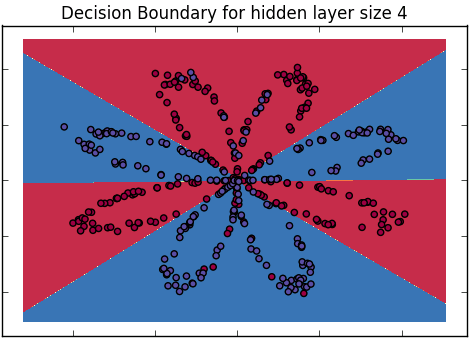 (note: I'm referring to "plain" logistic regression, without the assistance of integral kernels)

(reference: deeplearning.ai courses by Andrew Ng, "Logistic regression as a neural network" and "Planar data classification with one hidden layer")

So: Logistic regression is a tool for modeling a categorical variable in terms of other variables. It gives you ways to find out how changes in each of the "other" variables affects the odds of different outcomes in the first variable. The output is fairly easy to interpret.

Neural networks are a set of methods to let a computer try to learn from examples in ways that vaguely resemble how humans learn about things. It may result in models that are good predictors, but they are usually much more opaque than those from logistic regression.

I was taught that you can think of neural networks (with logistic activation functions) as as a weighted average of logit functions, with the weights themselves estimated. By choosing a large number of logits, you can fit any functional form. There's some graphical intuition in the Econometric Sense blog post. 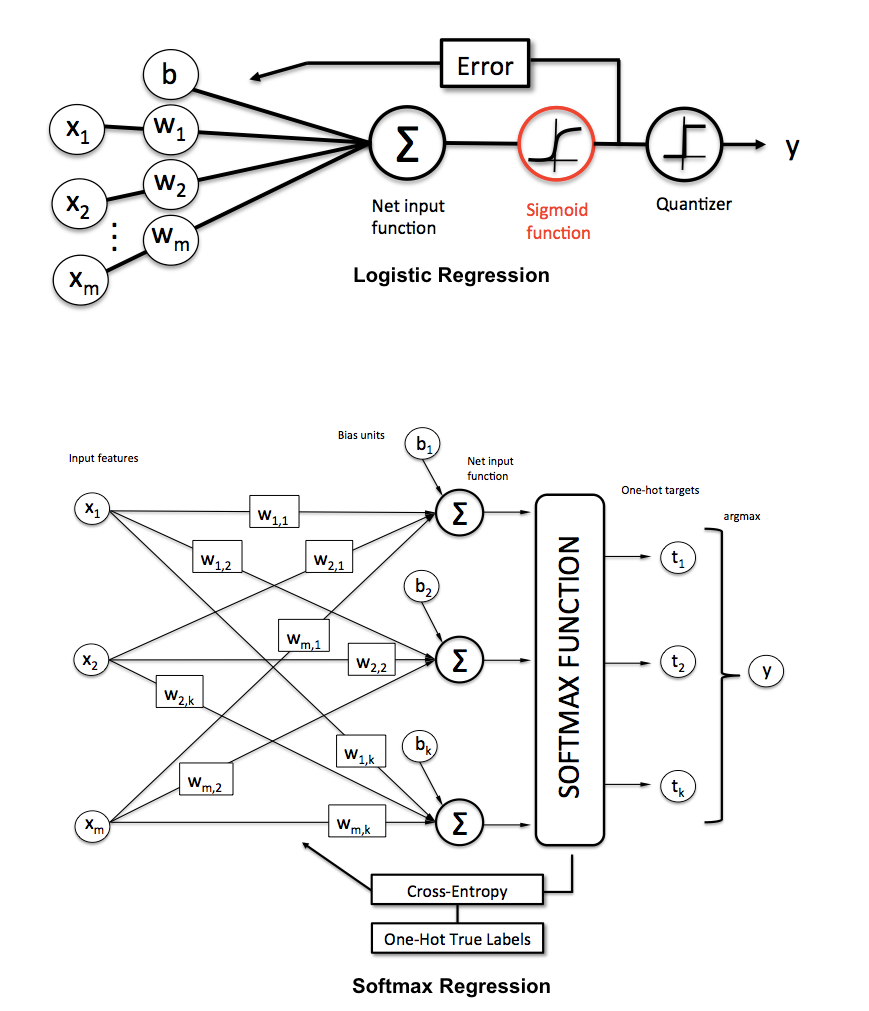 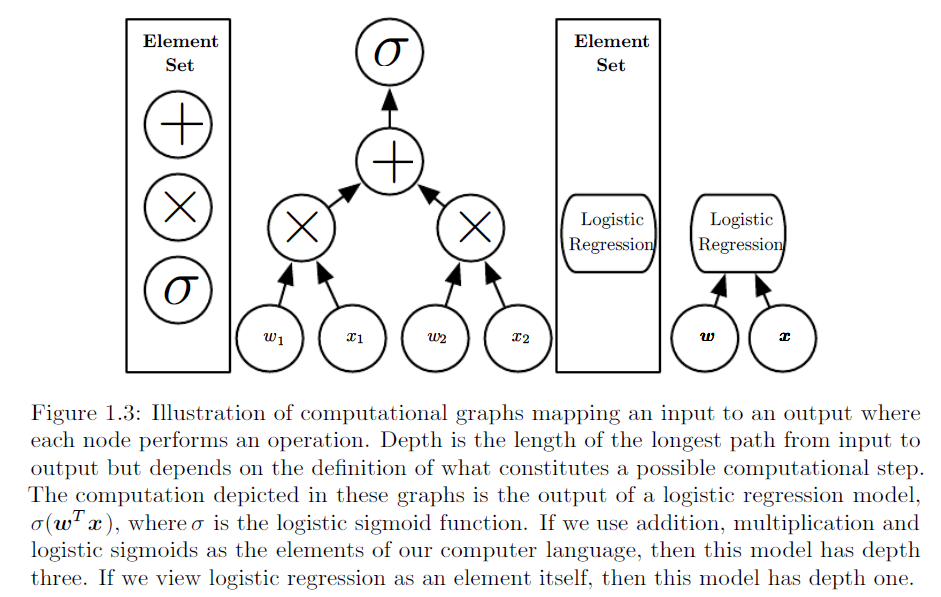 And one more from TensorFlow tutorials:

E.g. in Caffe, you would implement logistic regression as follows: 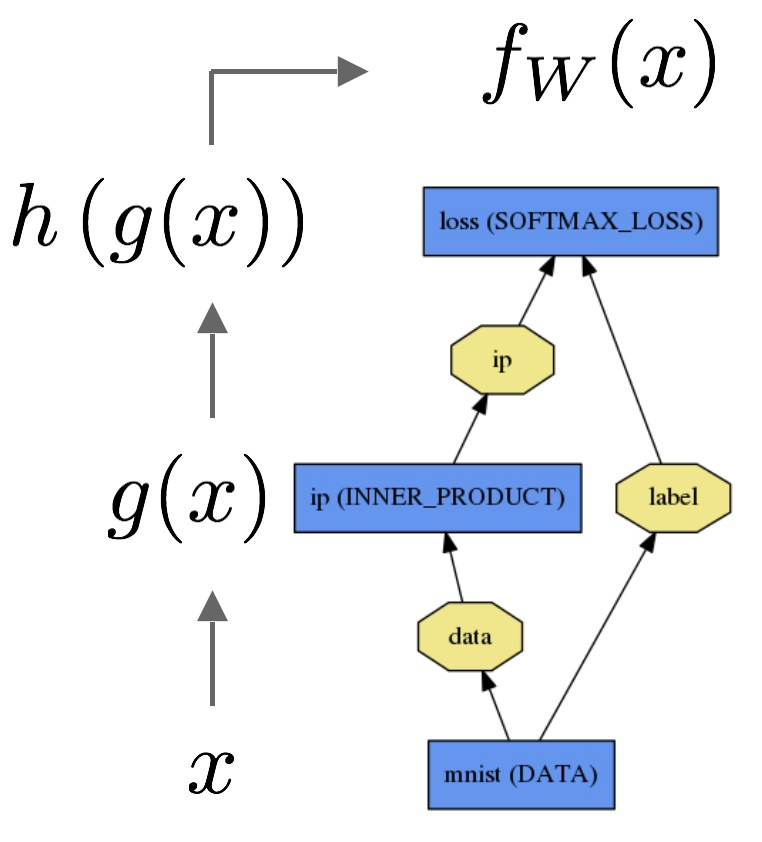 I would use an example of a complicated but concrete problem the audience understands. Use hidden nodes whose interpretations are not trained, but have particular meanings.

If you use chess positions (predicting whether white will win), you could let the inputs be a representation of the board (ignore whether you can castle or capture en passant, or even whose move it is), say $64 \times 12$ binary inputs indicating whether there is a piece of each type on each square.

Linear regression determines how good it is to have a white knight on h4. It might not be obvious that it is good at all, but if it is on h4 it hasn't been captured, which probably outweighs other considerations. Linear regression probably recovers the rough values of the pieces, and that it is better to have your pieces toward the center of the board, and on your opponent's side of the board. Linear regression is unable to value combinations, such as that your queen on b2 is suddenly more valuable if the opposing king is on a1.

A neural network could have hidden nodes for concepts, such as "material advantage," "black king safety," "control of the center," "both rooks on the d-file," "isolated queen rook pawn," or "bishop mobility." Some of these can be estimated just from the board inputs, while others might have to be in a second or later hidden layer. The neural network can use these as inputs to the final evaluation of the position. These concepts help an expert to assess a position, so a neural network should be capable of more accurate assessments than a linear regression. However, it takes more work to create the neural network since you have to choose its structure and it has many more parameters to train.

Not the answer you're looking for? Browse other questions tagged logistic neural-networks intuition or ask your own question.