Is mode a measure of central tendency?

Below is a histogram of these 10,000 observations along with a plot of the population density curve [solid black] and the a kernel density estimate (KDE) [dotted red]. 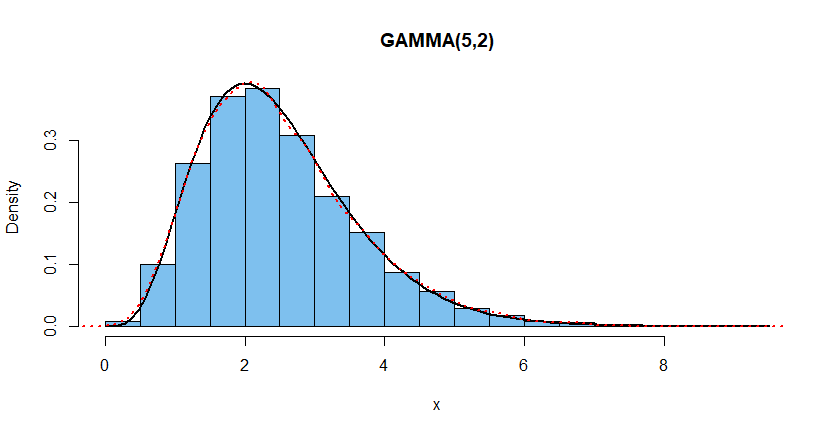 The highest histogram bar is centered at about 2.25, and there are formulas for trying to refining this to get a slightly better estimate of the population mode (one of them here). (A slightly different choice of histogram bins might improve this estimate.)

The density estimator is made up of about 512 x-points and 512 y-points. The maximum of the KDE, which can be taken as the sample mode 2.082, can be found using $-notation in R as shown below. (I have used the default version of the KDE in R.)

Not the answer you're looking for? Browse other questions tagged central-tendency or ask your own question.