How to interpret the coefficients table from glm?

Recently I’m studying modelling and prediction with R, here is a full module after data cleaning. I’m wondering the Z distribution and P(|Z|) in my coefficients table. 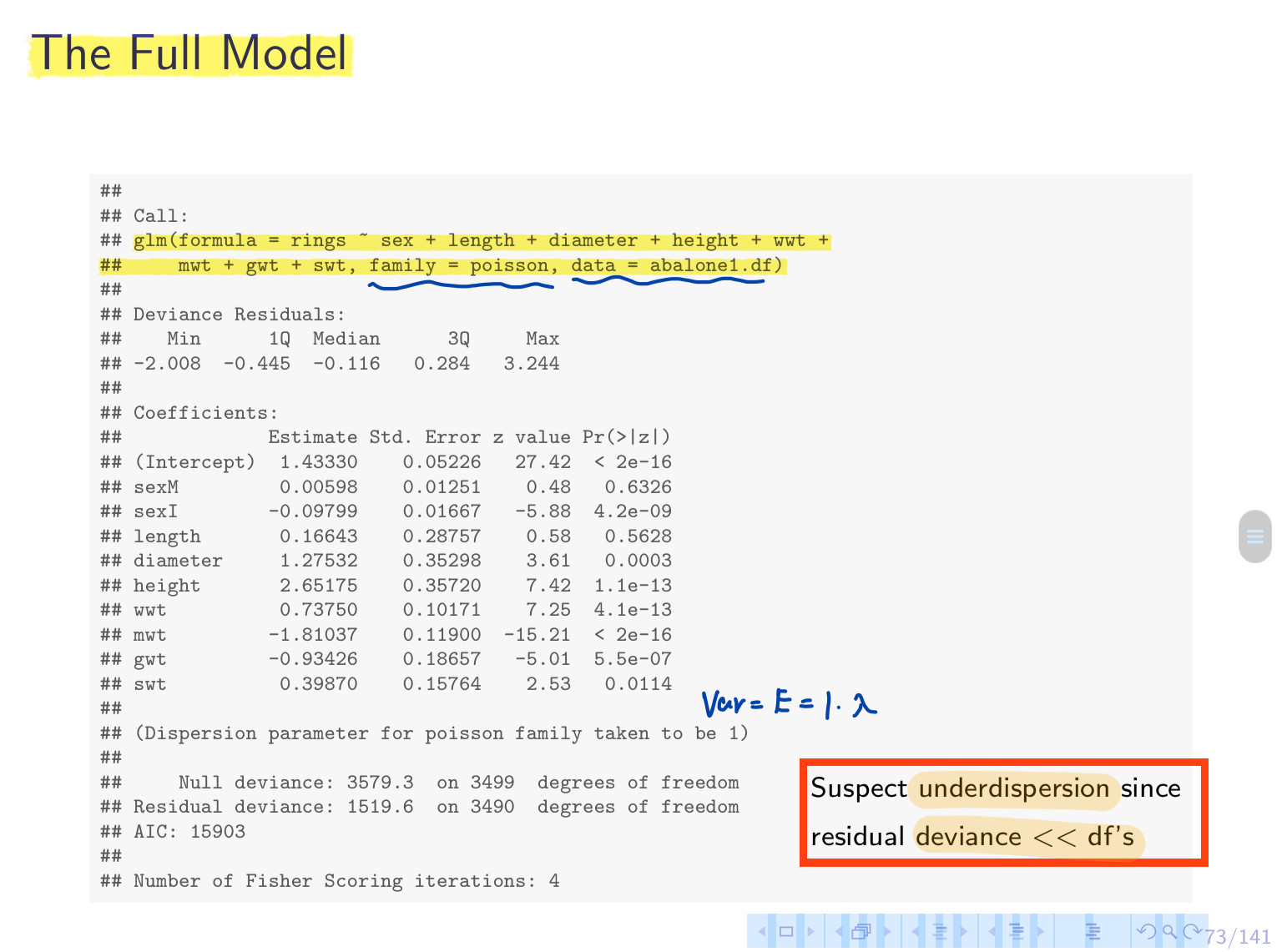 I suppose each parameter has t distribution because we are using Sample Variance instead of Variance!

In brief, then, the t distribution doesn't really enter the picture.

The Chi-squared distribution can be used to test differences between models as a whole, for example to compare the 'null' model and its deviance to your fitted model with its residual deviance. here are some more details about that test and its rationale.

The F distribution is simply the distribution of the ratio of two (independent) Chi-squared random variables but it doesn't necessarily have an obvious application in evaluating your model.

It's just as important to look at your data and try to check or test the model assumptions - a standard move for Poisson GLM is to also fit a negative binomial and compare the fits. Consider too whether any of your predictors have interactions or are highly correlated.

Not the answer you're looking for? Browse other questions tagged r generalized-linear-model interpretation or ask your own question.

6
Predicting with GAM, using an offset
1
chi-squared test of two row table while calculate cells in row 2 from total n of row 1- is this valid to do?
0
Understanding the GLM coefficients calculation
0
How to interpret model coefficients from the summary of glm?
3
GLM Poisson Regression with Overdispersion
2
Correct GLM or NLS to model exponential model with response variable with positive and negative values