I have question regarding the expected error of 1NN. Assume the training set is large enough or infinite. let x' is a test point and r be its nearest point. the probability distribution of two classes( 1 and 0) will be essentially the same. Two classes are overlapping totally. The Bayes error rate in this case will be 0.50% (I think). I want to know what is the expected error of 1NN for x' point, is it 1 or 0.50 ?! if Not what is the value.

I attached figure for the problem. 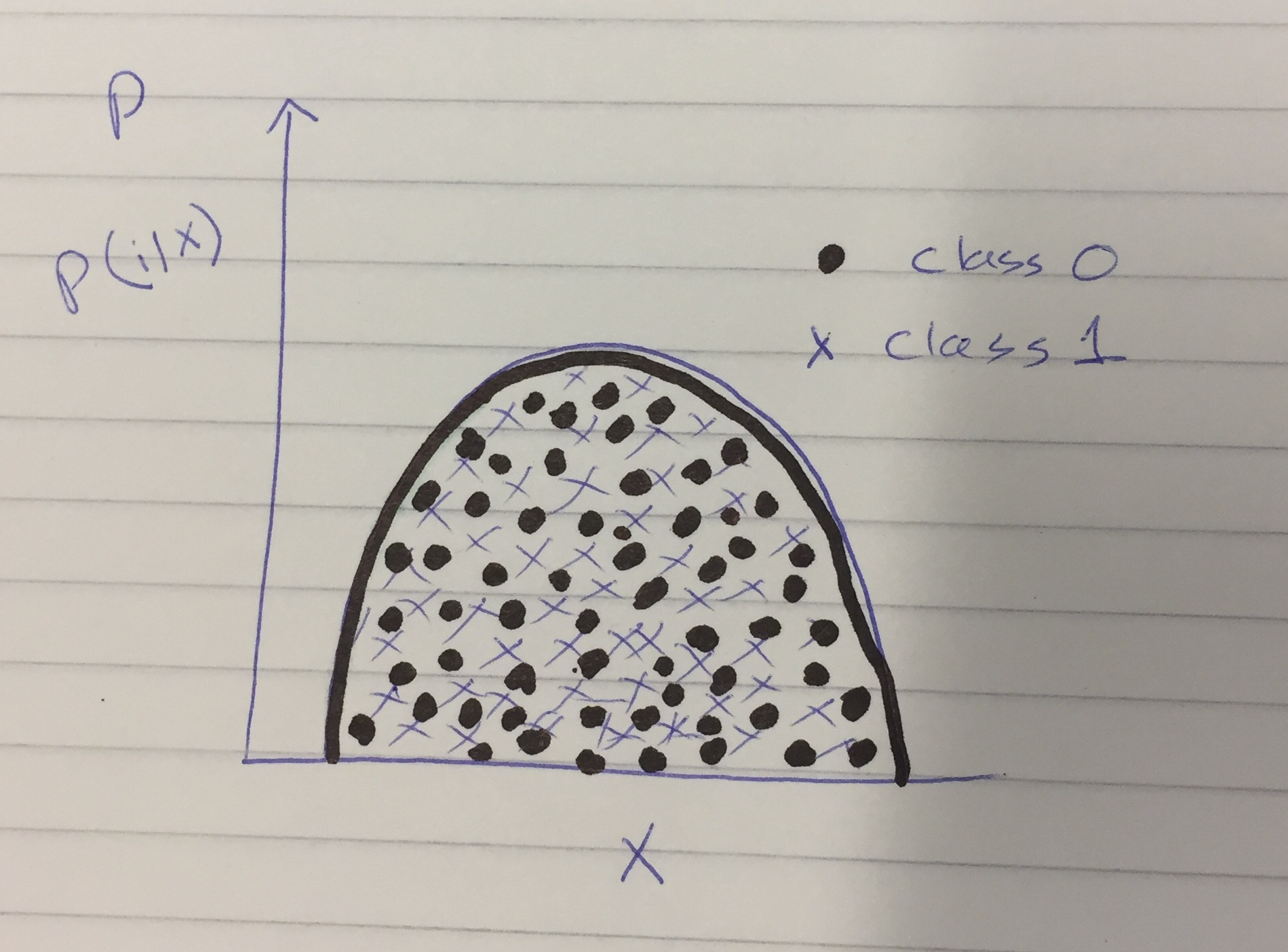 In fact, if the Bayes error rate is 50%, then the asymptotic error rate of any classifier is 50%.

Further explanation about error rates here, since it might help to be a little bit formal.

The Bayes error rate refers to a test error rate. That is:

(Even if they didn't have densities, this would still be true; we just have to define what 1-NN does when there are ties.)

Not the answer you're looking for? Browse other questions tagged machine-learning probability classification mathematical-statistics k-nearest-neighbour or ask your own question.

4
What does '1-NN is statistically inconsistent' mean?

7
Using the eigenvalues from PCA in k-nearest-neighbours
5
How can increasing the dimension increase the variance without increasing the bias in kNN?
2
Feature selection by univariate correlation with class labels
1
SVM Exercise of ISLR
2
Why am I beating Bayes error rate in this simulation?
0
KNN value of K based on labels
0
Bayes risk for Bayesian classifier with multivariate Gaussian
3
In the context of KNN, why small K generates complex models?