I am reviewing the fundamentals of time series modelling and came across the following question regarding the concept of stationarity:

A time series is strictly stationary if its unconditional distribution (all moments) is invariant in time.

Consider the following stationary time series $\{{X_t}\}_{t\in{Z}}$ and let us focus on the first two moments of the distribution, namely: 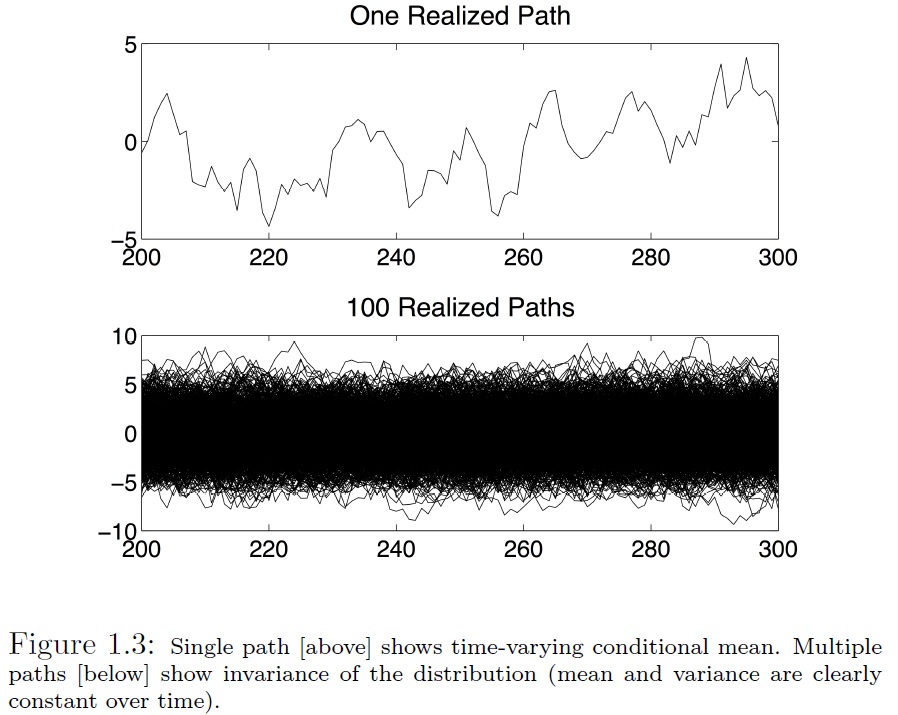 Given that a time series is strictly stationary, what can we say about the conditional distribution?

How is it possible to determine that a time series is stationary based on a single realization path?

I believe the conceptual issue I am facing relates to conditioning. Moreover, I think that the question may be answered by:

Not the answer you're looking for? Browse other questions tagged time-series self-study stationarity or ask your own question.