Why density plot tails are beyond maximum and minimum values?

Refer the image below. 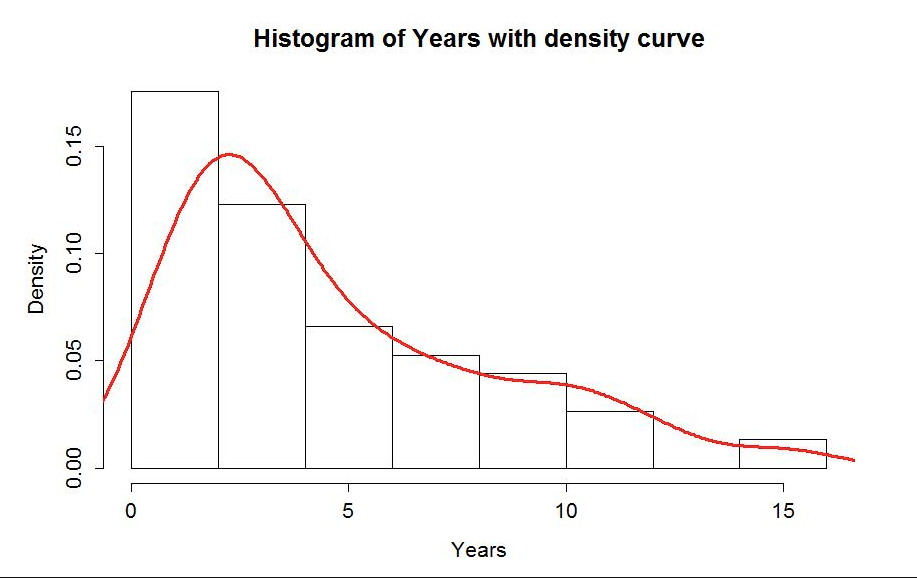 density method in R uses gaussian as its kernel by default. The algorithm is kernel density estimate, i.e. KDE, as also noted in the comments. It works as if we place a Gaussian density over each data point and sum all to obtain a smooth density curve. The density can extend over data boundaries because the kernel used is positive over the entire real axis. If you change the kernel to rectangular or triangular the density estimate will reach zero at some distant points but again it won't respect the data minimum and maximum. KDE is a powerful non-parametric density estimation method which means you don't assume a form, so it can't have a range. The aim is to approximate the underlying distribution; so, outside the data range the estimate will have comparably small density values which means lack of data around these points might suggest that the probability of having the next samples around here is low, but not impossible.

41
Good methods for density plots of non-negative variables in R?

15
Area under the "pdf" in kernel density estimation in R
6
Odd problem with a histogram in R with a relative frequency axis
4
R Kernel Density Plots - Weird Proportions
2
Area under a truncated distribution = 1
16
How to interpret height of density plot
1
Visual fitting of tails of density plots on log scale (R)
3
Finding the maximum and minimum variance of the sum of two Bernoulli events?
0
Introduction to probability theory: word expression for A - BC