I'll use R in proposing a solution. Let's simulate some data:

I see two possibilities. The first one would be to plot the boxplot and add sunflowerplots of the outliers: 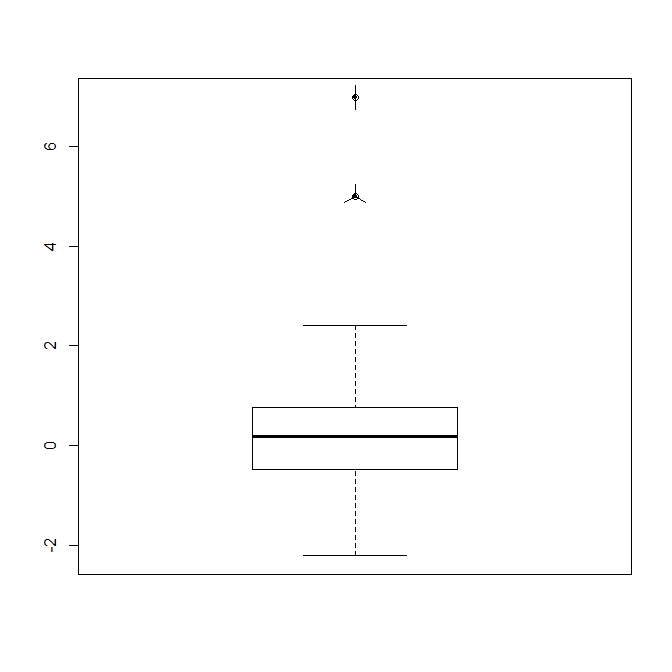 The second possibility is to plot the boxplot (which creates a single point for each outlier) and add additional points for additional outliers - which are jittered horizontally (edited as per @chl's excellent suggestion): 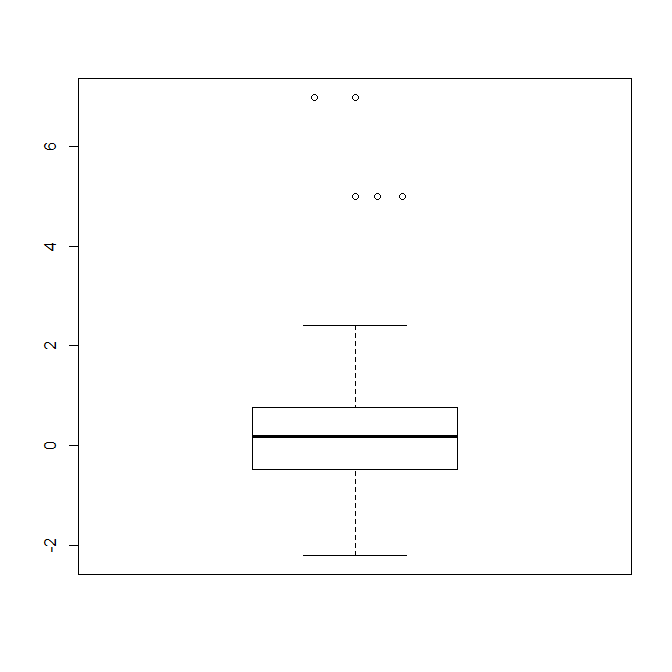 Note that the first solution requires that your data are integers (otherwise you will run afoul of floating-point arithmetic, see question 7.31 in the R FAQ - in this case you will need to do some additional work to ensure R knows which floating point numbers should be treated as "equal").

Late to the party, but "Don't do that then!" is sometimes a fair answer.

On #3 careful reading shows that Tukey tried various rules of thumb over several years of experiment. The rule now most often used -- plot as individual data points values that fall more than 1.5 IQR away from the nearer quartile -- was never more than one possible compromise. It's documented that he replied laconically to "Why 1.5?" with "1 is too small and 2 is too large". (I tend to prefer a rule such as: extend the whiskers to the $p$% and $(100 - p)$% quantiles.)

On #3 it is especially unfortunate that Tukey's exploratory purpose of identifying points to think about has in some quarters been perverted into an exclusion criterion for identifying bad data points that should be dropped from the dataset, or at least omitted from analyses.

It's worth underlining that Tukey's main context was quick and easy data plotting by hand with a minimum of work. Now it's naturally easy to plot if not all the data, then very many more than a box plot often shows -- and it's possible to do so without overwhelming the reader with detail. There is more than one way to do that, but here is a quantile plot of an example resembling that of @Stephan Kolassa, 100 points from a standard normal, 2 instances of 5 and 3 of 7. The box shown alongside is reduced to doing what it does best, showing by way of summary where the central half lies. The whiskers don't have much of a role, but I show them any way. Seeing repeated data points is not too hard. (I don't much favour sunflower plots, if only for the chicken-and-egg reason that as they aren't widely used, you have to explain them every time you use them.) 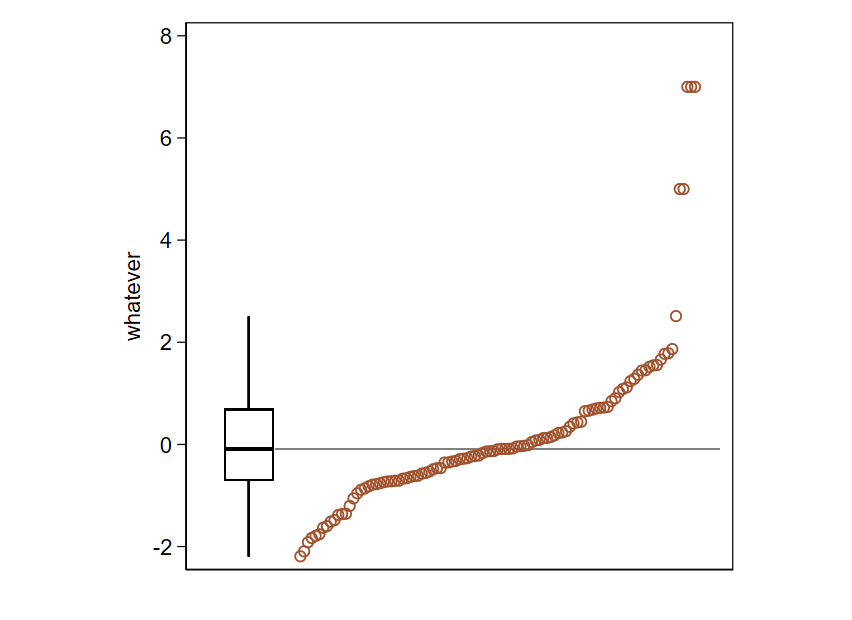 It's also entirely possible to superimpose the box and the quantile plot, as Emanuel Parzen suggested.

35
Is there a boxplot variant for Poisson distributed data?
5
Re-check boxplot after outlier removal
4
Boxplot interpretation: is it correct that a boxplot is missing a whisker?
1
Boxplot using absolute frequencies
1
Boxplot only display points
1
boxplot in R shows wrong outliers
2
Alternative to boxplot when there are many outliers