How to replace categorical variables in the testset with their WOE calculated using a training set?

I have calculated the Weight of evidence of two high cardinality variables(Postal_Code_L and Managing_Sales_Office_Nbr) using the instances in a training set in Python.

The problem is that now I want to replace the values of these high cardinality variables in instances of the test set with their WOE. How can I do this? 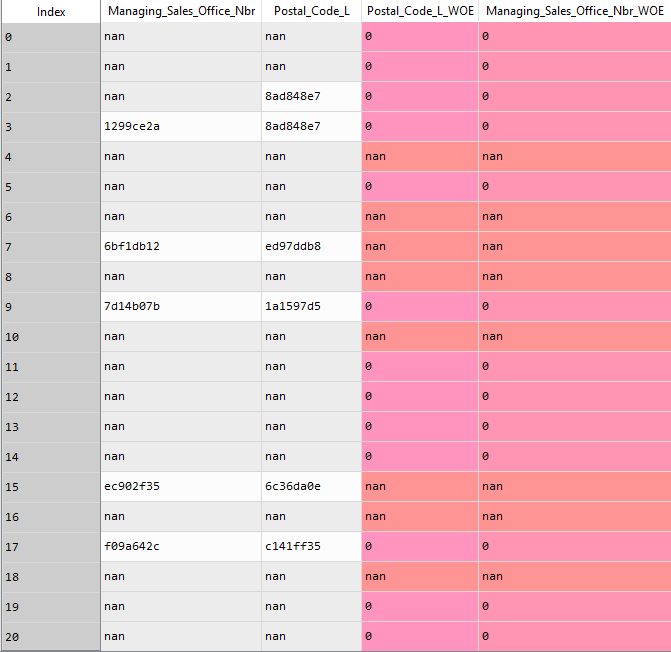 I already asked this question on Stack Overflow but I didn't get an answer.

Browse other questions tagged python credit-scoring or ask your own question.

76
Principled way of collapsing categorical variables with many levels?

8
Logistic-Regression: Prior correction at test time
6
Best modeling technique for predicting waiting times?
1
How are p-values computed from t-values when doing regressions?
1
Random Forest Variable Importance in R and Python