From the BERT paper:

Unfortunately, standard conditional language models can only be trained left-to-right or right-to-left, since bidirectional conditioning would allow each word to indirectly “see itself”, and the model could trivially predict the target word in a multi-layered context.

I do not understand this. To my understanding training a standard conditional language model means to collect n-grams and to compute ratios e.g. $p(w_c | w_a, w_b) = \frac{c(w_a,w_b,w_c)}{c(w_a, w_b, *)}$ The probability of $w_c$ after observing $w_a, w_b$ is the number of times the sequence $w_a, w_b, w_c$ is observed by the number of times a sequence $w_a, w_b$ with an arbitrary third element is observed.

So I must be misunderstanding something here. What is it? What else would left-to-rigth training of a standard conditional language model be?

This question has been asked in other places with either no answer:
https://ai.stackexchange.com/questions/11755/how-does-bidirectional-encoding-allow-the-predicted-word-to-indirectly-see-itse

or answered but not to my satisfaction: https://datascience.stackexchange.com/questions/57000/bi-directionality-in-bert-model

I'm asking here again because its about machine learning and I consciously left everything out about bert or higher methods.

This is illustrated in the example below, in which the word "runs" is already seen by the backward RNN (dashed green arrow) before the LM tries to predict it (black arrow). 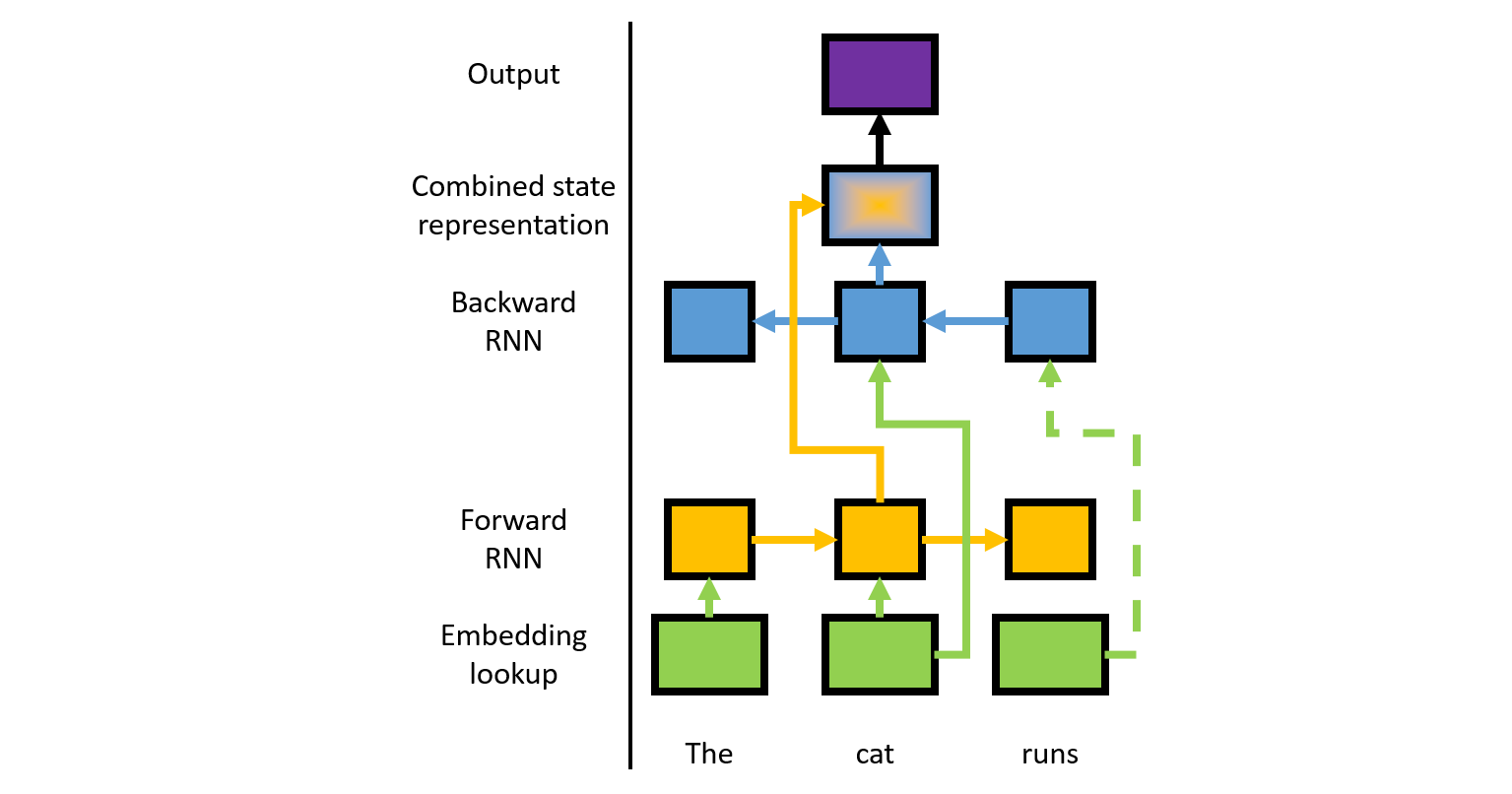 To remedy this, BERT includes MASK tokens, which mask certain words in the input sequence from being seen by the LM. If the word "runs" were masked, then there would be no way for the LM to know what it is, even if words that came after it (e.g., "quickly", not shown in this example) are present. This is because the only thing that would be revealed is the presence of a MASK token, not the actual word.

In addition, a major difference between BERT and the LM shown here is that BERT is a Transformer-based architecture, but conceptually, the concept of a word "seeing itself" is the same. Note that these MASK tokens could be applied in this LM as well, but the Transformer model just has so much more going on, which is why it performs so well compared to RNNs.

Not the answer you're looking for? Browse other questions tagged language-models or ask your own question.

1
Where can I find pre-trained language models in English and German?