I've run a glm (gaussian family) with a*b as independent variables. At first, I run two separate models (like glm(y~a) and glm(y~b)), in which the a was not significant and the b it was. Then, I combined them together in glm(y~a*b). Combining them, I have both the independent variables significant, even if a less significant than b. How is it possible? Can have anything to do with the intercept? Shall I try to remove the intercept from the interaction model? 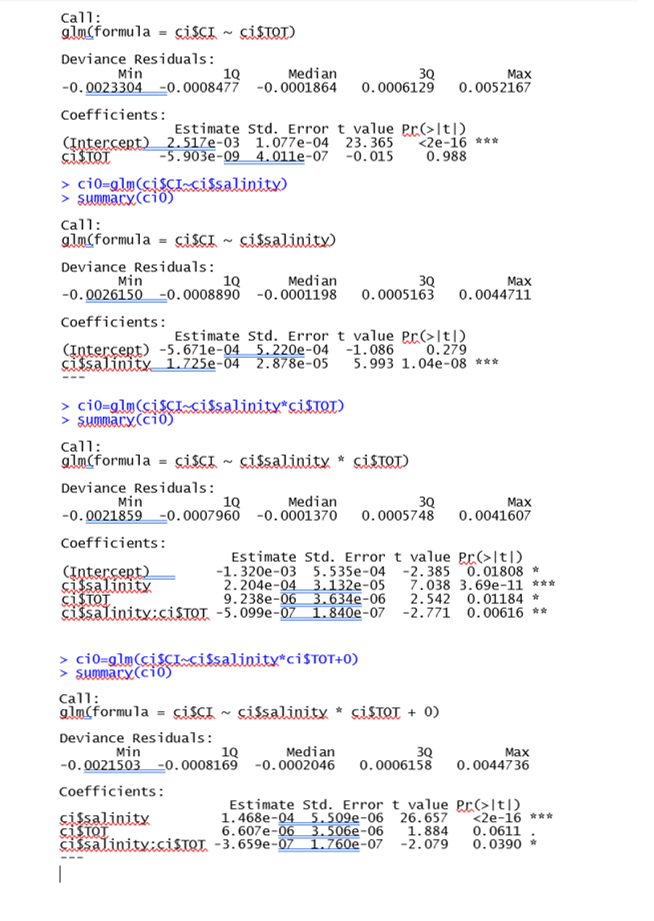 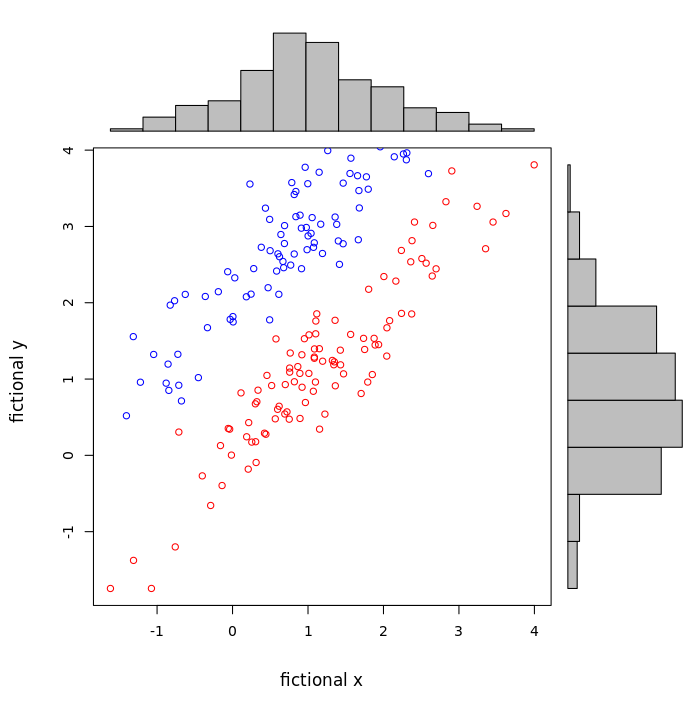 I make up a rather trite fictional $x$ and $y$. There is also a factor variable in play (I hope red and blue circles are OK). If you look at the margins of this plot, it might be difficult to distinguish the two groups of $x$ or of $y$. Maybe $y$ just looks (to an hypothesis test) like a univariate sample, however, when you consider both $x$ and the factor variable (coloured dots) together in a model, it's very clear that you have two intercepts (as it happens I gave them both the same slope).

If you have an interaction, you also have one slope slightly steeper than the other. But because of confounding you don't get that reported in your single variable regressions.

Not the answer you're looking for? Browse other questions tagged generalized-linear-model interaction interpretation intercept or ask your own question.

3
Can interaction be statistically significant while only one of two main effect are significant?
4
Negative binomial GLM with 2 factor variables: adding interaction completely changes effect of factor levels
2
GLM Categorical IV Predictor vs Group by Analysis