How do the $r^{2}$, amount of variance explained and concordance correlation coefficient relate?

In my field (environmental science) there is a lot of confusion between the three. I often see people assessing the prediction accuracy of their model by the $r^{2}$. This does not make a lot of sense if the model is not a linear regression (e.g. a ML model) and I always suggest to use the AVE instead. Imagine a scatterplot between the predicted and measured values, the AVE shows the amount of variance explained by the model with respect to the 1:1 line, not to any regression line as it is for the $r^{2}$.

But then people might say that there is redundancy between the AVE and $\rho_{c}$, because both show the agreement of predicted versus observed with respect to the 1:1 line. From the equation above it appears that the $\rho_{c}$ is simply a Pearson's $r$ times a bias correction factor.

Under three different degrees of correlation, for weak ($r=0.22$), moderate ($r=0.75$) and strong ($r=0.98$) correlation between the predicted and observed values, and increasing shift with respect to the 1:1 line, I obtain the following figure. The low values of AVE and $\rho_{c}$ are of course related to large shift from the 1:1 line. 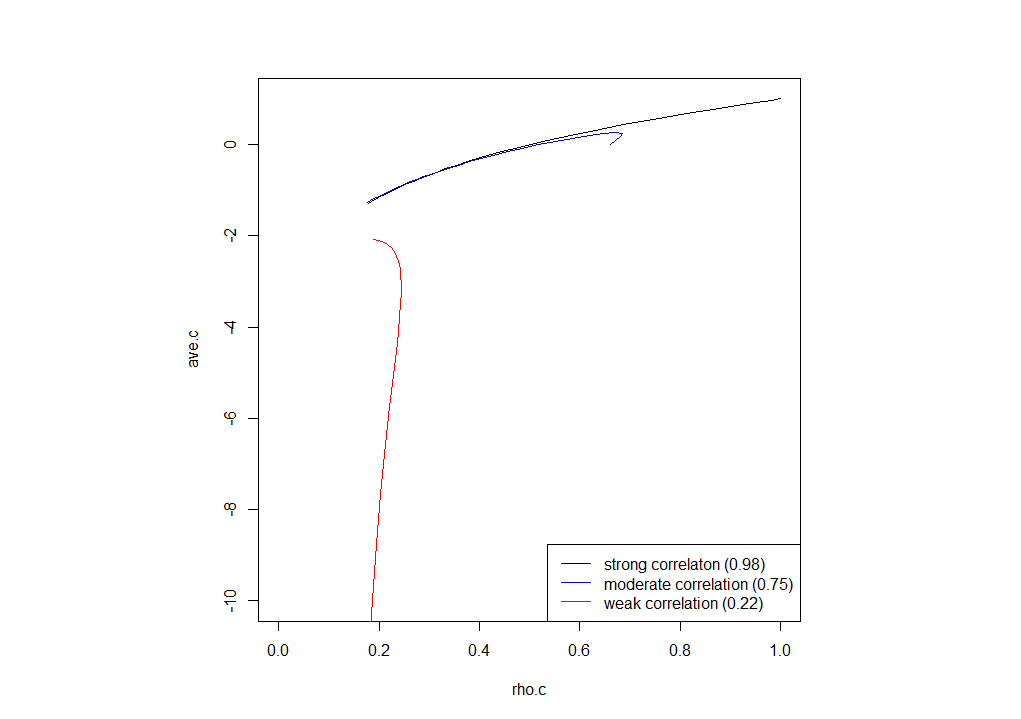