Is it possible to vary the slack of a Support Vector Machine (SVM), such that there is more slack on one side of the decision boundary than the other?

Take for example a case where you need to train a model to classify one scenario over another, where a false negative is much more costly than a false positive.

Is it possible to vary the softness so that it would appear like the figure below, where one side has more slack than the other?

Please note that the picture is exaggerated and only used for illustration purposes only and by no means represents how a real SVM would draw the margin. 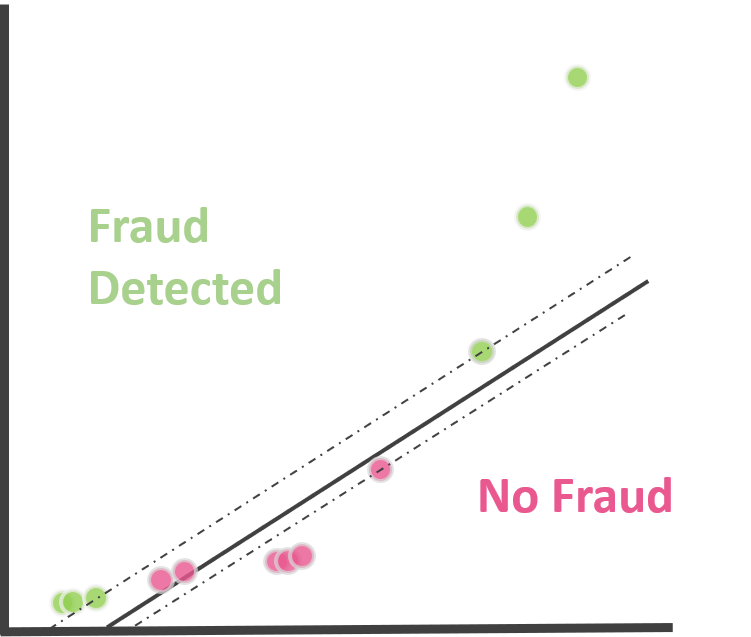 I don't think that would be possible without substantial changes as it would require the slope of the hyper-plane to be different on either side of the decision boundary (in which case it would no longer be a hyper-plane).

However, you could get a similar result by using a different slack penalty (usually the C hyper-parameter) for positive and negative patterns. Many SVM solvers support this as it can be used to compensate for unequal false-positive and false-negative costs or for situations where the class frequencies in the training set are different from those encountered in operation. Mrs Marsupial and I wrote a paper on this some years back, but there were several other papers that published similar results around that time.

Not the answer you're looking for? Browse other questions tagged machine-learning svm or ask your own question.