Estimate the number of common members in two populations

Suppose population A has $N_1$ members, and population B has $N_2$ members. There are $K$ common members in the populations. We want to estimate $K$.

Draw a sample of size $n$ from each population. Through comparing them, we find that these two samples have $k$ common members. How to estimate $K$?

However, in the original problem, both A and B are actually samples from two larger unknown overlapped but distinct populations.

Use maximum likelihood estimation on K:

where nCr is the N-choose-k combinations.

I couldn't find an analytical solution so I wrote a few lines of code to calculate it, with an example like this: 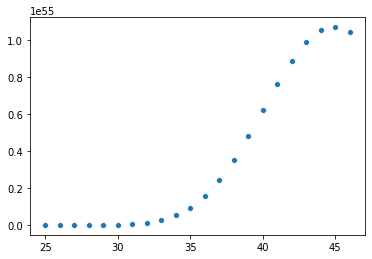 In a 2019 paper titled Bayes-optimal estimation of overlap between populations of fixed size, Daniel Larremore presents a solution when $N_1$ and $N_2$ are fixed and known. I'm not gonna repeat the whole paper and just present the main result. Without loss of generality, assume that $N_1 \leq N_2$. Further, denote $n_1$ and $n_2$ the number of samples drawn from populations $N_1$ and $N_2$ and $n_{12}$ the number of shared members in the sample. We also assume a uniform prior over $K$ (the true number of shared members), which is $p(K) = N_{1 + 1}^{-1}$. The posterior distribution is given by:

Here, $P(x\,|\,t, u, v)$ denotes the hypergeometric probability of drawing exactly $x$ special objects out of $t$ draws, from a population of size $v$, in which there are $u$ special objects total. 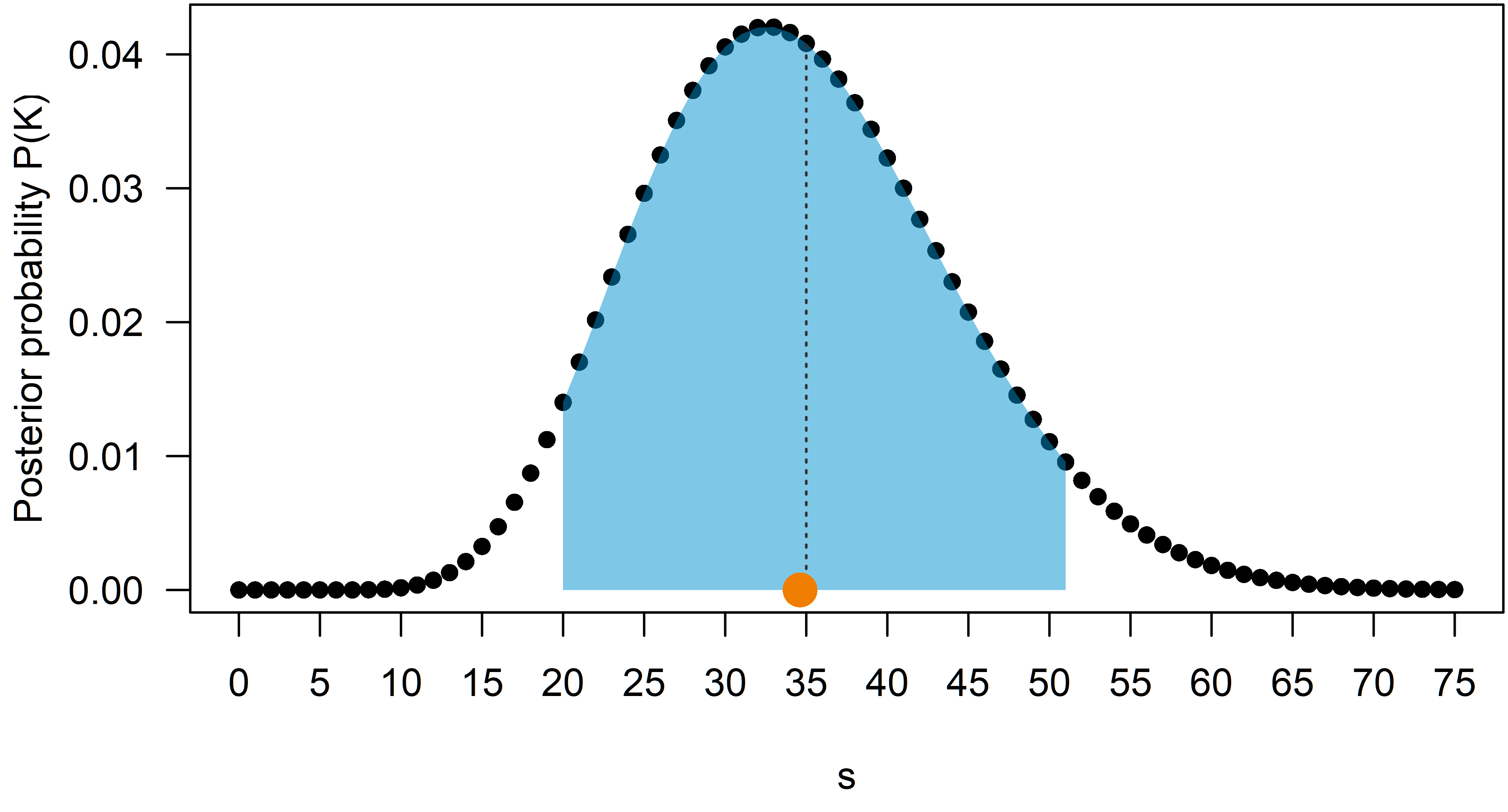 To test the performance of the estimator, I repeated the above procedure $50$ times and recorded the posterior mean and $90$%-credible intervals. Here is the plot: 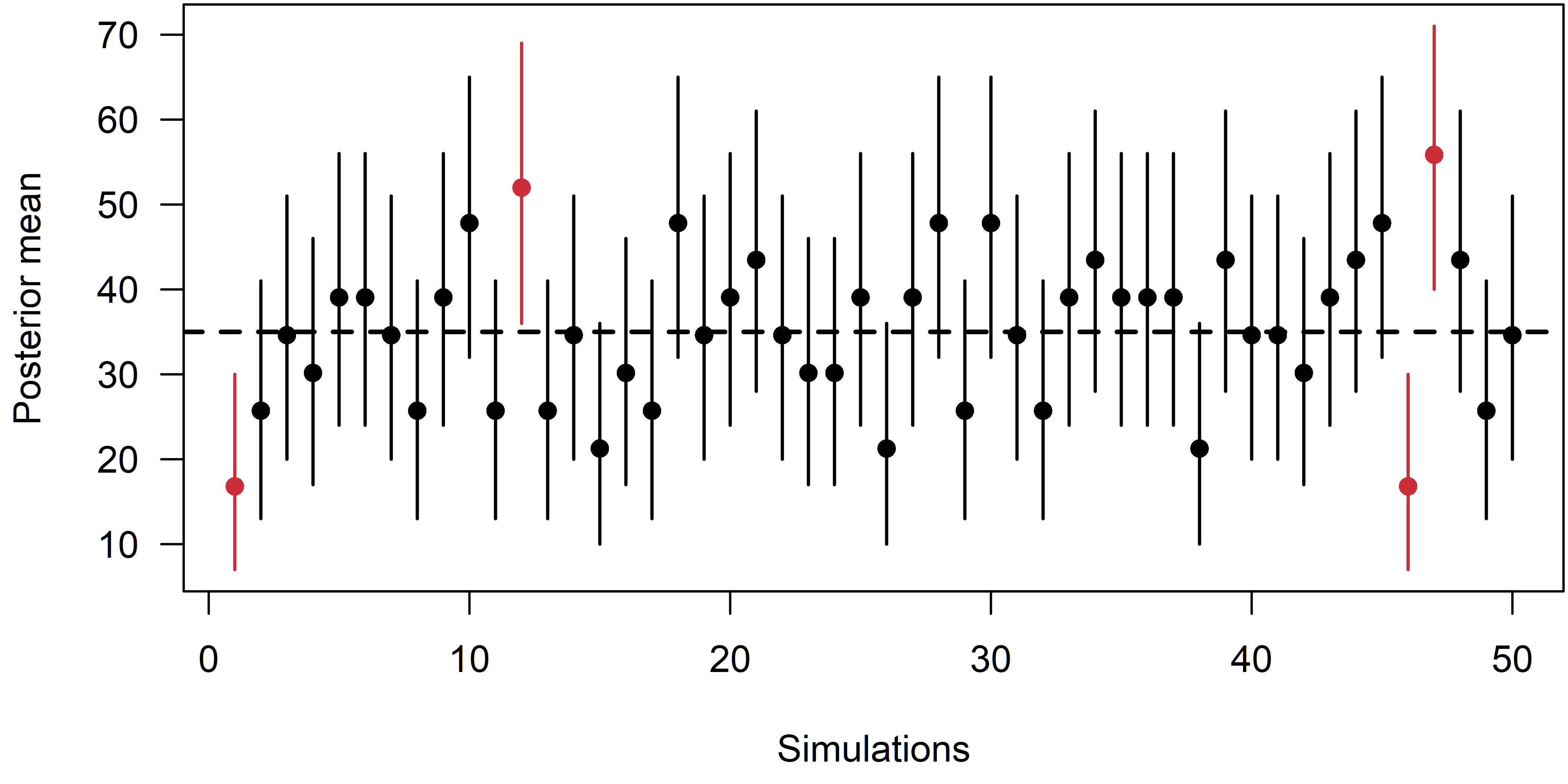 Not the answer you're looking for? Browse other questions tagged inference capture-mark-recapture or ask your own question.

4
Estimating population size of a subgroup based on independent samples without replacement
2
Is this the correct likelihood equation?
1
Should we apply z-test or t-test for testing the difference between two sample means?
4
Estimate probability of selecting the same card more than once
1
Neyman allocation and proportional allocation